On October 16, I took part in the Hill Climb in Daisen. An event organized by the Tottori Cycling Association. Not officially a race, as the road was not closed [there was one place where you might have to stop : there was one traffic light… I was lucky, in a good timing…], but anyway I can tell you there was a bunch of us who took it as a race :-)

Goal was pretty simple : start from Odake Castle [a big hotel] and ride up the hill during 14k. For those who wanted [80% of participants I heard, including me] it was possible to ride for 4k more up to the mountain. From 0 to 14k the elevation was of 760 meters and at the end of the 18k, close to 1000 meters.

198 riders registered so we were divided into 10 groups starting one minute apart from each other. 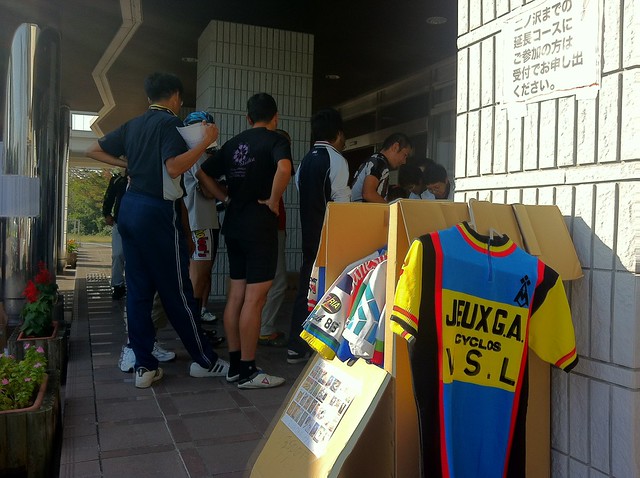 At registration we could chose a level : expert, middle or beginner. I chose middle as I hadn't raced for years and had trained for only 2 months and a half. I was in the third group to leave with number 51, maybe the best number to wear in a peloton :-) [This is because many Tour de France winners had this number... to make it short] 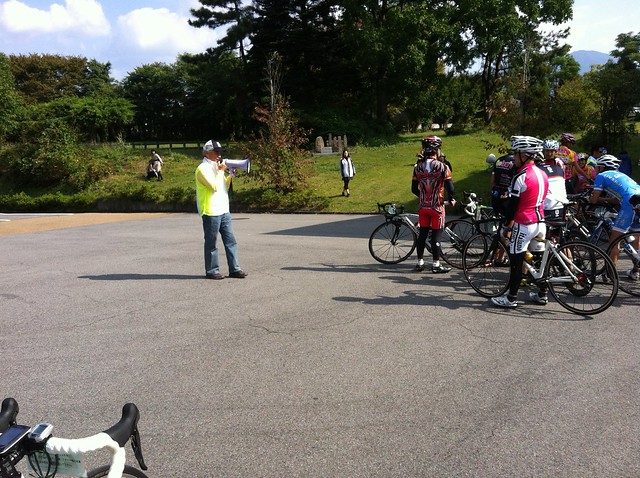 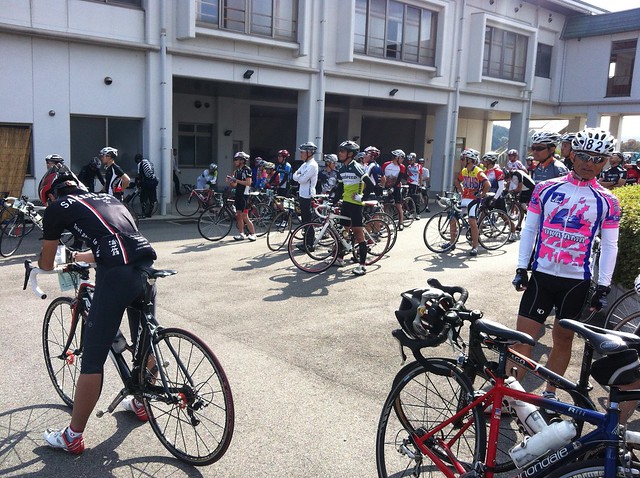 Groups are forming, getting ready to start in the right order. 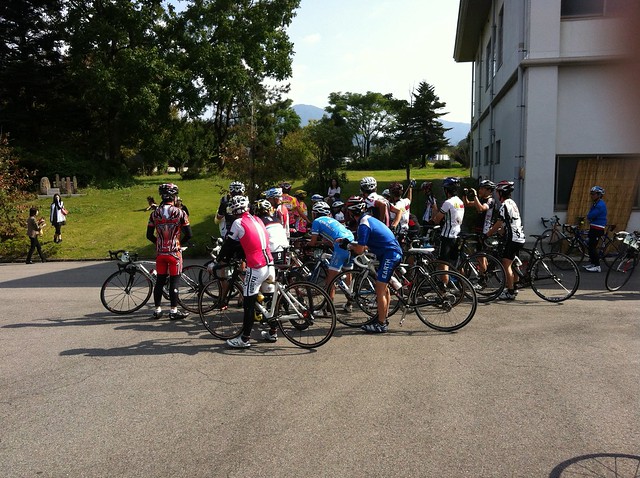 The fastest riders waiting for the gun. 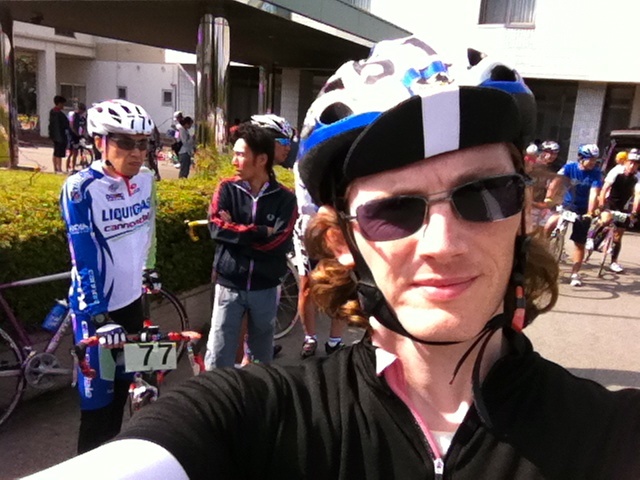 Yep sunny day that was!

So at 10:32am my group started. Ah, we were asked not to overtake each others too much in the first 3km a the road was very narrow then, so for safety reason, riders who wanted to go fast were asked to be on front of their group from the start.Ok.
After riding only 200 meters, to my surprise I was on the first position of the group. I kept holding what I felt was a cool pace but nobody tried to go faster then. Maybe I was too excited but checking on my speed, that was very reasonable considering the road was quite bad in these kilometers. So I kept leading the group for about 3-4k, these first kilometers were the fastest of the race then we reached the real climb. At that moment we also caught some riders of the previous group.
Also 2 or 3 guys from my group overtook me then (I was expecting that), so I jumped in their wheels. I could not follow the fastest ones and decided from then to focus on my own pace, the most difficult part of the climb being the last 4km, that's where tired riders will lose a lot of time. 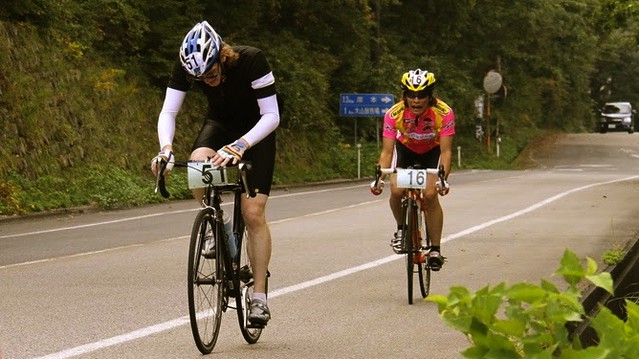 So I rode pretty much alone most of the following 10k. I could catch few guys from the previous groups but also was caught myself by other riders.When you ride alone the tough thing is to keep a "race" pace, at 11k I felt I was losing it but just at that time a guy passed me and I decided to stick to his wheels, I am sure it helped me to save some minutes then. 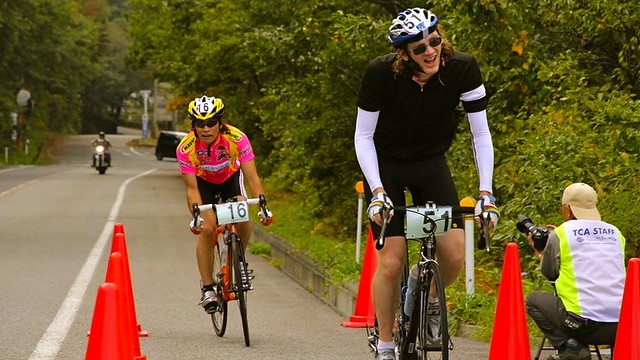