About tablets and the iPad

I've read a lot about the iPad. Mostly either the authors point at the lack of functions to bash the product or on the contrary we have the fan boys comments. But I have yet to read someone describing what he would do with it or could not do with it and why. 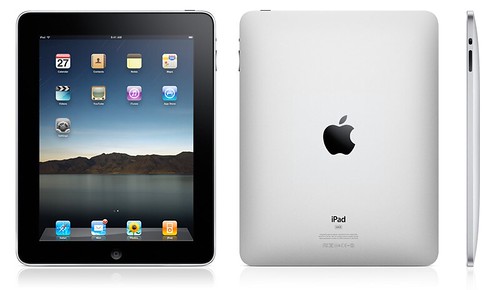 I am going to try that. Don't expect anything too much technical here though.

Between September 2005 and June 2006, I had in my hands a TabletPC. The model was a Fujitsu and to go with it, was a blue-tooth keyboard and a [big] dock. 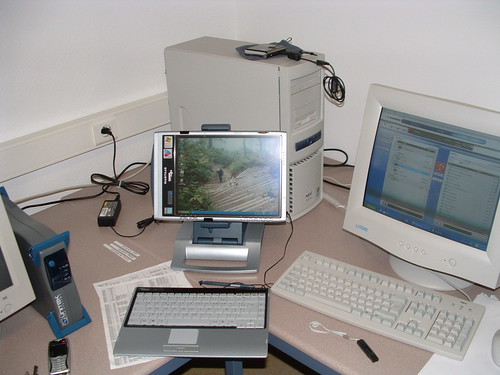 I was working in a Junior High School as a part-timer (was studying Japanese at the same time and did some web stuff also) and was kind of the computer guy. This school had a nice project for students, one group was selected to be part of an experiment in which they had to use the tablet in their everyday study. That's why I could have one, for technical support. 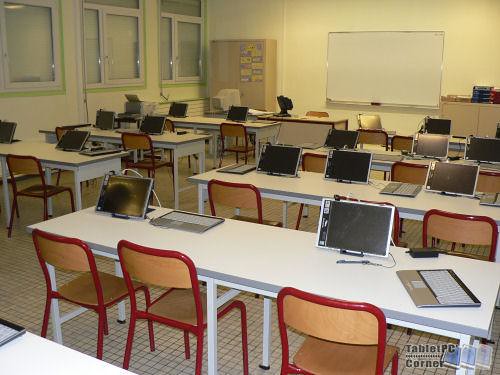 Despite the tablet was running Windows and that I was already a Mac Os X convinced user for a while, I simply loved the tablet.

Surfing the web was a totally different experience, much more fluid in my opinion. The way to use applications was also a real pleasure, I mean for a windows OS :). I must add I never had any problem with the Windows installed on it. And, it was not a touch screen but I had to use a stylus.

It was a great experience and was quite sad to give it back when I quitted this job. From then I've been waiting for something similar from Apple.

First came the iPhone revolution. Everything was then ready for a tablet.

And here is the iPad, I've waited (well, kind of) five years. Most of people still wonder if they really need that or totally bash the object without having ever tried any tablet. I used a tablet before and I know why and how I'll use it :)

What do I do with a computer?

First I work, I am a Web Developer. Then I blog : so I create content : text, photos, videos (rarely for now). And finally I surf the web, I consume contents. That's all. I am not a gamer.

As a developer what I need is a machine that can run smoothly Aptana, Firefox, Safari, some Terminal windows, a graphic software (sometimes) and Parallel together (to make it short). In my case it can be either a MacBook (actually I still have a PowerBook G4 at home) or a Mac mini.
Let's be honest, even if it is a laptop I would not carry a macbook/powerbook 15" all the time in my bag : it stays on my desk attached with cables to a second monitor and external HD. 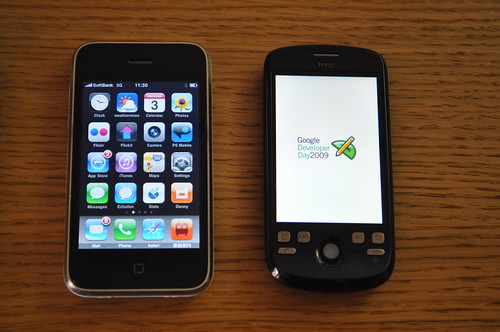 On the move I have for now the iPhone (and even an Android phone) : cool to browse the web in the train and tweet. But for blogging it's not so easy, it is just good for some short live blogging like I do sometime for dannychoo.com. And having only the 3G version (not S) the camera is well ...you know. I am not even talking about the battery.

I'd love to have a blogging machine that I could bring anywhere. I think the iPad could be this machine :

- 10 hours battery (finally!)
- 3G and wifi
- SD slot (to import my DSLR photos. It is an accessory though, not built in :(... I guess someone realized at the last minute that people would go extra mad if there was no SD slot in the machine.)
- all the iPhone apps (I have big hopes on this, imagine what the app developers will do for a better processor and a bigger screen. Think photoshop or flickr for example. I think the new iWork is here to show the way and what is possible to create).

One use of this blogging machine would be after a day of a photo-walk, having a rest and build my blog post in a cafe :D or even at home, it would be a nice way to surf the web and read away from my desk.

Of course you will argue that the next version will come with a built-in web-camera for video-skyping, and maybe multi-tasking and a bigger screen and other cool features.
Also in Japan for now only Docomo announced that they will make the special SIM card. As I already pay for the iPhone a 3G connection I'd like to think that Softbank would propose a combo offer for people having both of the machines ... Maybe I dream too much here...

Well I guess we will know much more about that before the Japanese release anyway.
I can hear already some of you calling me a mac fan boy, but no, I am not (well a tiny bit), and I also want to see what Google will offer with their Chrome OS multi-touch tablet, it might be a good candidate for what I need too. Just hope it will pop out in the next 6 months. 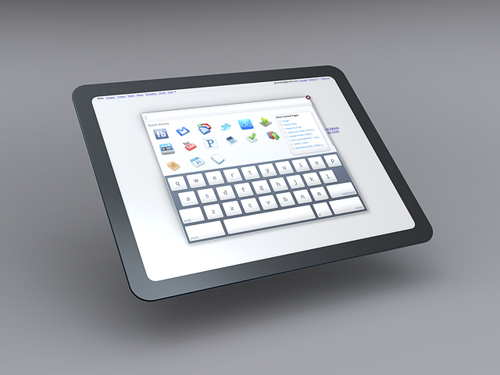 UI concept for the Google tablet from Chromium Project 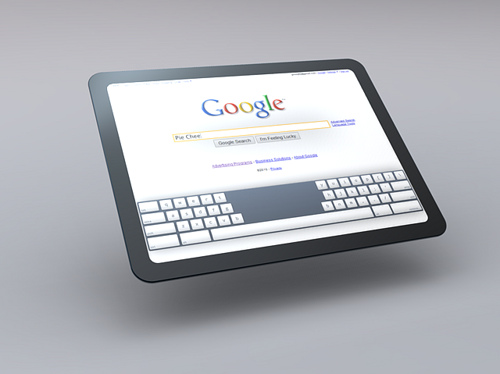 So for a little more, wait and see.