It's been a while that I uploaded some bicycle related article here. So time to catch up a little bit. [an other article should follow tomorrow or monday]

As I needed to buy some new tubes I visited the Y's Road shop in Yokohama. It was a good occasion to check their fixie corner. As I said in an old post this shop is not specialized in fixed gear bikes but more on road race ones. In this category they have everything you can dream of.

As for the fixed gear bikes I was a little bit disappointed this time. 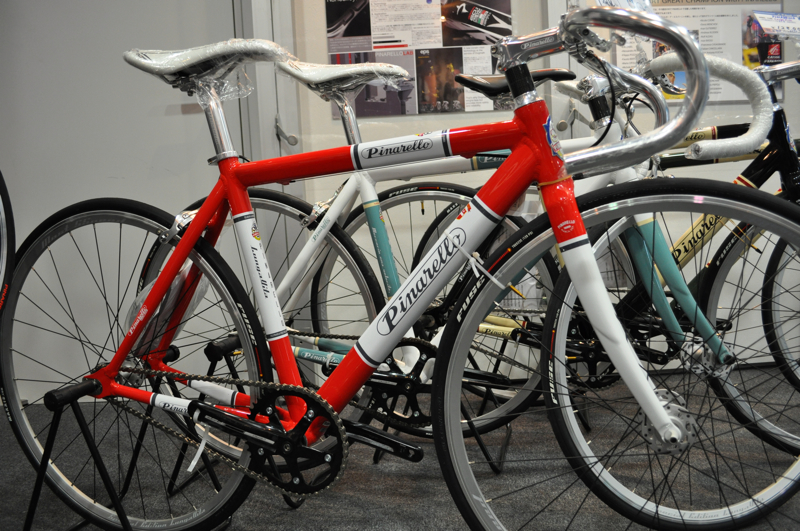 The first noticeable bikes were the Pinarello. I think they did a good job for the colors choices.The colors remind of old classic bikes, the front logo also adds a classical touch. 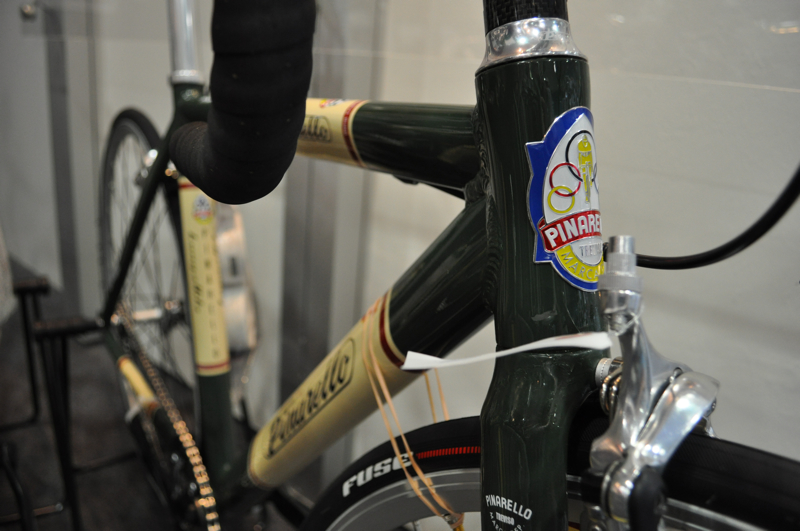 But it does not match with the bike design in my opinion : sloping frame, quite ugly welding, over sized tubes, integrated head-set, road race style saddle. It is kind of an in-between choice of style, classic and modern. Plus it is not really the quality we expect from a brand like Pinarello. 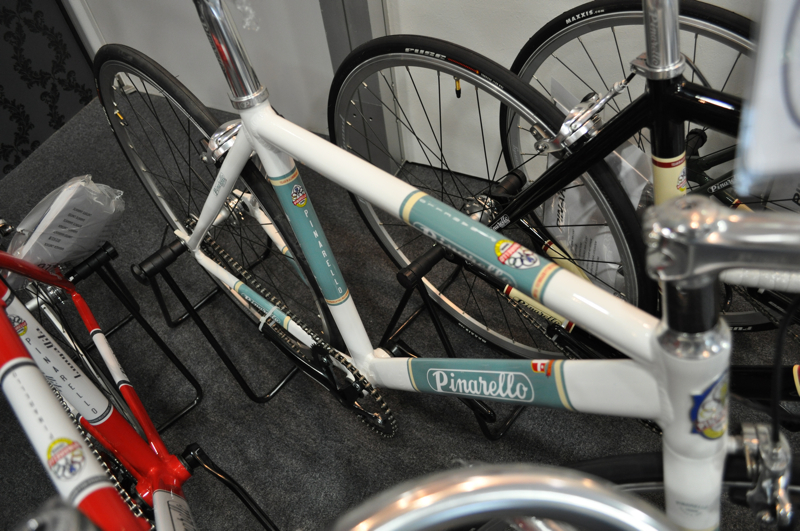 Clearly they wanted to be represented on the fixed gear market but it is not my cup of tea. Imagine this color scheme on classical simple tubes it would have been great and maybe not that much more expensive. 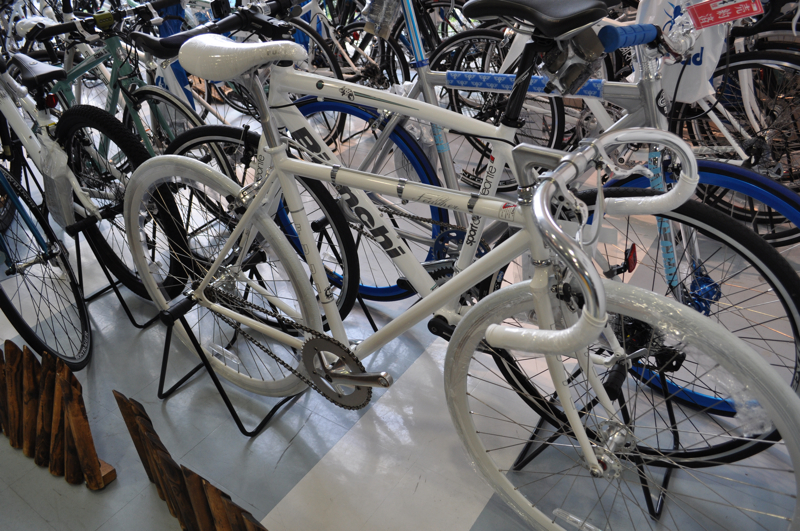 Only one Fuji in stock here, an all white Feather 2010 model. Also a sloping frame but it is because it is a small size one. Bigger ones are not slopped frame. 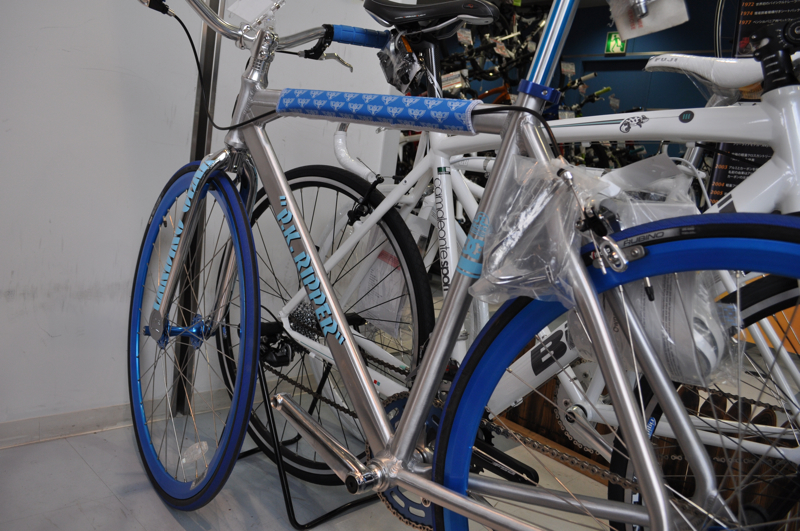 Okay sorry but this one I find it totally ugly and looks cheap. I am not talking about the color scheme but about the street style frame. I wonder what tricks specialists think of that… It was sold 134400 yens and now 80640 yens…mmm… I guess I missed something that explain this price. Not my thing anyway. 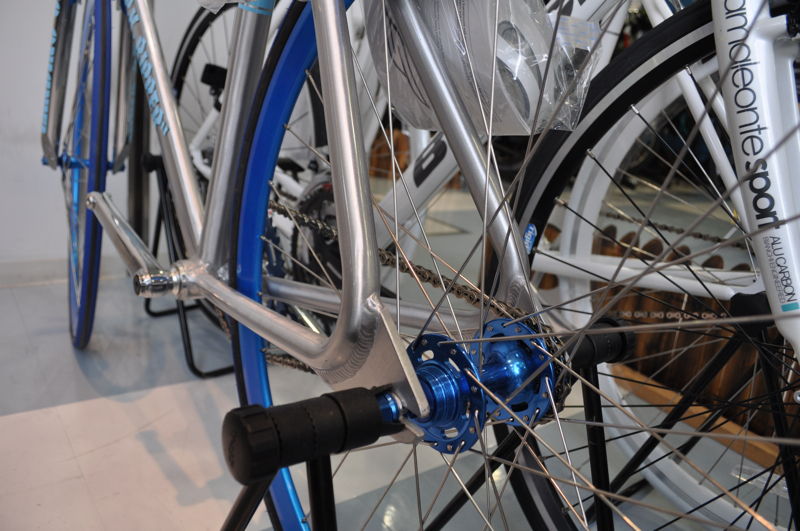 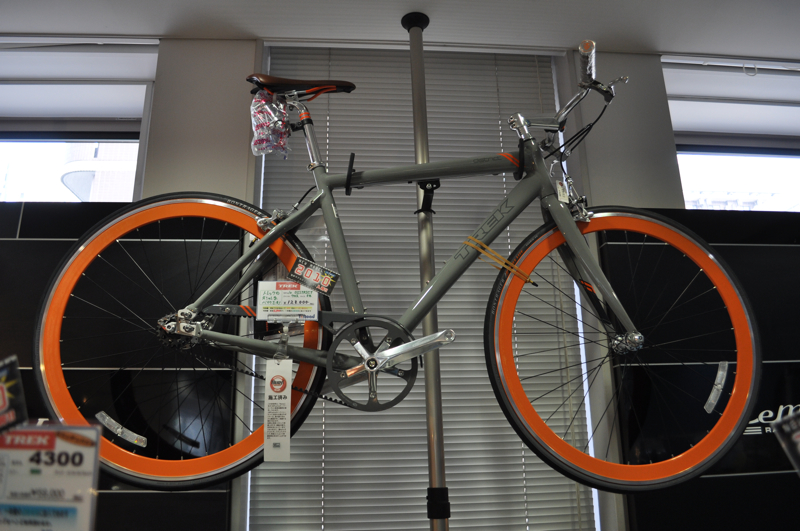 A totally different style for this Trek single speed. They chose the city bike style and the result is quite okay in my opinion. Not cheap at almost 130000 yens but it looks like a good quality bike, perfect for commuting or family cool rides during the week end. 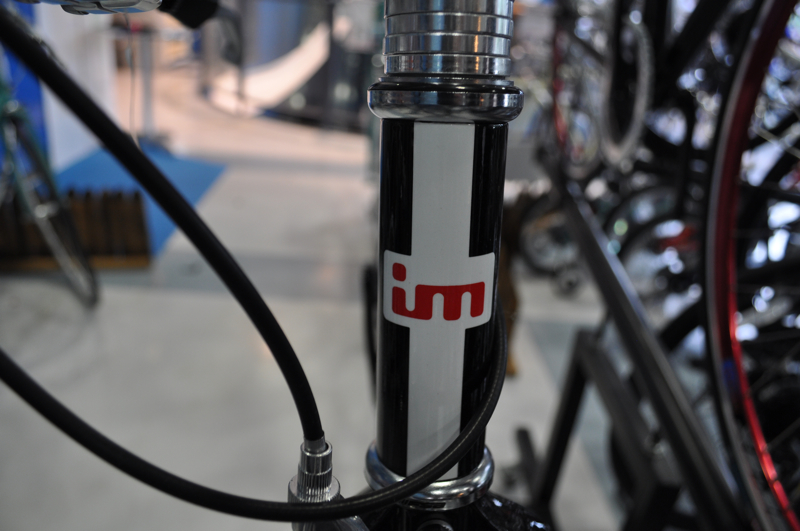 Here a product of Intermax, really cheap this one, just less than 50000 yens!  With a flip flop hub like the Fuji Feather. It does not look bad, a nice price for someone who wants to try a single speed bike fixed gear or not. 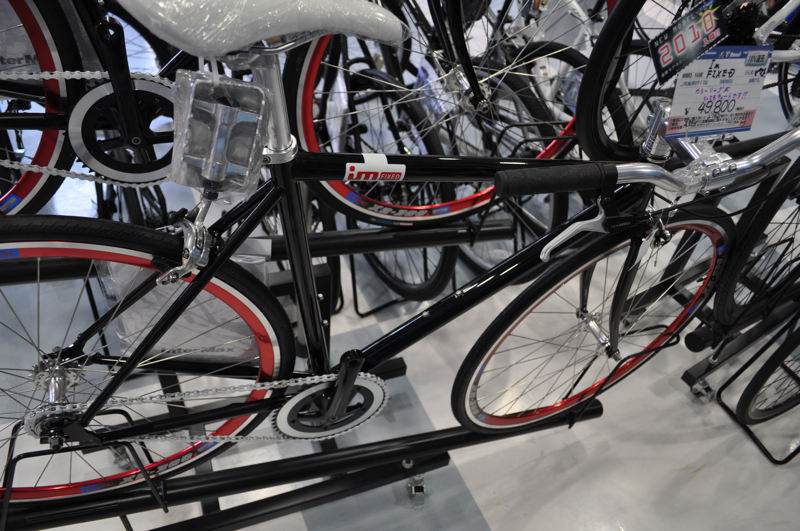 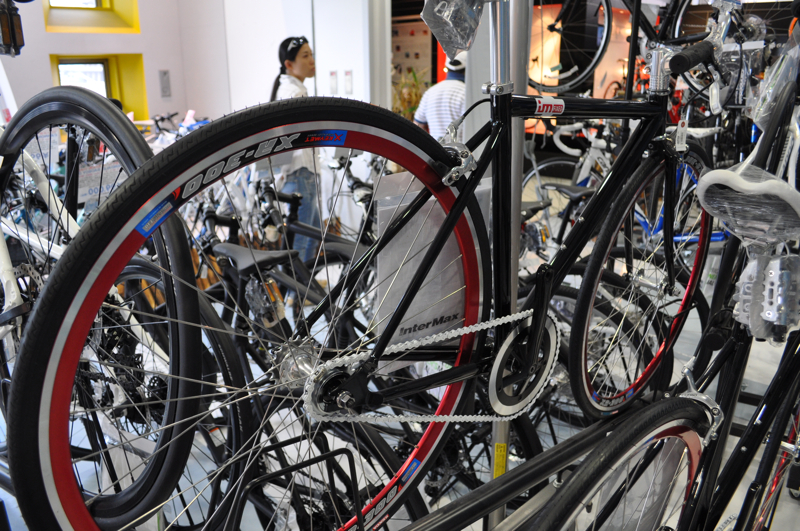 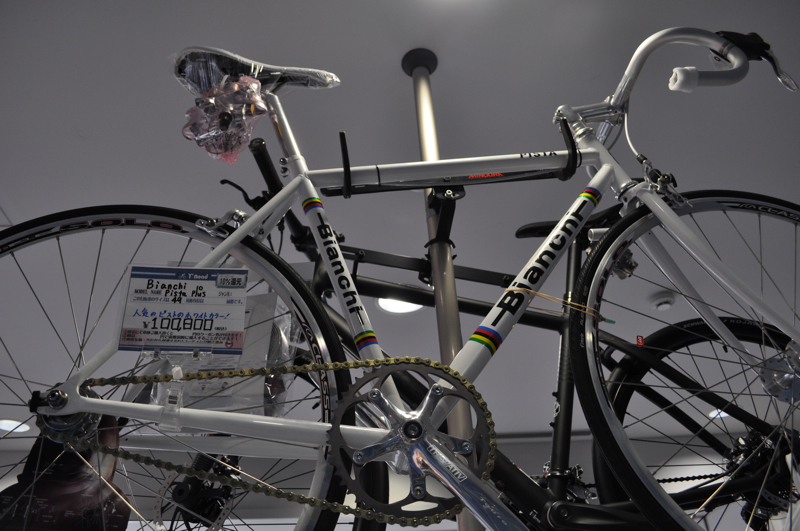 The famous Bianchi Pista for 100800 yens how much is it in your area ? 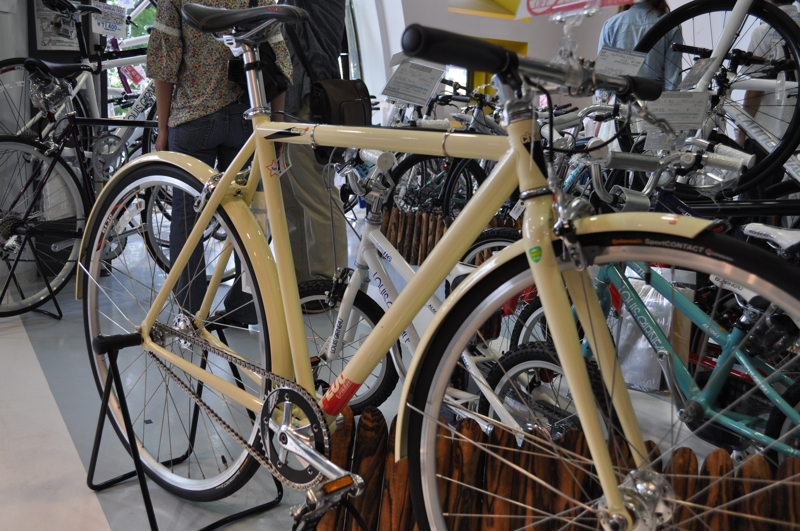 And to finish with an other single speed with a nice old fashion touring style, the model is the 2009 Plug Grinder by Charge Bikes, initial price was 94500 yens and there a 40% on it. Nice!

Still in Yokohama between Minato Mirai and Yamashita Koen, you can find a nice cycling shop called Bike Town. It is in fact 2 shops just few meters from each others, M Dohi sells the bikes and his wife sells the cycling wear. This is the second one I am presenting you now. 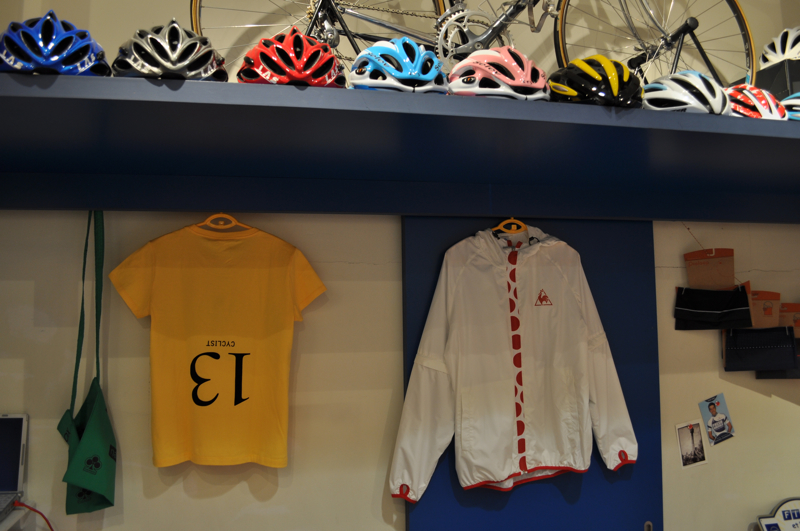 Misses Dohi is really passionate about cycling and we had a long conversation about the Tour de France. She knows it and the racers very very well! She even gave me her pronostics for the first week of the Tour, seeing a strong Cancellara and a Contador in trouble! 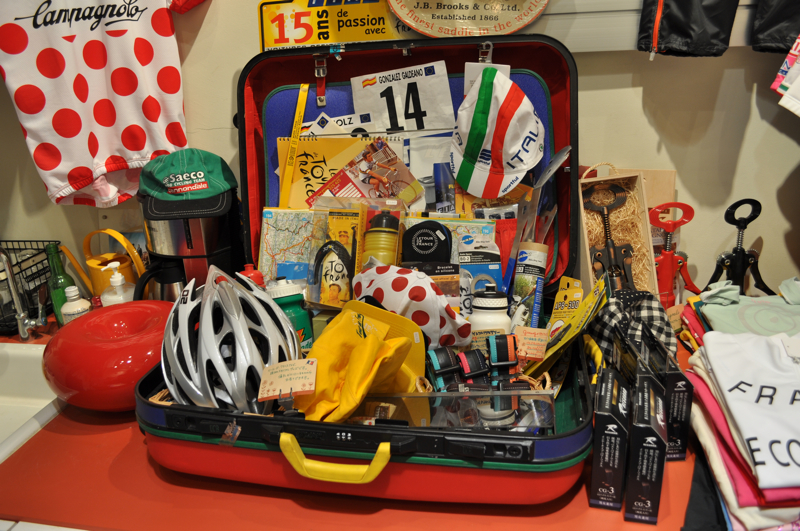 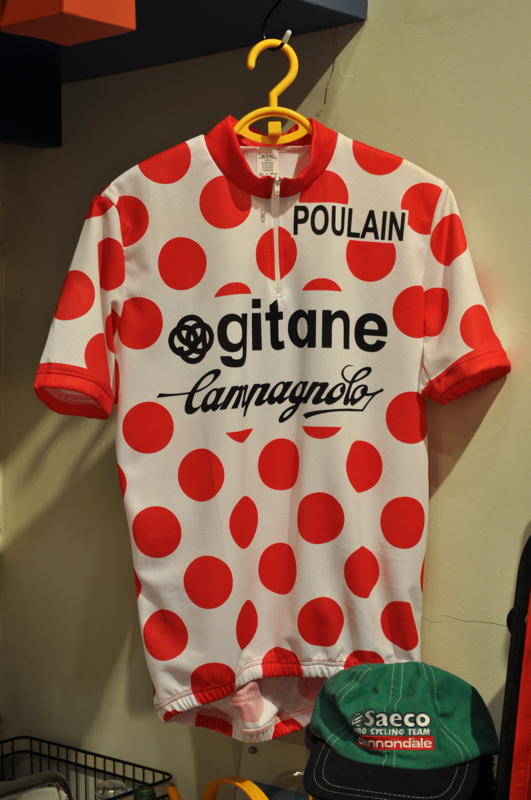 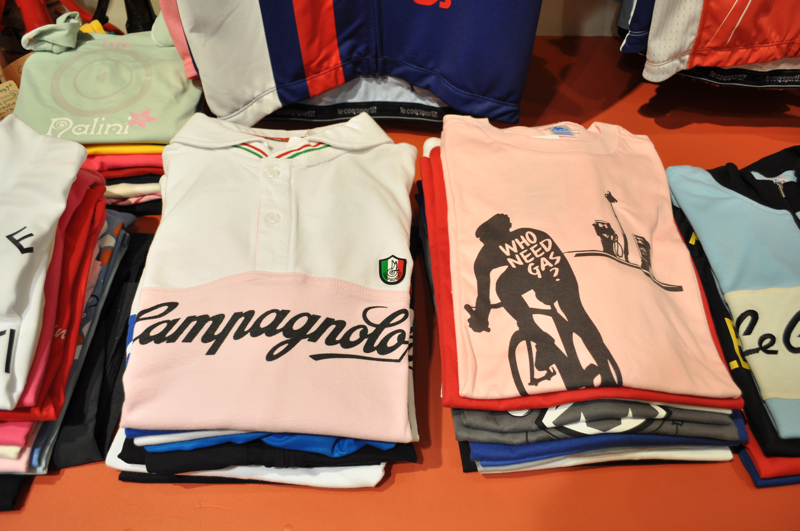 And I could not resist to buy a replica of old school Le Coq Sportif jersey [I went for the blue on the right]. I can't verified it myself but she told me that this line of clothes by Le Coq was only targeted at the Japanese market and not even sold in France. 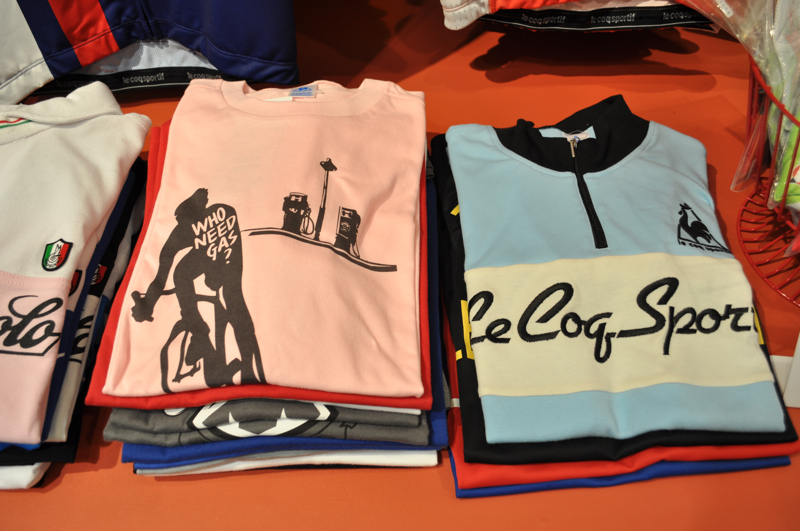 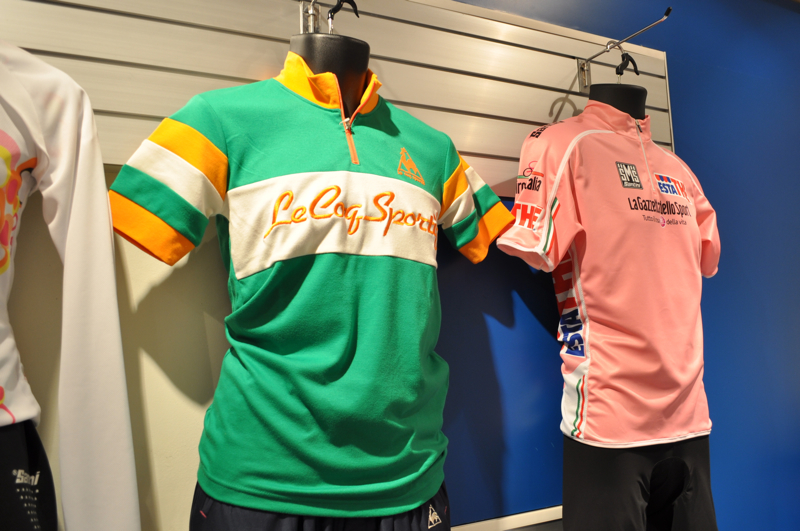 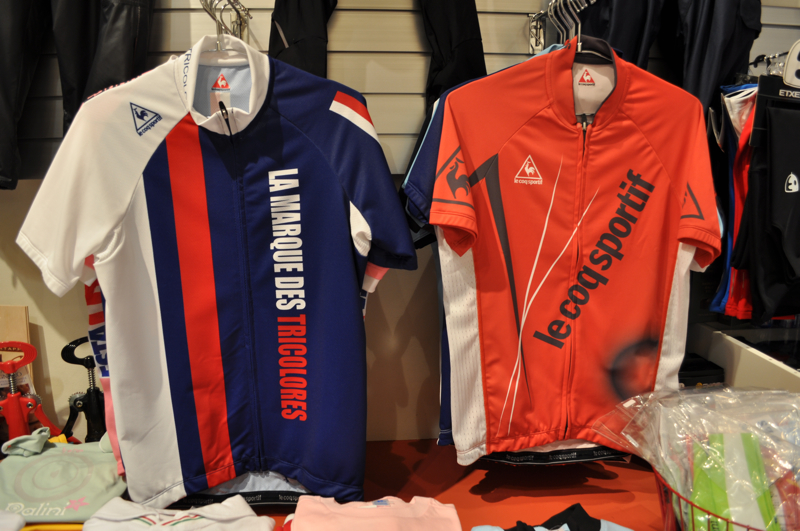 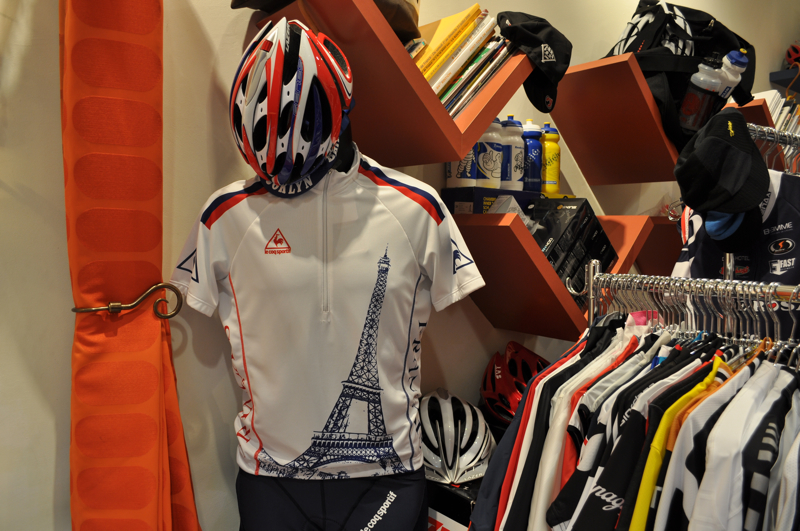 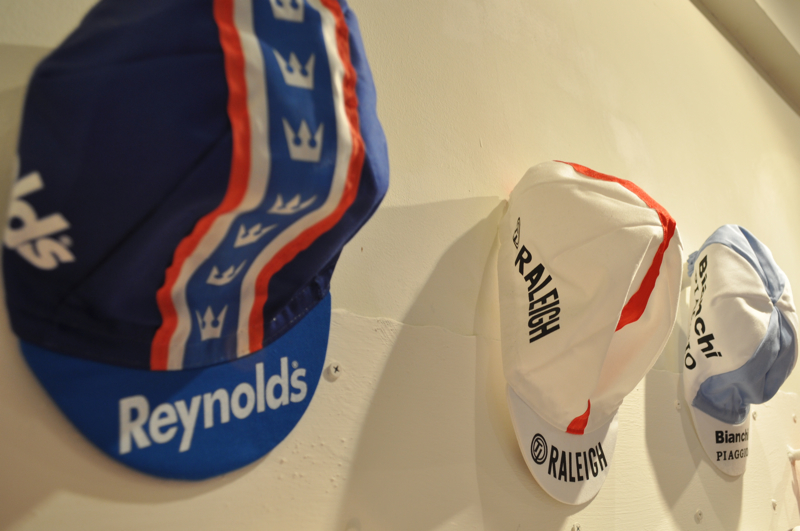 Other interesting items includes 80's Tour de France cap, with team names like Z or Panasonic. At that time during each summer I never missed one stage on TV and sometimes even for real when the race used to cross my city. One of  reason I came to triathlon years later was mainly because of cycling races I watched in my sofa ... 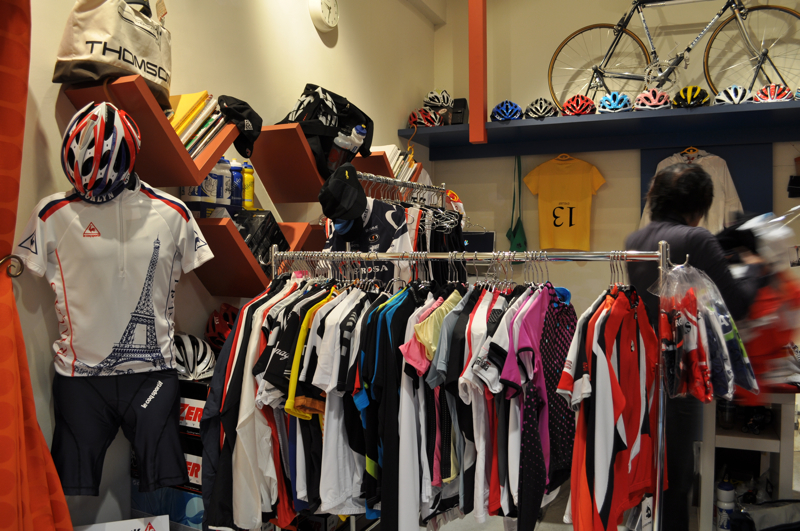 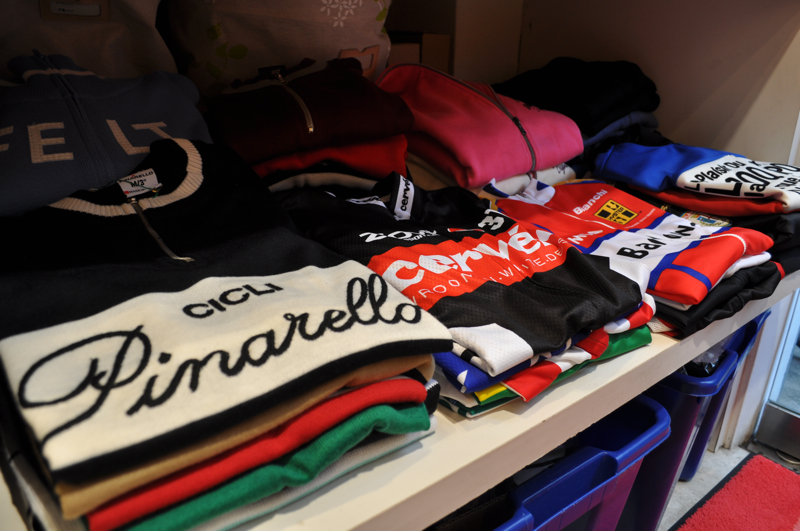 And here nice Pinarello classical jerseys, this is the quality I was talking of before. 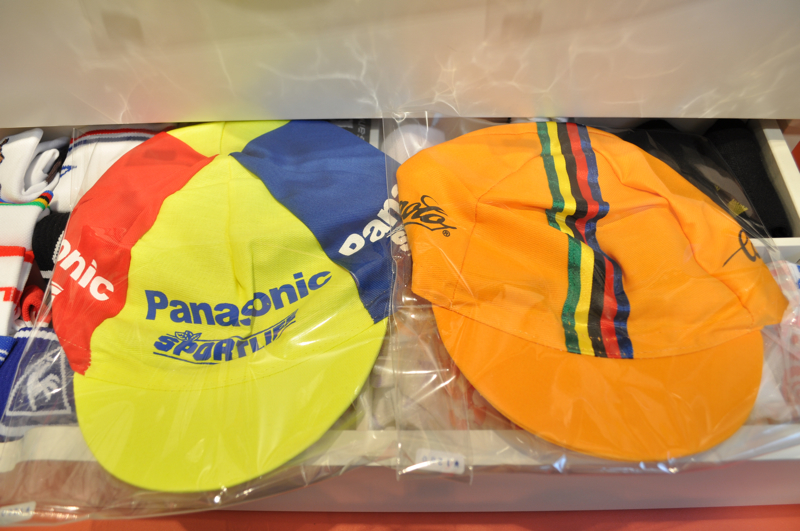 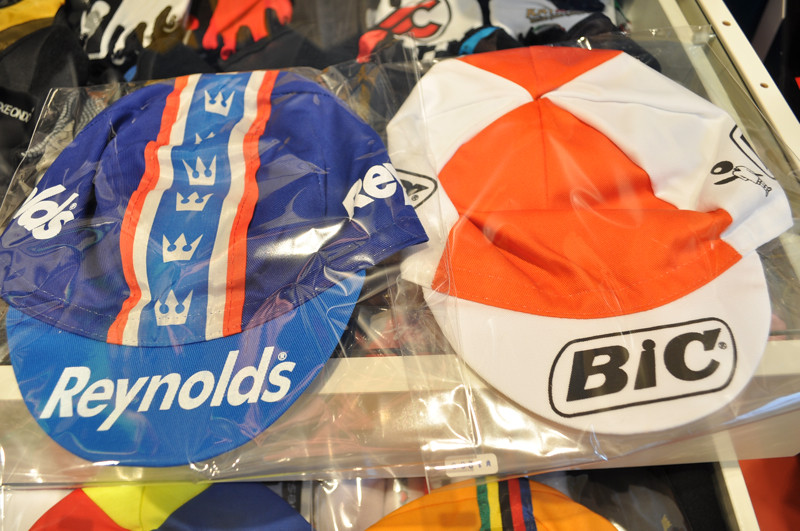