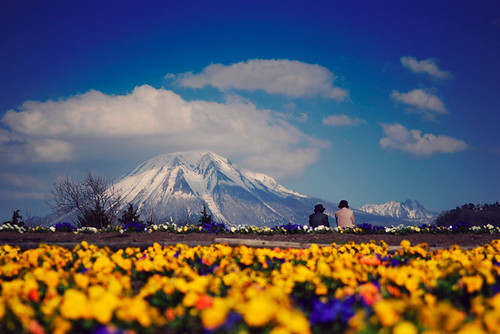 Daisen (å¤§å±±, the Big Mountain) is the highest peak of Tottori with 1710m (and largest mountain in western Japan) and is one of the main attractive spot of Tottori, maybe as much as the famous dunes (Sakyu) in the east of the prefecture.It is my favorite place in Tottori and also for many Tottolar (nickname for people living in Tottori). 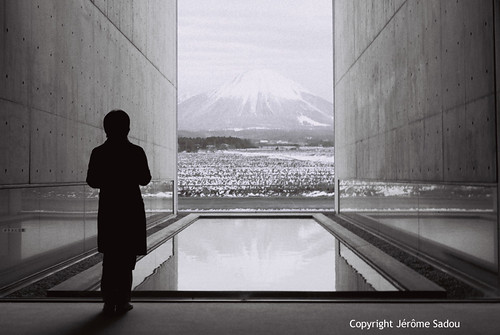 I took this picture from the æ¤ç”°æ­£æ²»å†™çœŸç¾Žè¡“é¤¨ï¼ˆueda shouji shashin bijustukan : Ueda Shouji's photo museum (it s the name of a photographer). I recommend this museum.

Daisen is sometimes refered as the small Fuji as its shape is quite similar viewed from the western part of the prefecture.

It can be climbed by two way, a "pro" course and a "everyone" course. I did not know that 3 years ago when I climbed it by the "everyone" way. The start is at about 700m so we have just 1000m to climb. This way is mainly composed of wood steps, but in july the heat and humidity made it "sportly". The climb takes between 1h30 and 3h I would say depending of your condition.

Me at the top (short hair at that time...). Don't forget to take some water and clothes to change at the top as you'll sweat a lot!.(funny to see how people wear compare to me...)

During the winter it is also a popular ski spot, people can check if the snow covered the mount using live cameras.

Of course, in Daisen area you can find nice hotels, onsen and shrines.

Stoned pavement during 15mn minutes to reach it.

On the way back.