My fixie quest (part one)

Even if it is hell to practice road bike in/around Tokyo, one thing cool is the number of bicycle shops.
I already have 2 bikes, the trek for training and a little (but really heavy) bike I bought almost 2 years ago. I use this one everyday to go to the station so it's always outside...Then now it is dying : the derailleur is broken and the front brake also. It was a cheap bike (9000yens) and to fix it, would probably cost as much as its original value ...So I am looking for a new one. But for this one, I want a real bike! I would say an urban bike... And what is the big boom for the last 2/3 years here as well as all the big cities around the world? The track bike, called also single speed bike or fixed gear or fixie or even pist bike (ãƒ”ã‚¹ãƒˆãƒã‚¤ã‚¯) here in Japan. 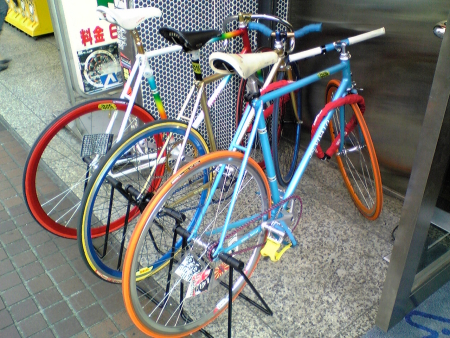 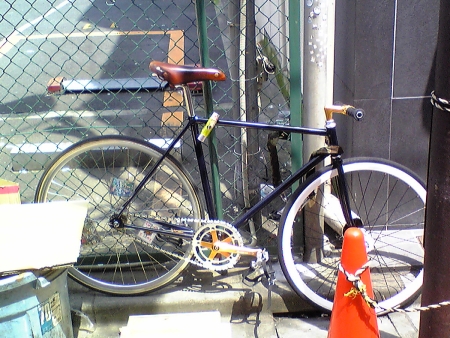 This one in Ikebukuro

Yes, they are cool, they are beautiful, they are sometimes flashy or old school, anyway I want one! I am sure I could really enjoy some saturdays afternoon in Tokyo with such a bike! The thrill of riding without brakes except my legs!
There are some little shops in Tokyo specialized in these items and Yahoo! auctions is also a good place to find some. But today I just went to one of the Yokohama bicycle shops to check what they had in stock. This shop is huge, to compare with, I don't even think in all the Normandie there is such a shop...

As they are not specialized in track bikes I did not expect to find a lot of them. But still they had some interesting stuff : 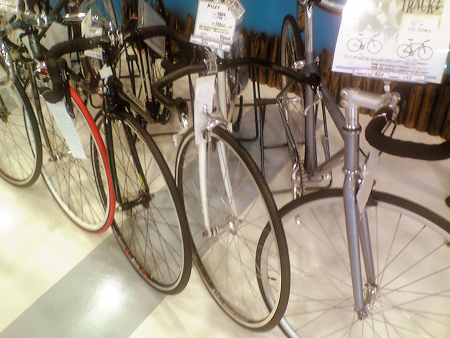 The masis are really nice but a little bit pricey around 100000yens : 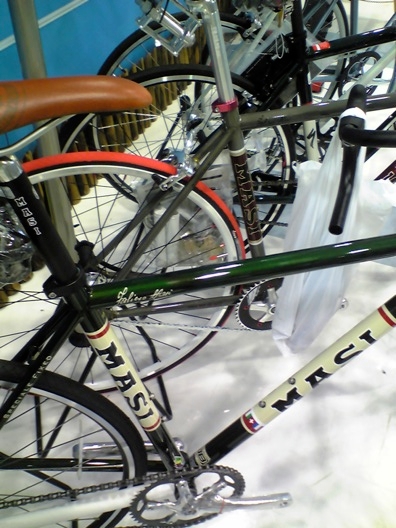 And one of the specialized bike (I don't like so much their slooping design...not good idea for fixie I think) had some sugino stuff...which is good! 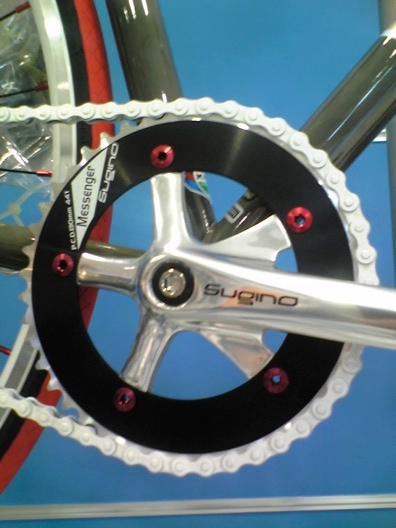 I will visit the little shops in Tokyo next time, and I am also considering the Panasonic that we can order and customize from internet. To be continued!

<-Today was iphone day!   Geeky introduction to the blog! ->