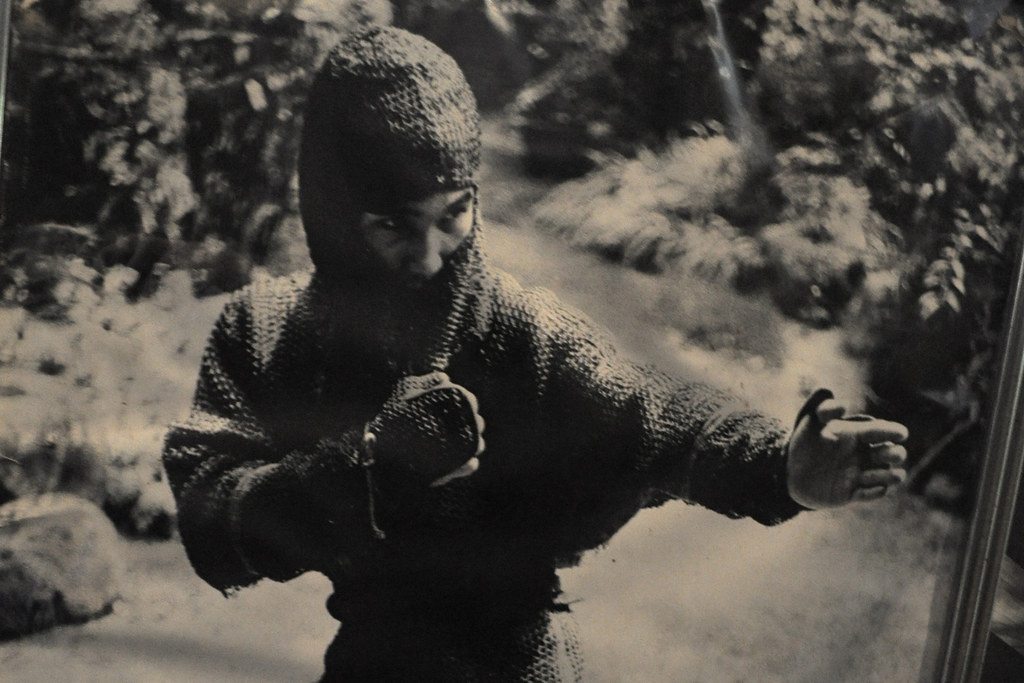 Completely forgot to upload these photos! I took them at the beginning of November during our trip in Nagano prefecture.
We spent an afternoon in this Ninja village : even if it was a rather small place, it was fun! 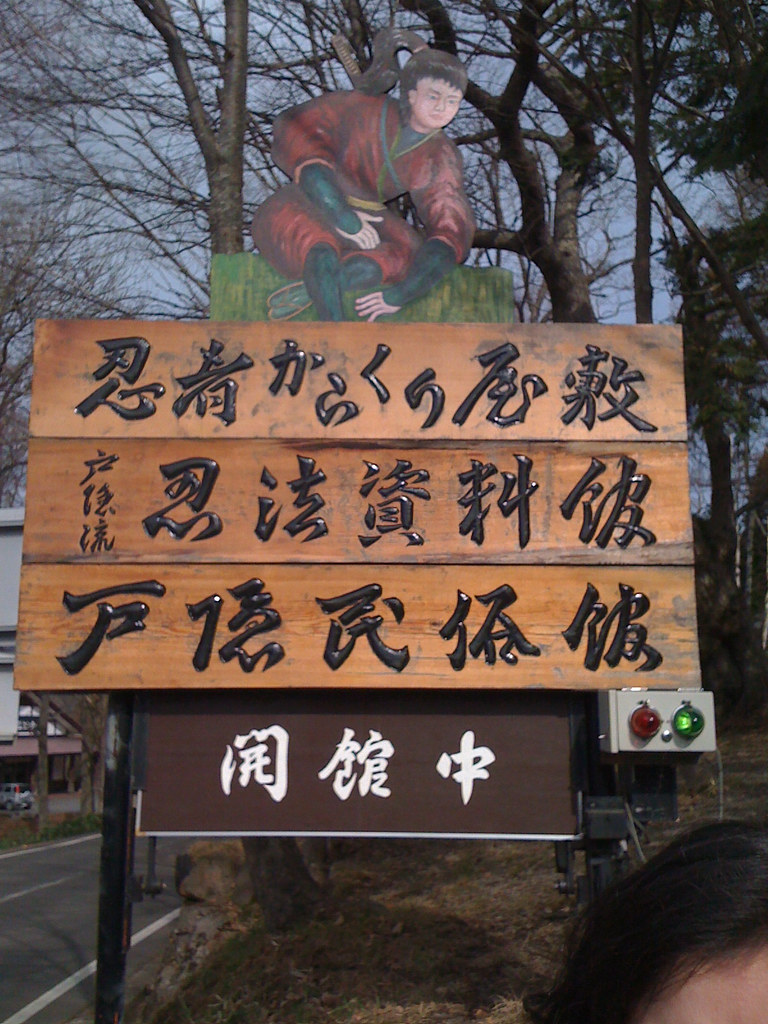 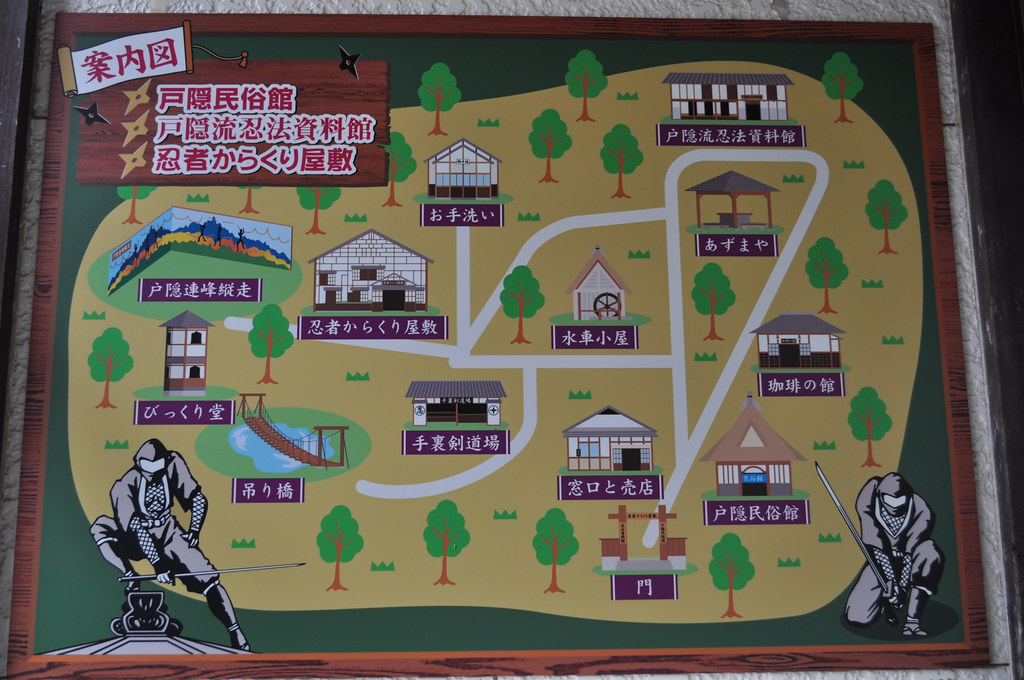 I said village but it mostly composed of 3 main houses. 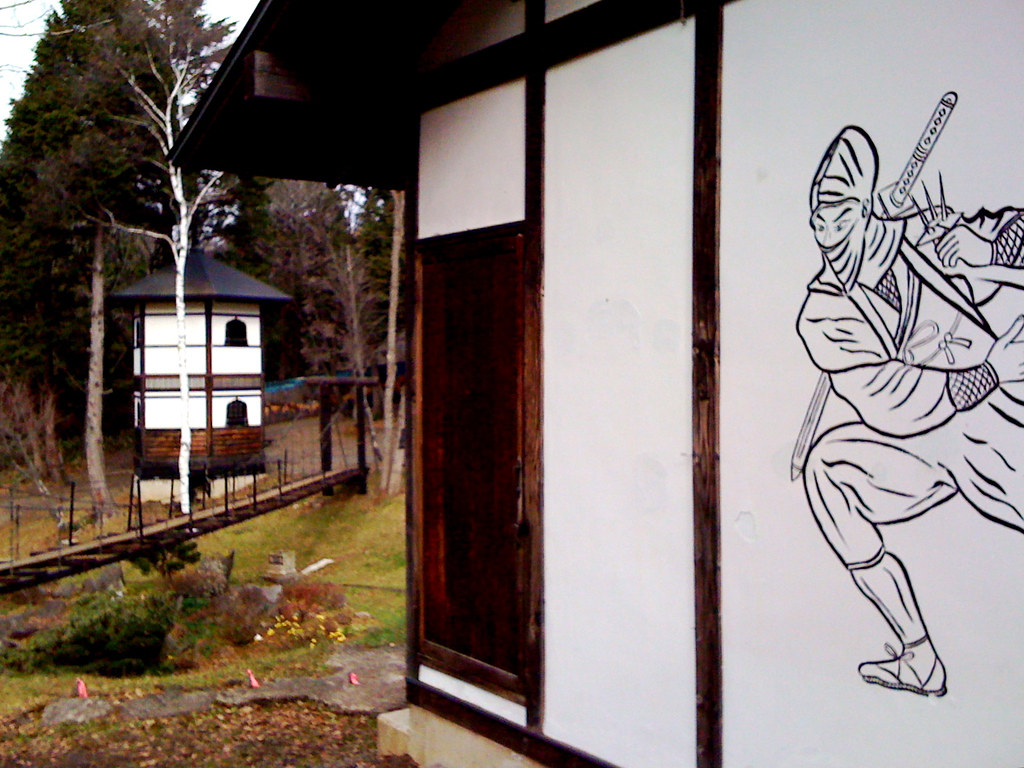 One being a "trick" house. This is where the fun happened! You enter the house and the goal, well, is to get out of it! 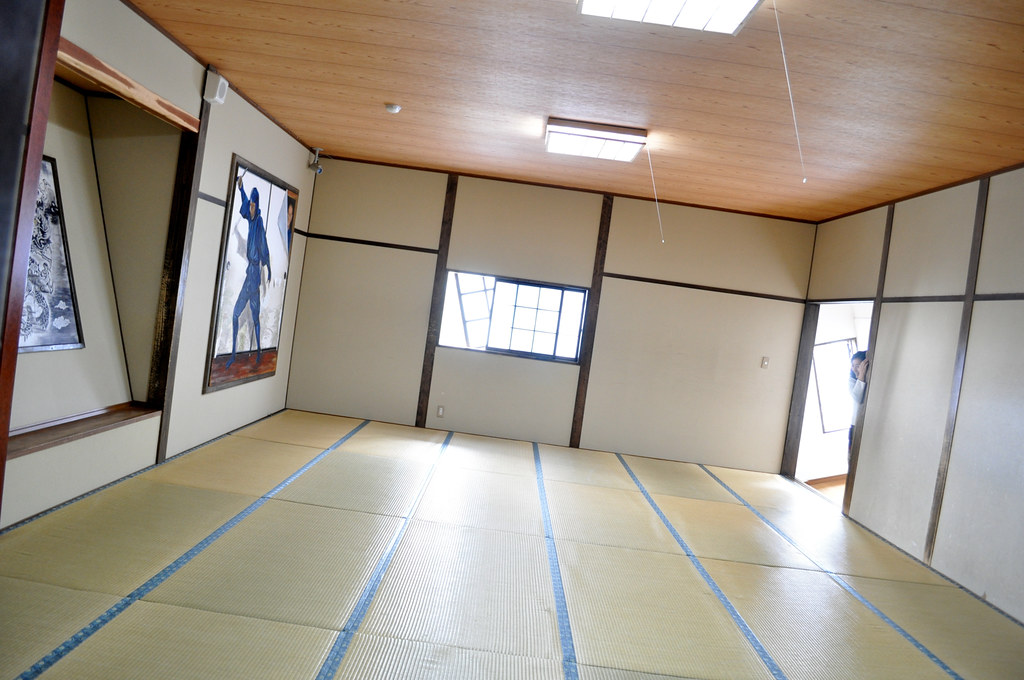 This room was built at an angle, just looking into it I was feeling bad, kind of a car sick (I must be too sensitive -_-). 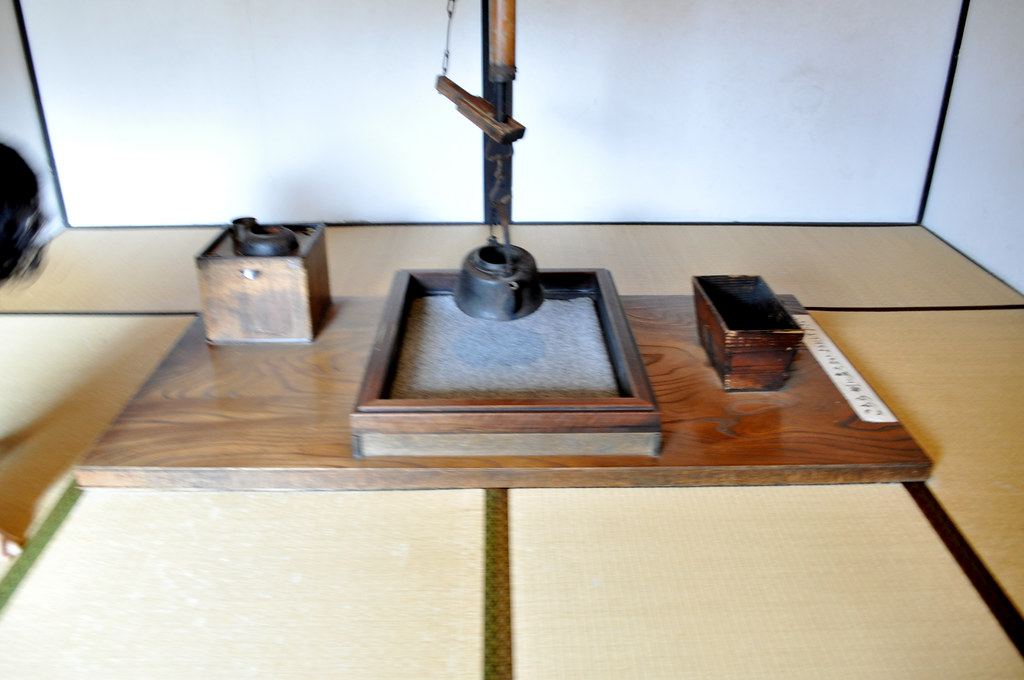 So you have to discover the many secret path and doors. 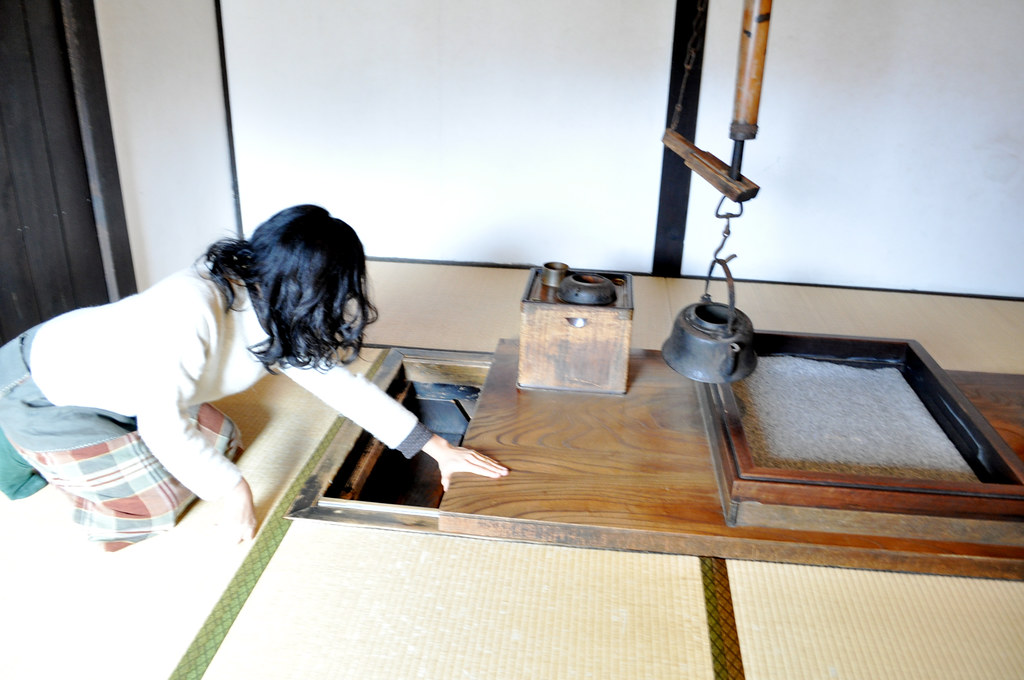 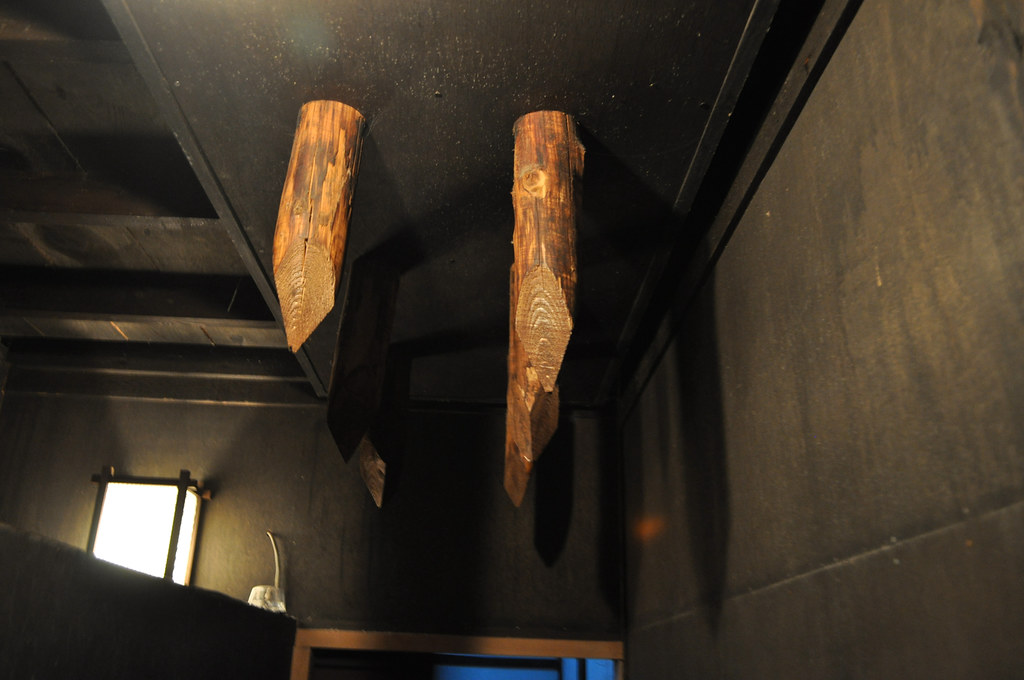 Then there was this wall, much more difficult than it looks like, start was easy but the end asked for skills... 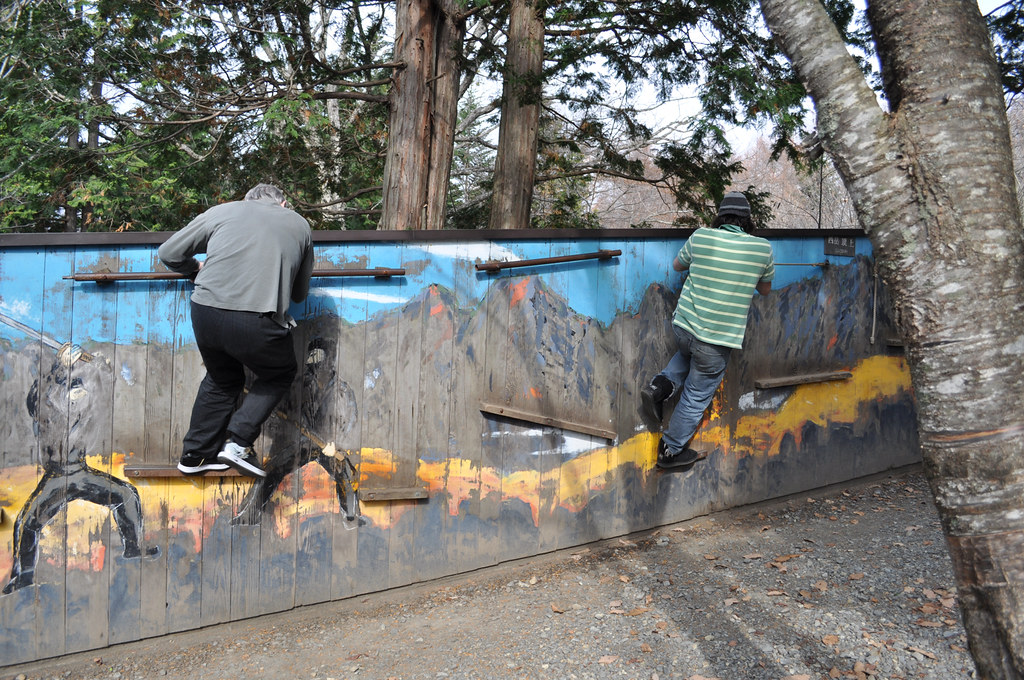 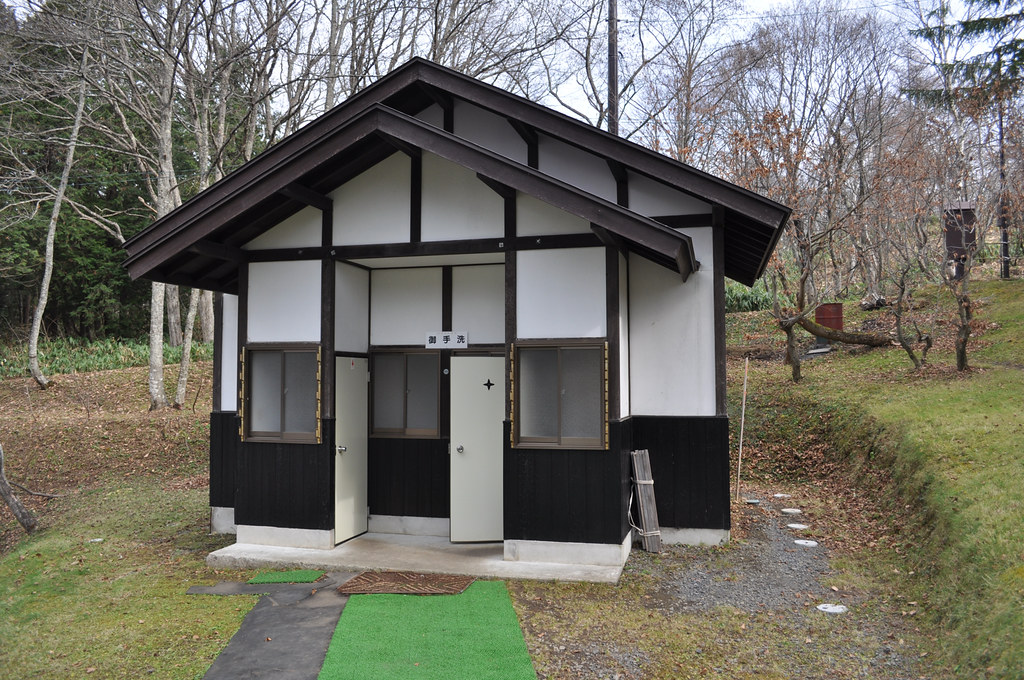 Inside the old mill. 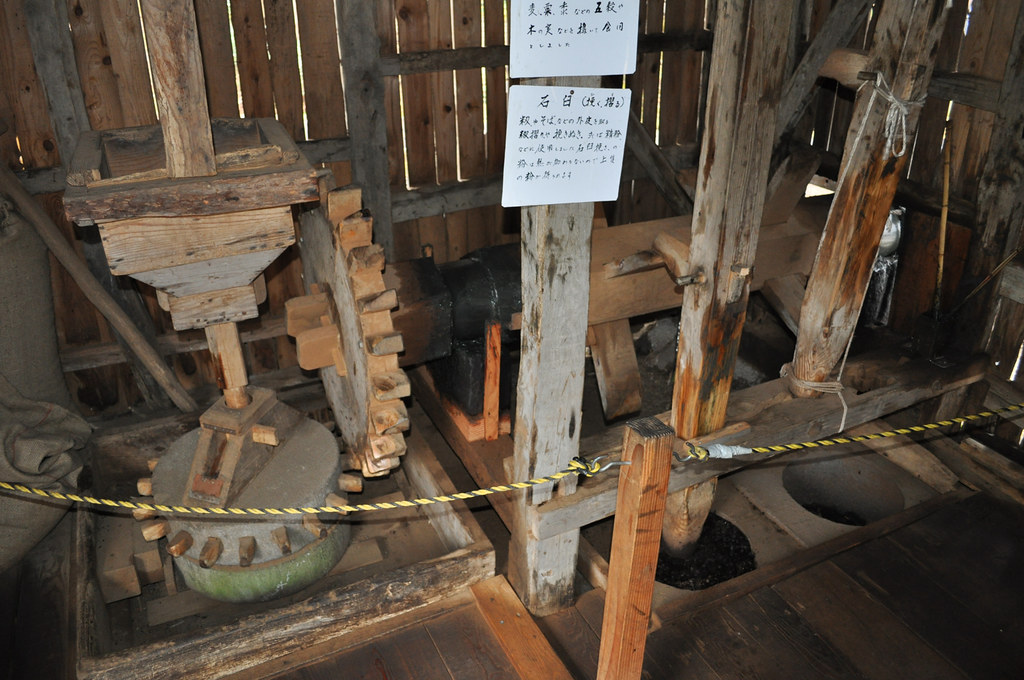 And then a house was dedicated to Ninja weapons and gears 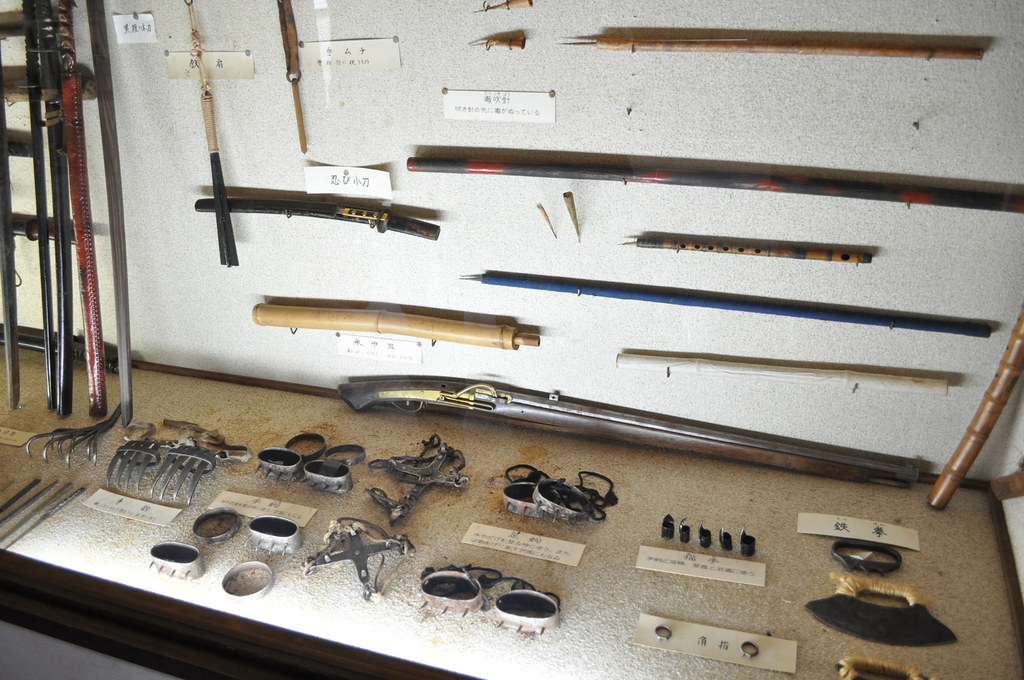 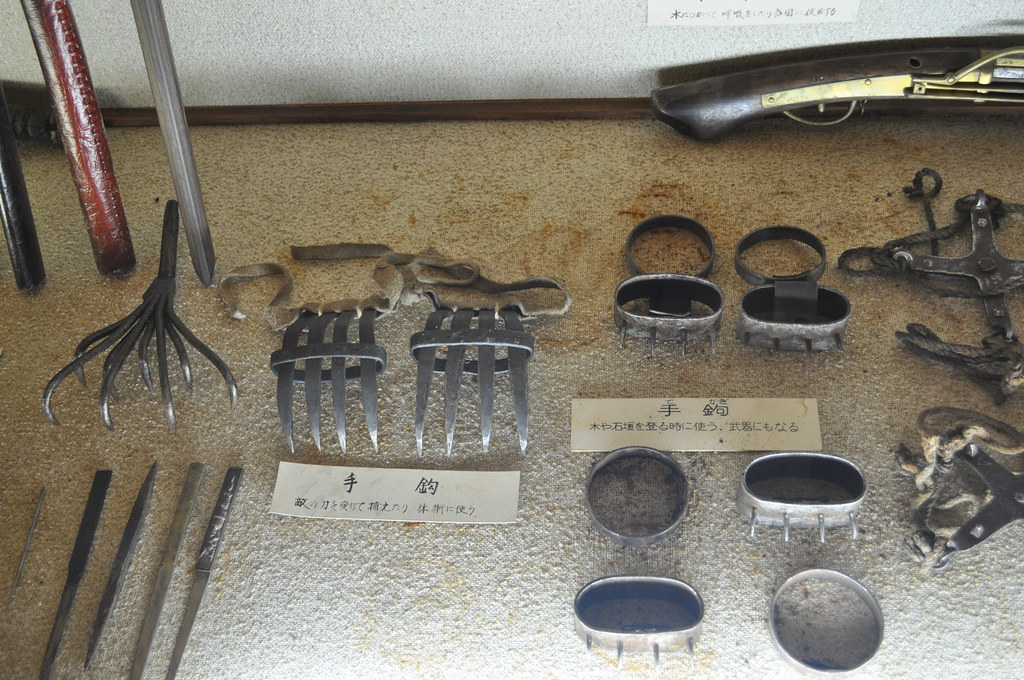 The usual representation of Ninja wearing black stuff comes from the movies. 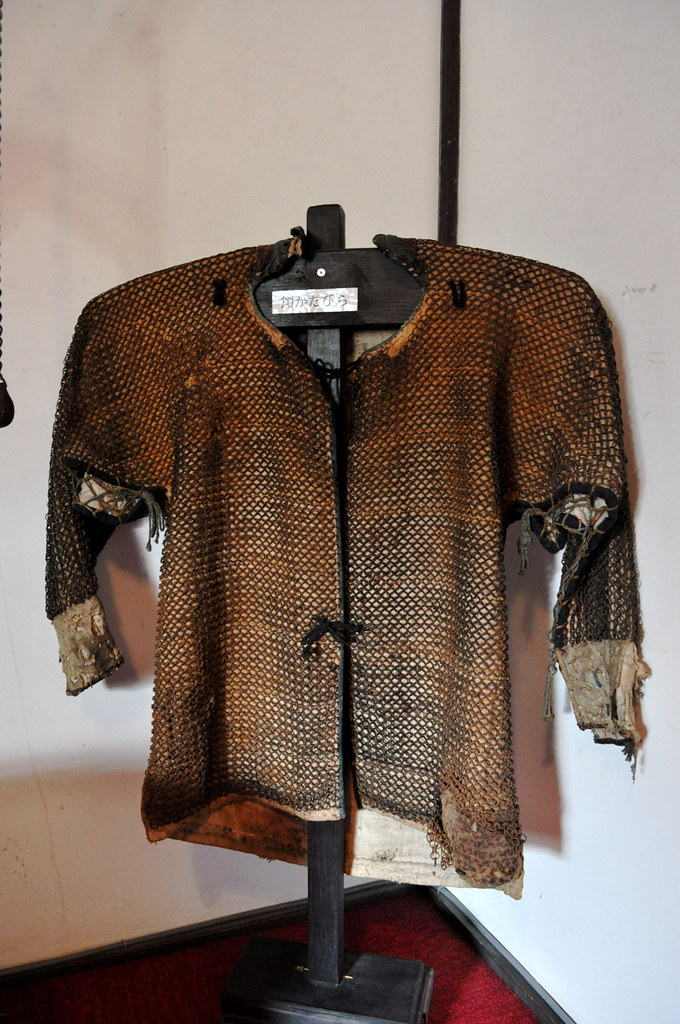 Actually being spies, their goal was to remain undiscovered and usually they dressed like anybody... 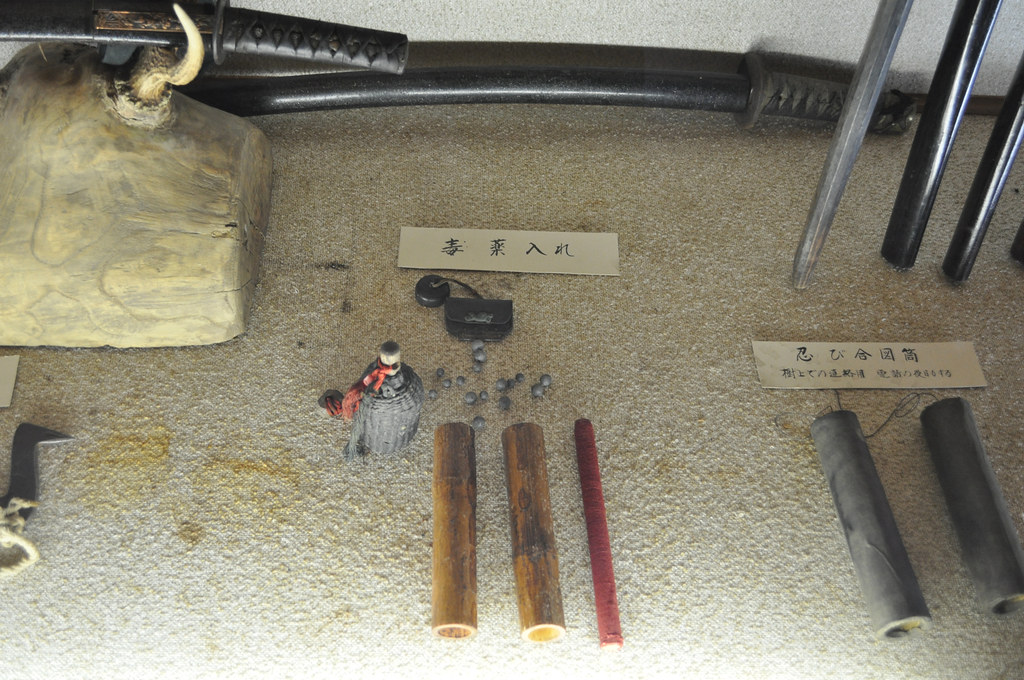 Maybe during night mission their outfit was different though 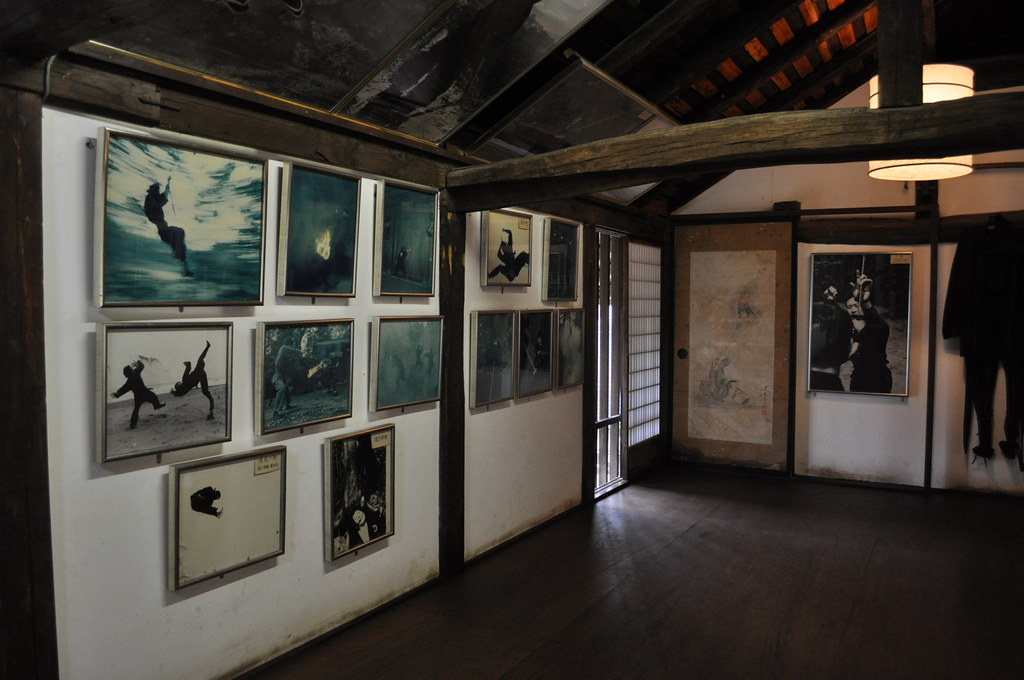 Many photos coming from movies or guys practicing... It seems there was (is??) an actual "association"... 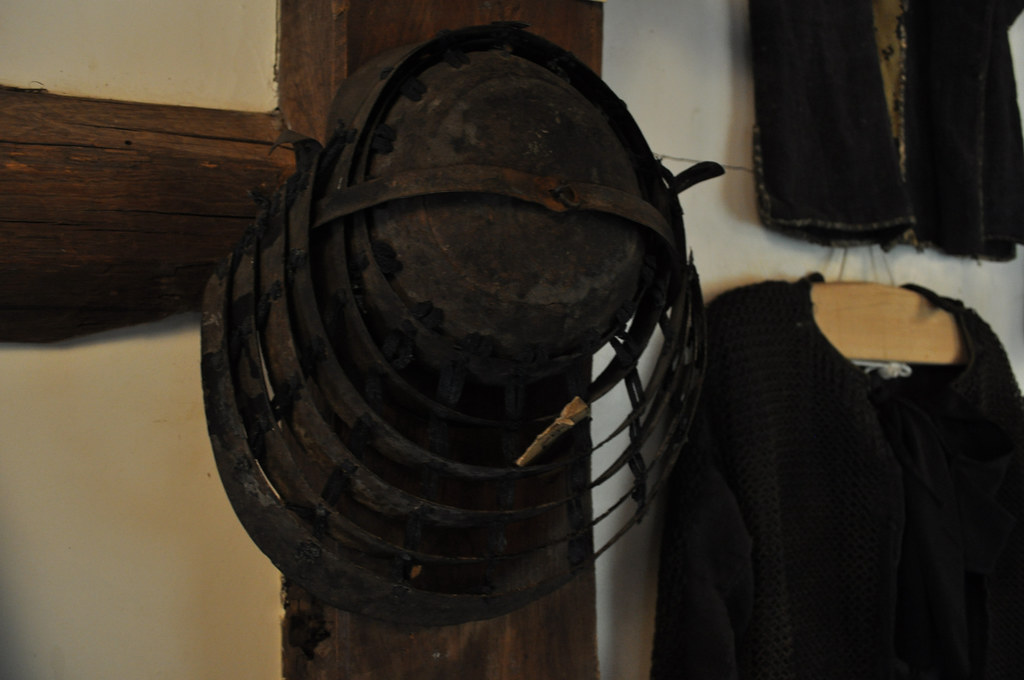 Any ninjitsu specialist around here ? 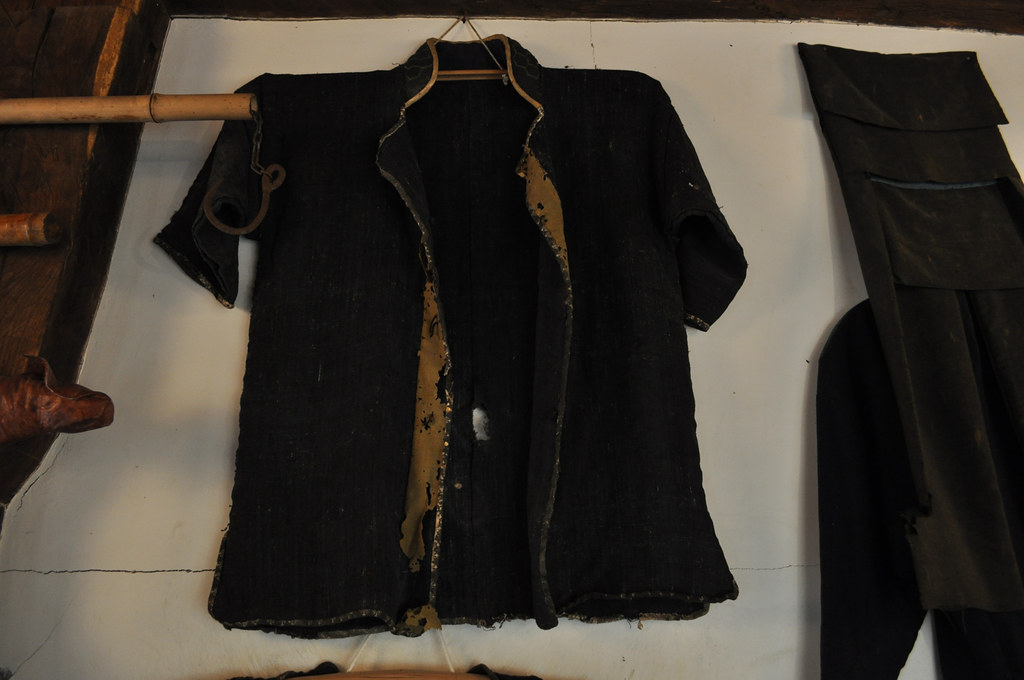 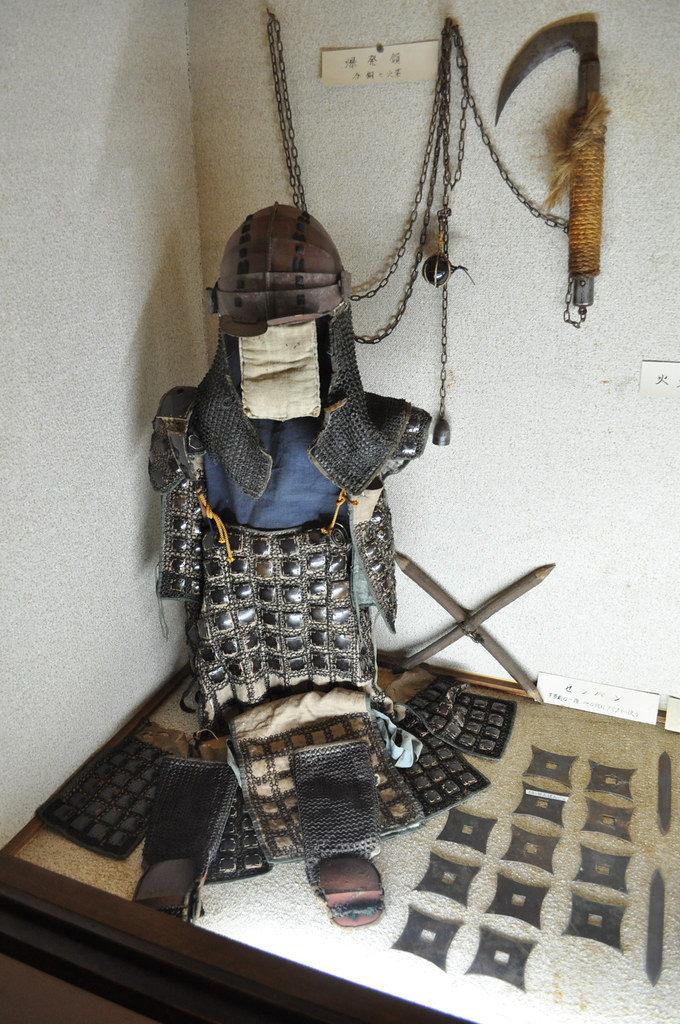 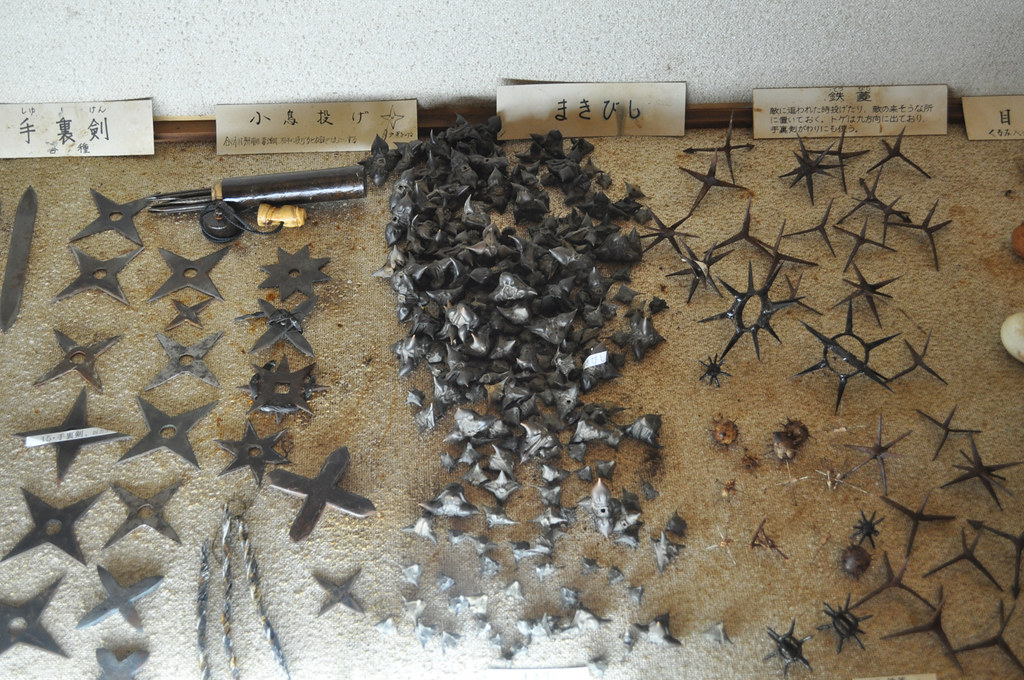 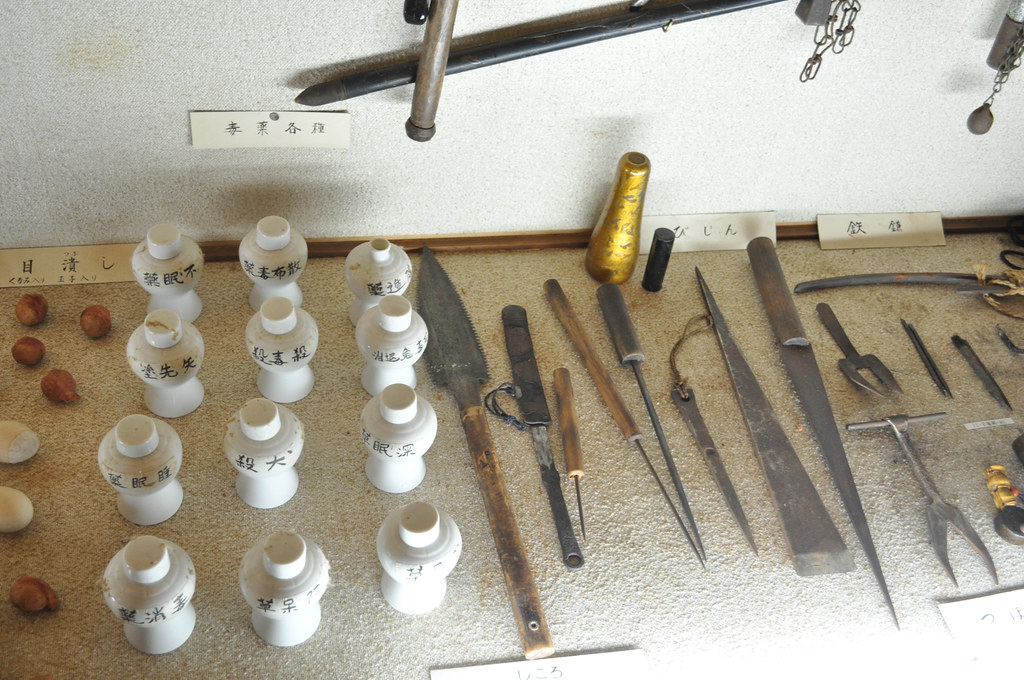 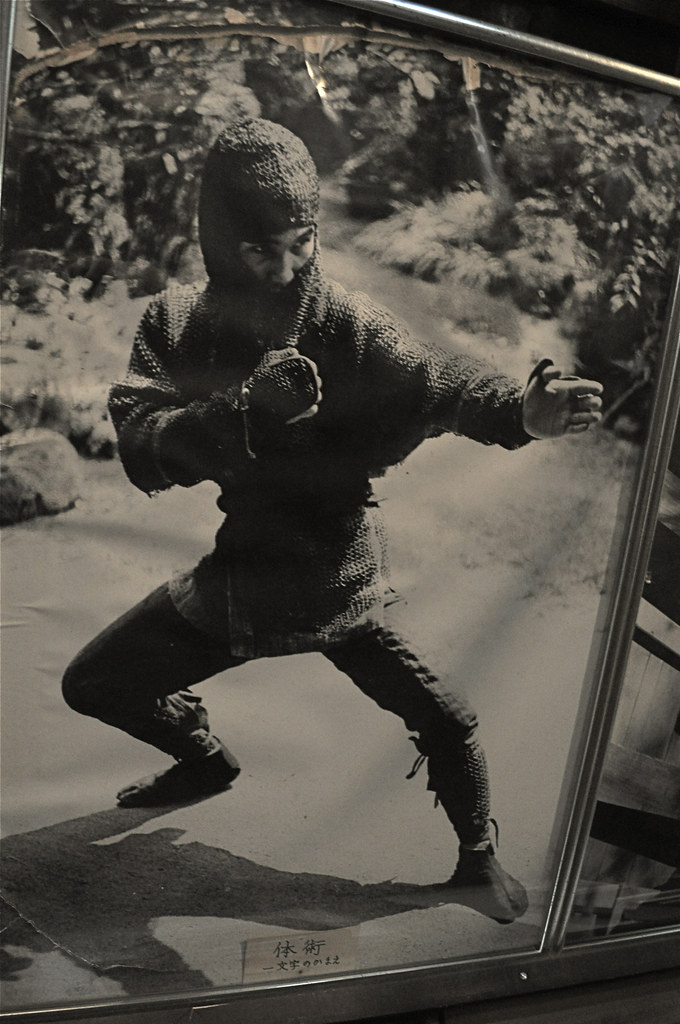 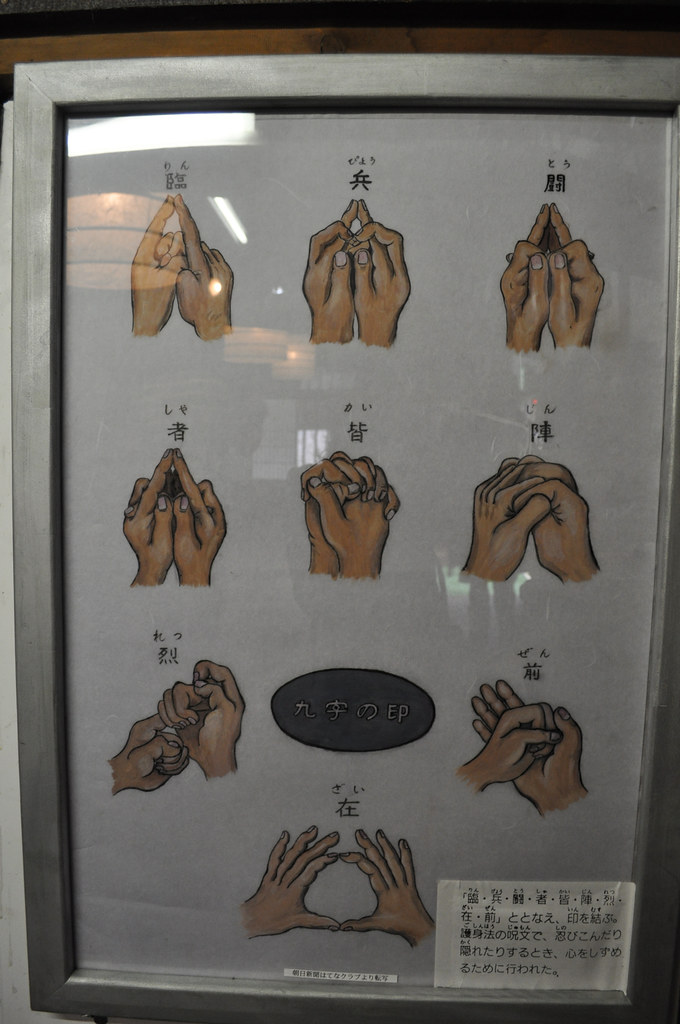 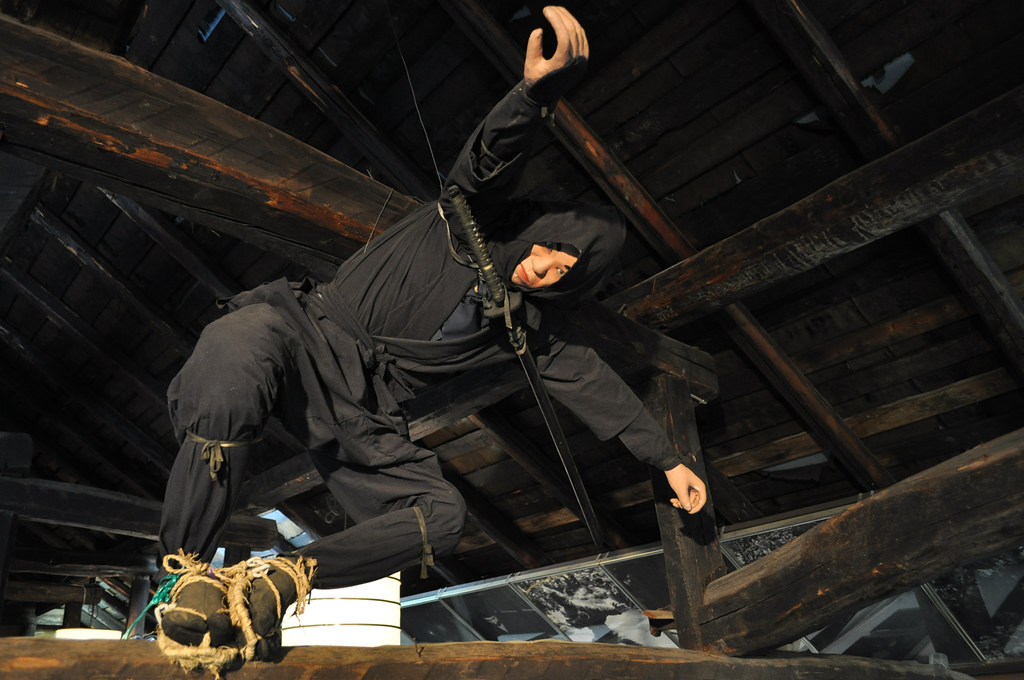 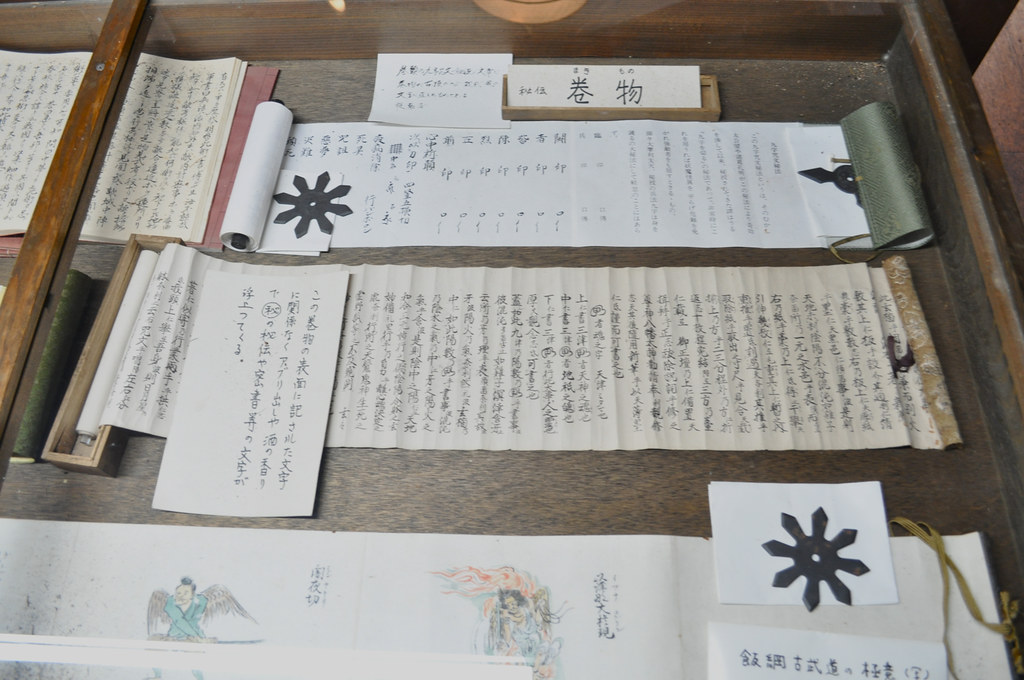 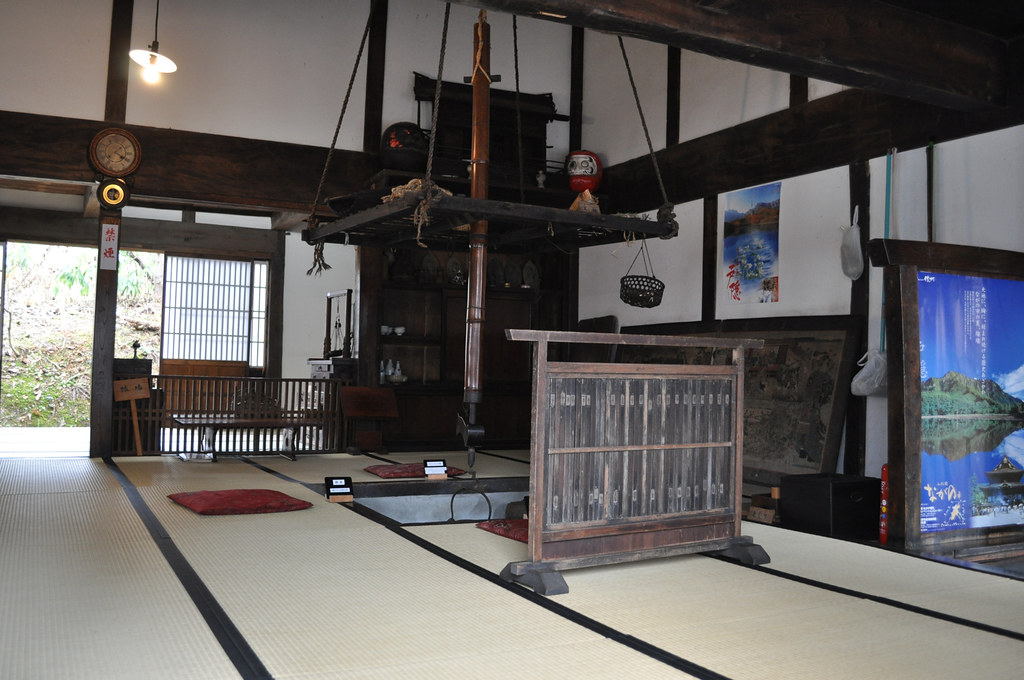 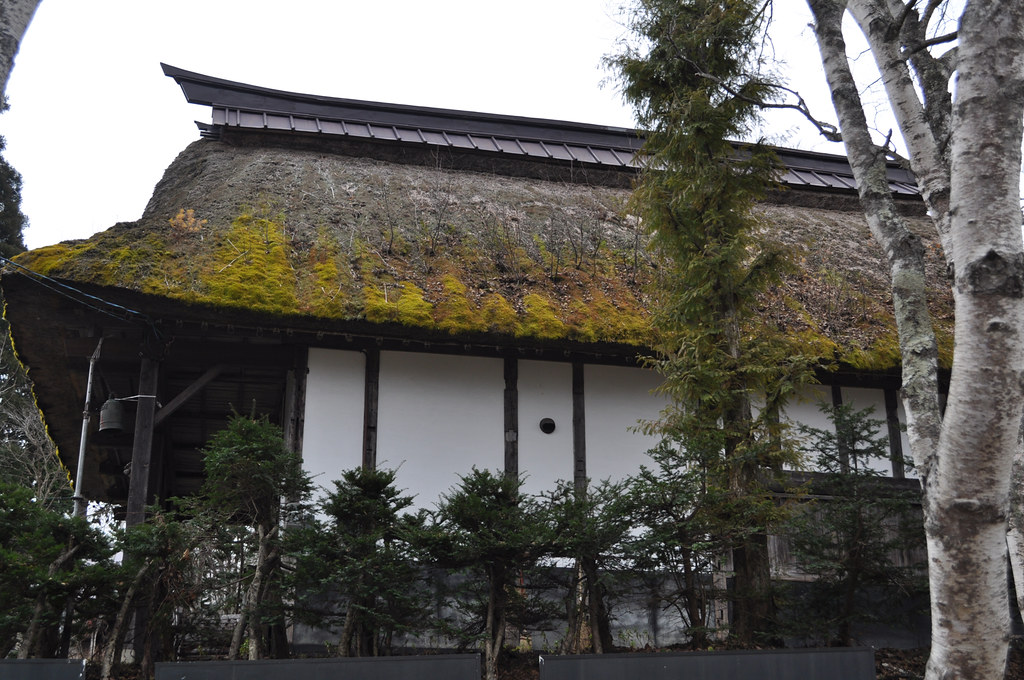 It's funny how the traditional roofs remind me the ones in Normandy, almost same technique is used... 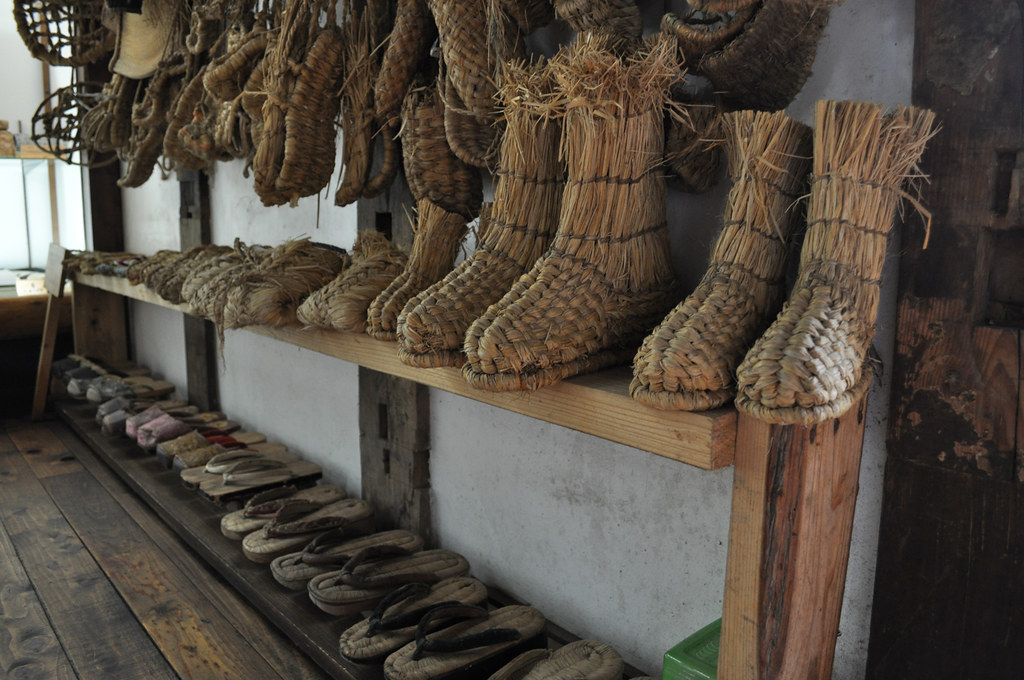 Any need of winter shoes ? Last trend in Nagano mountain!