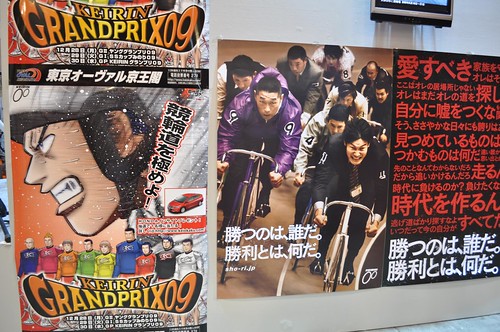 Each year the final Keirin Grand Prix takes place at the end of December. It is kind of a national event even if Keirin is not as popular as before. Still, the race was streamed live on national TV and the velodrome was packed for the occasion. It is not anymore the case for the other races of the year if I don't mistake.
Been one of the 3 gambling games (along with horse races and boat races), it is not really seen as a real sport which is a shame for the racers who are definitely athletes who train really hard all the year...

I arrived at around 12AM the races begun at 10:30AM. The last race (final one) was scheduled at 16:45 just when the sun goes down. Not so many races during a day, only one about every 40mn in order to let the gamblers doing their bet.

It is a little bit long if you are not a gambler but you can go for a drink, having your lunch or visit the little museum or simply walk around to enjoy the mood... 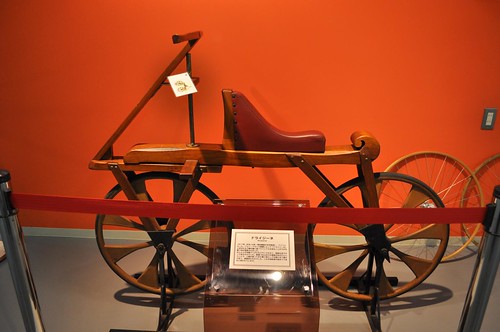 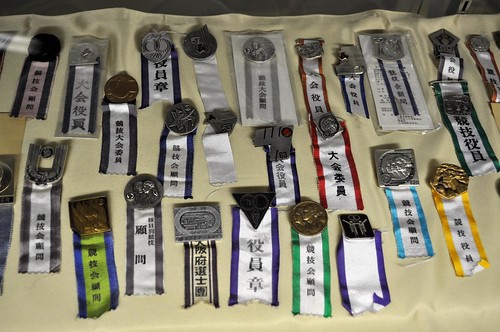 This museum does not have a lot to show but enough to spend some time between 2 races. 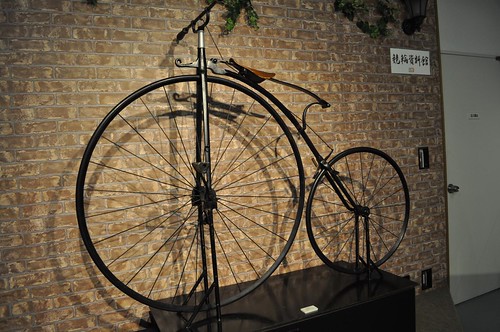 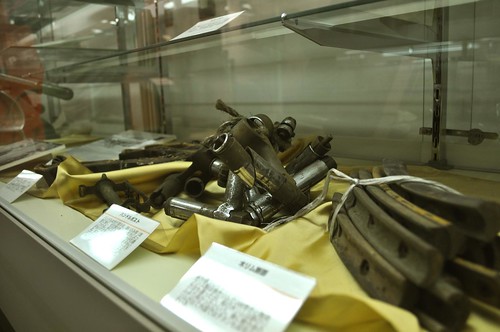 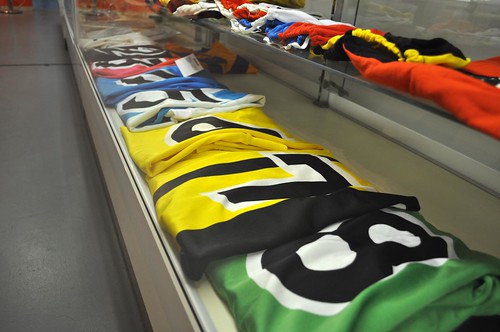 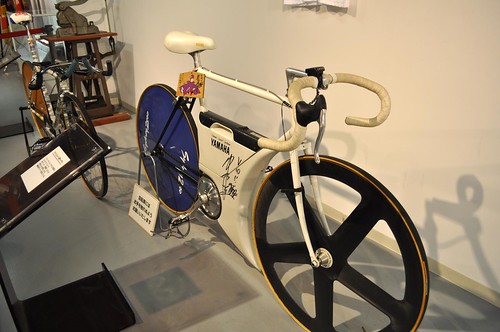 This an electric pace bike used during an Olympic track race. 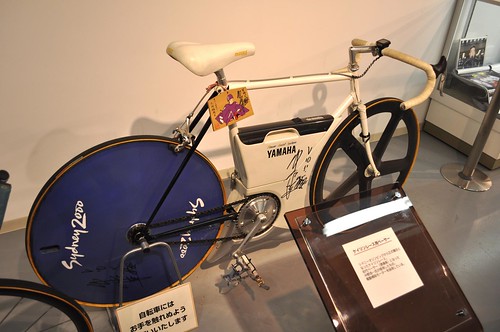 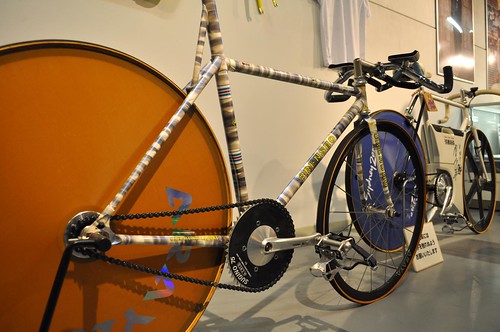 I guess this one was a pursuit bike having the triathlon bar. 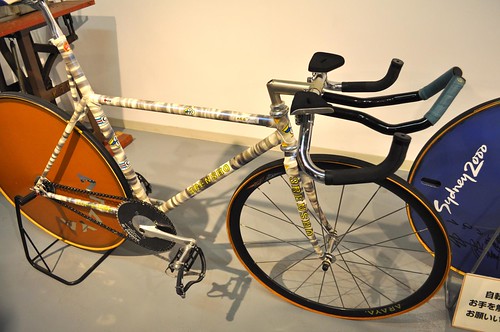 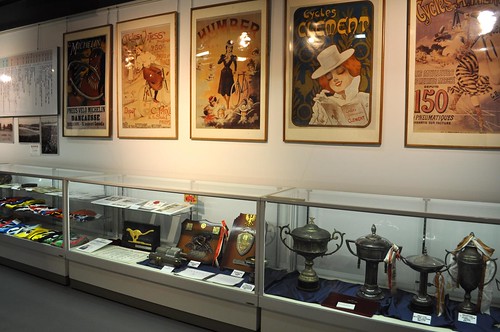 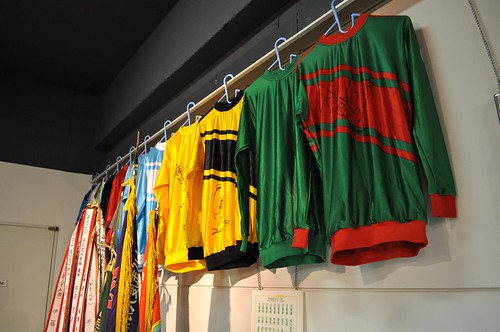 Let's go back to the velodrome. 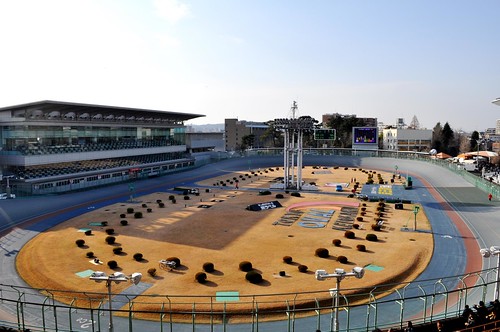 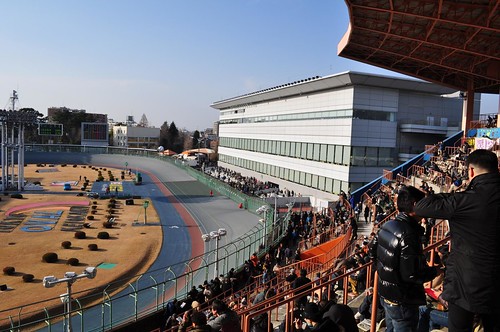 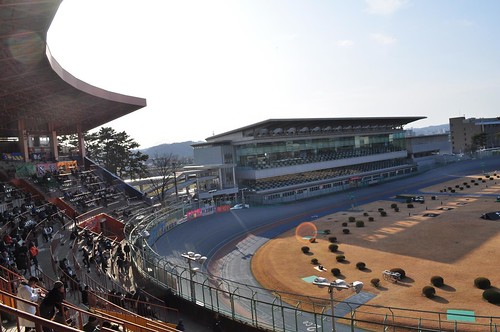 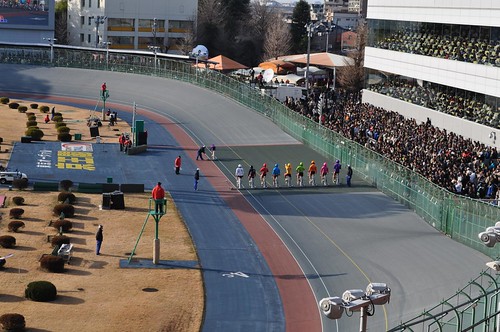 I know, I don't have any lens for this kind of shot... 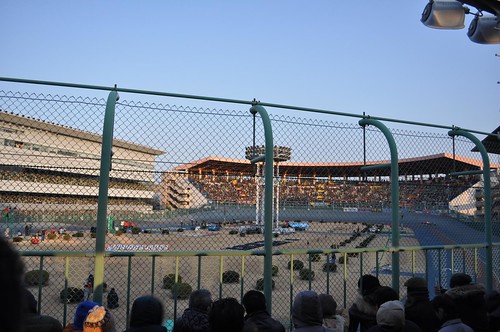 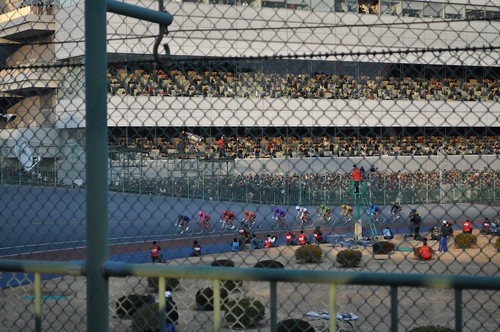 This spectator was recording the race on his camera and watching it at the same time on his mobile from the TV streaming![Keirin Otaku?] 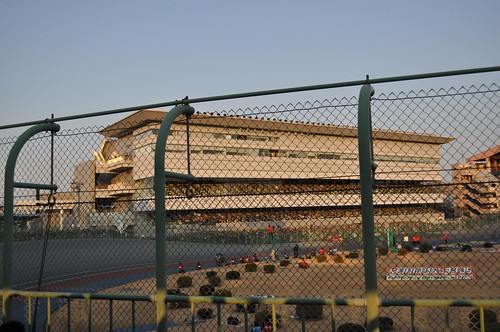 Then the night came as long as the finalists. 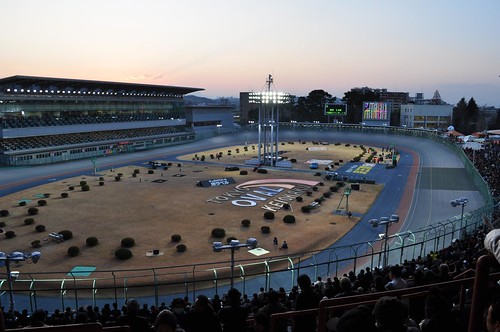 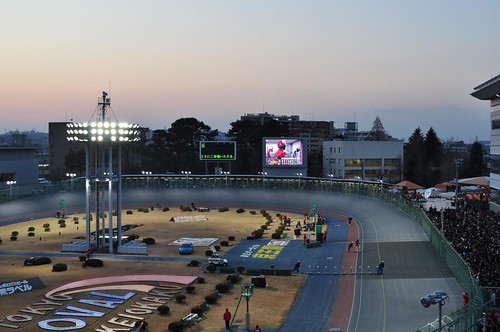 A special cheesy music started then the gladiators on wheels made their entrance celebrated by pyrotechnic effects (kind of cheap ones...). 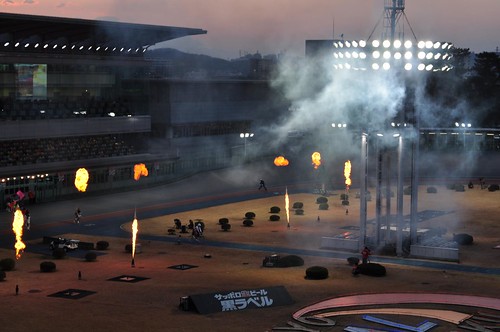 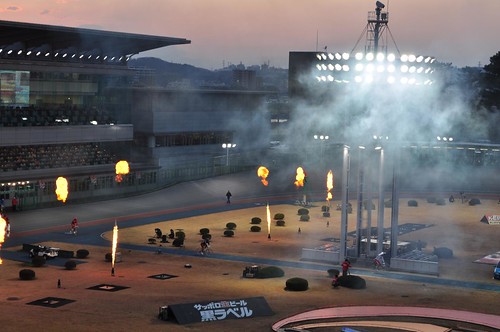 Anyway we could feel the tension from our seat, gamblers encouraging their favorites screaming at them some "Ganbare". 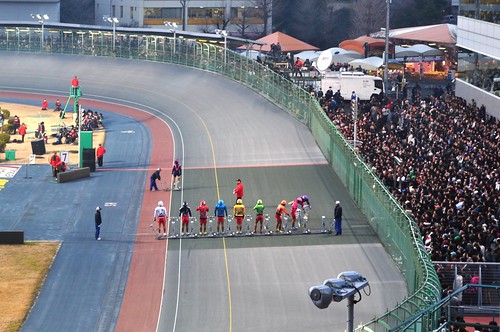 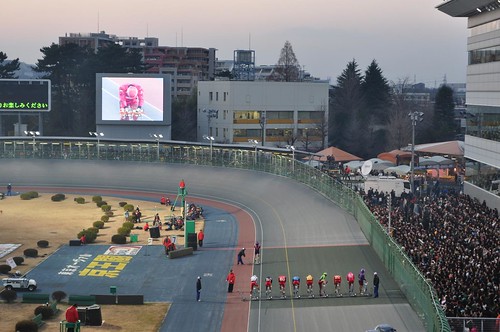 I actually bet 1000 yens, my bet was that the first to arrive would be the orange jersey racer followed by the blue one. 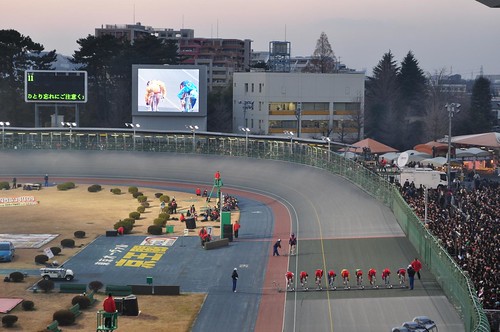 Having no clue about the racers previous results, I just picked some colors! :D 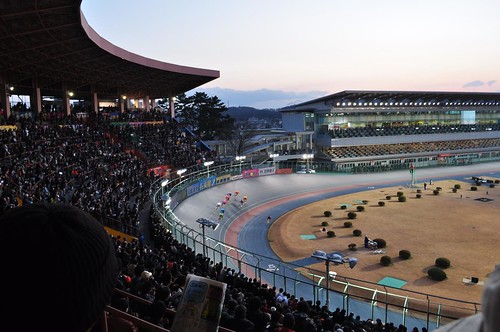 Here is a video of the race. Enjoy the comments :)