One day in Hakone

Last thursday we went to Hakone, it's about one hour and a half from Yokohama station. First we took the Tokaido line until Odawara where we changed for the Odakyu line to HakoneYumoto. Hakone Yumoto is a small city with a main road with Omiyage (ãŠåœŸç”£= souvenirs) shops and a river bordered by Hotel offering also Onsen (æ¸©æ³‰ = hot springs). 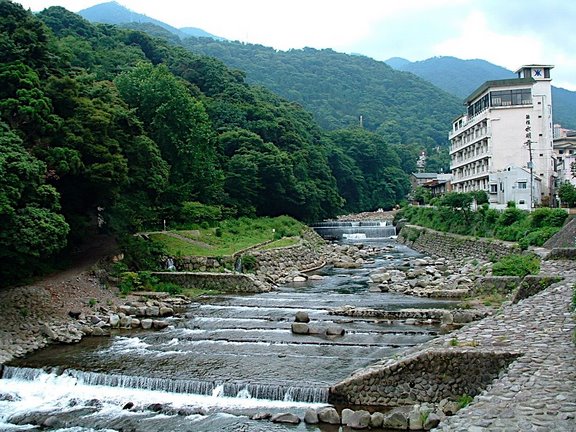 We did not stay so much around here and quickly took the Tozan train. This one is quite a piece, it 's a four cars train climbing up the mountain and backshifting 3 or 4 times. 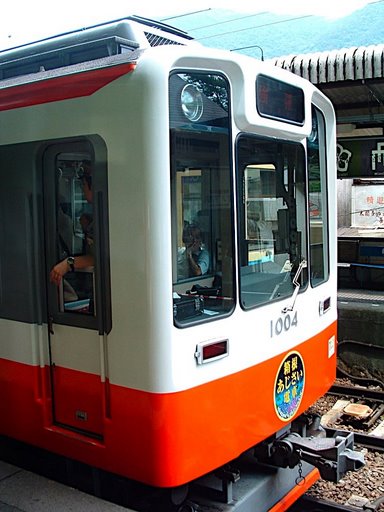 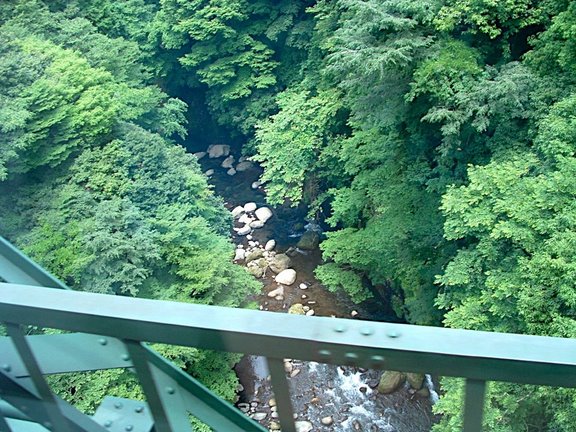 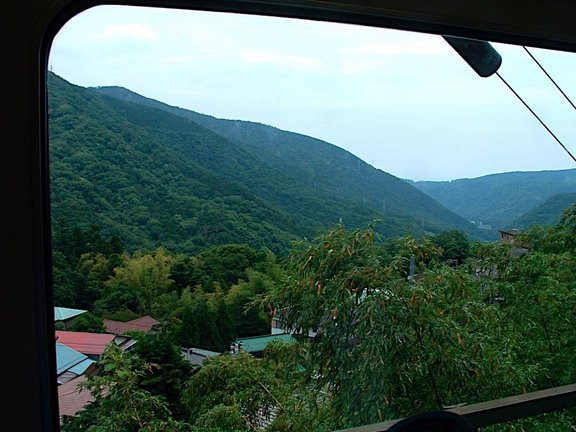 We stoped at Miyanoshita; just in front the Station you can find a cool cafe/gallery (www.naraya-cafe.com) where you can enjoy a really hot foot bath drinking and eating! (A TV crew was there shooting a sequence for the TBS channel, it will be on tv next Monday at NijiCiao (?...We don't have a TV though...)). 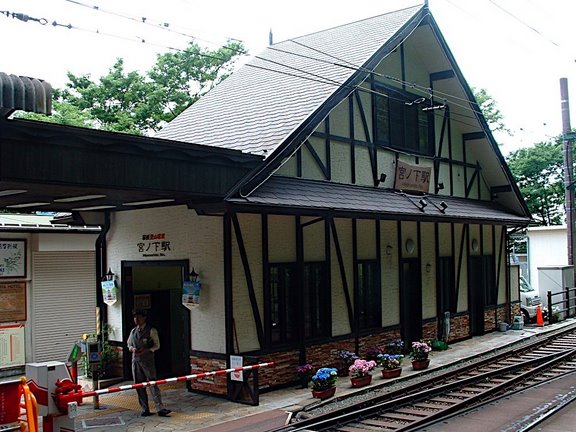 In Miyanoshita you can also find some antiques shop and the Fujiya hotel a huge building in a traditionnal style where I'd like to stay . 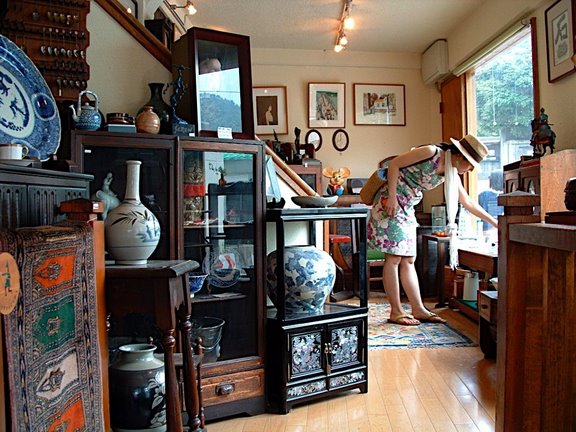 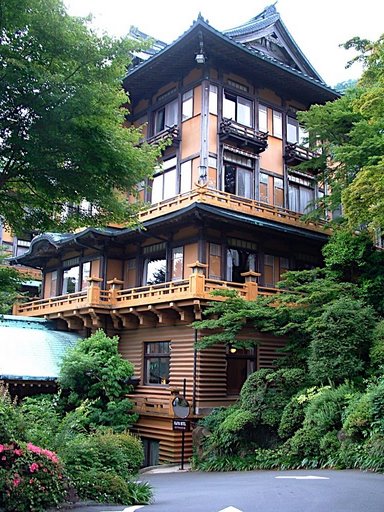 Not so far from it, we found an onsen (following a narrow way descending the mountain and forest), where we could rent a private bath for both us, first time we could do that! Usually we always have to split. 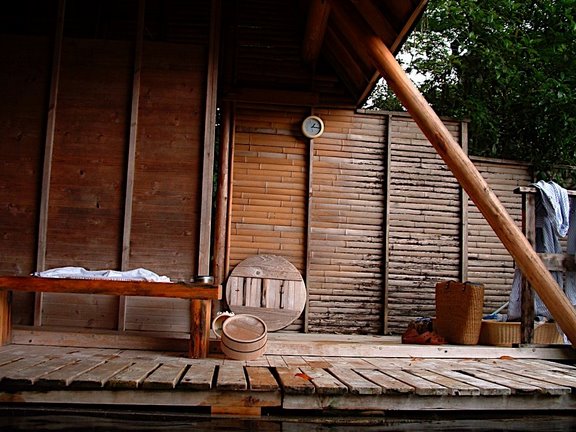 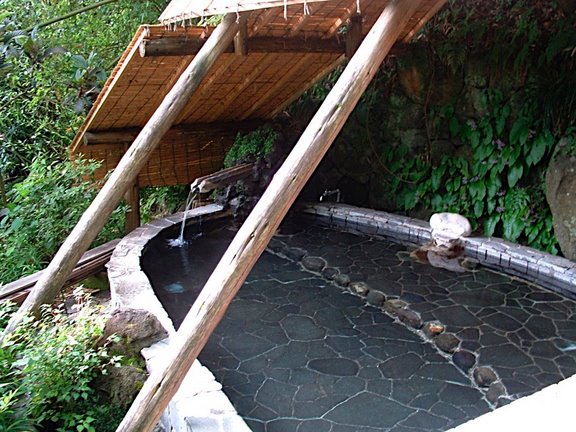 Even if it was really expensive it was a cool place where we stayed few hours.
After the bath we took some soba for lunch, then had a little nap (well only me...) in the tatami room where others were sleeping or reading also. 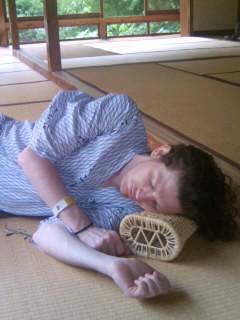 We then had a second and last bath. ( I love onsen!...one of the best I've been was near Fuji San under the snow and could enjoyed it with my bro).

We then wanted to go the Open Air Museum... but it was already too late so we came back home. Next time we will go straight to this museum and then go up in the mountain and go to the lake...There're many things to see in the aera!

(Special thanx to Mr Doug for his advices) 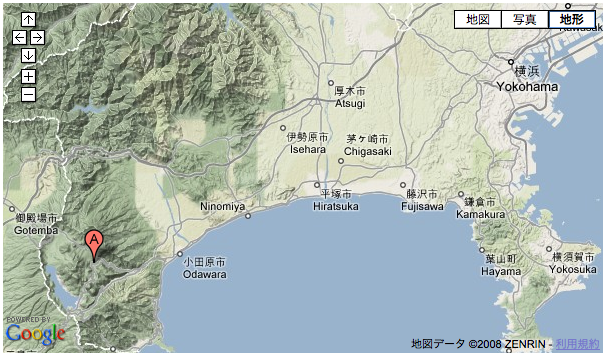