During my first trip in Japan 3 years ago I chose to become a member of Willing Worker On Organic Farm organization (a.k.a as WWOOF). 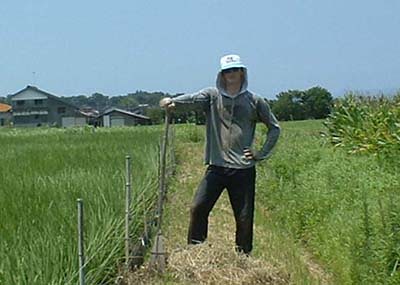 It was my first real contact with organic work and culture. WWOOF organization requires a small fee in exchange of a list. This List contains informations about hosts in Japan who can welcome us. The deal is as follow : we work for them during 5/6 hours a day (usually in the early morning) and in exchange we can stay in their house and have lunch/dinner etc for free. Of course the details must be confirmed before we come. (different kind of deals are possible from one host to an other).

As for me, I went in Tottori to be volunteer in a an organic rice field in order to produce sake :), and in Okayama to grow some strawberries in a green house. Despite it was quite a hard work, it was a great experience thanks to my hosts who did properly their part of the job : guiding me and showing me their country.
My first host Hata San even became a good friend.

If you are not lazy and want to discover something different than the lights of Shinjuku (which is also nice), give a try to WWOOF!

When I was preparing this trip I noticed a host in the list who seemed quite interesting: Brown's field. Mr Brown is a profesional photographer (among other things like Yoga, meditation) and his wife is a specialist in macrobiotic, permaculture stuff; unfortunately they were living really far from where I wanted to go so I did not contact them.
Now they are kind of famous in the world of organic culture in Japan and WWOOFers must register months before to have a chance to be volunteers at their place!

We were checking their blog last sunday morning and this was lucky as they were announcing a special event in Hibiya the same day. One hour after we were over there. 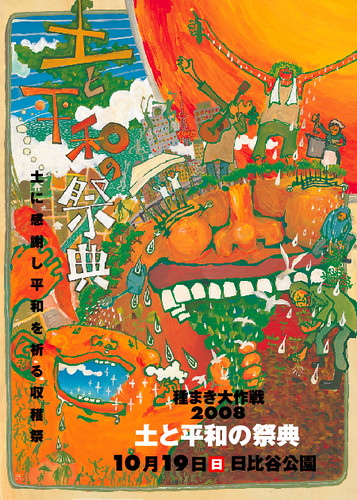 This event combined an organic market with a music festival and educational spots (mainly for kids), all of this in a "post-hippy free-tibet" spirit but not too much...safe :)
It took place in Hibiya Koen which is quite funny as this parc is right in the middle of buildings... so not really countryside. 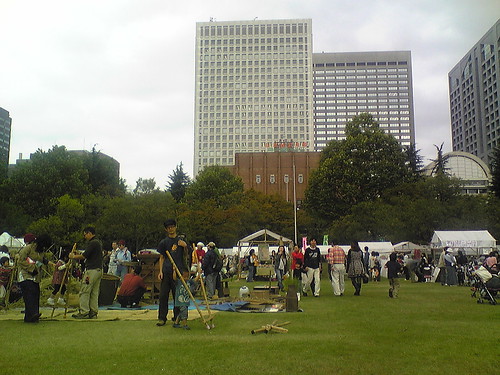 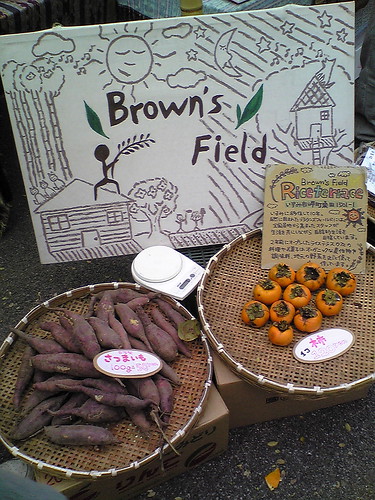 Of course they were here.

We spent a nice afternoon mix of organic shopping, organic food and organic live ! (electricity were provided by a solar system).
Overall a nice sunny day. 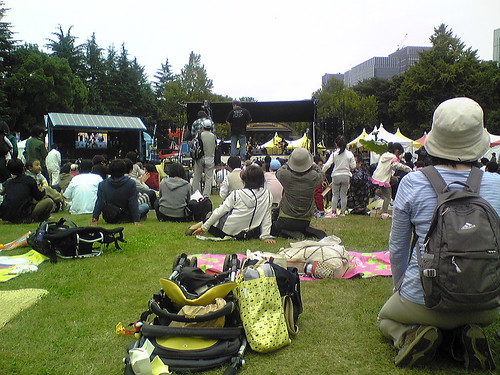 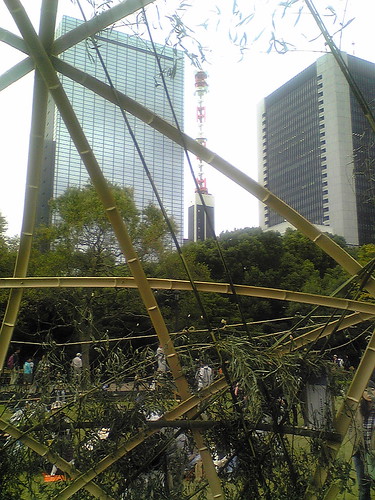 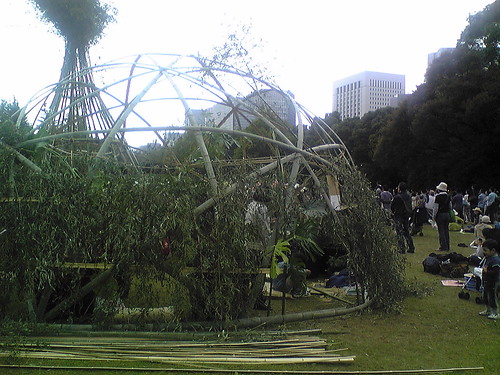 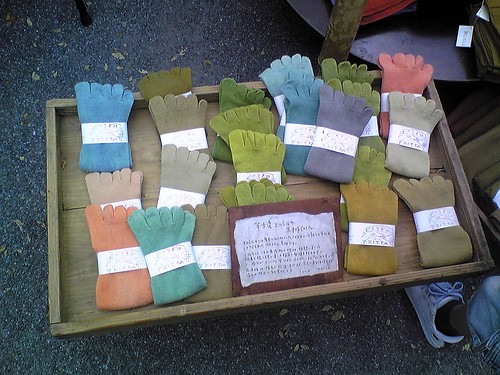 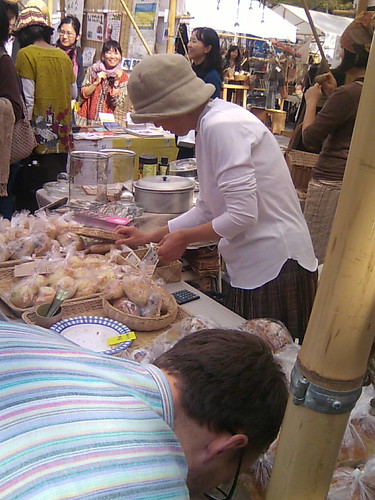 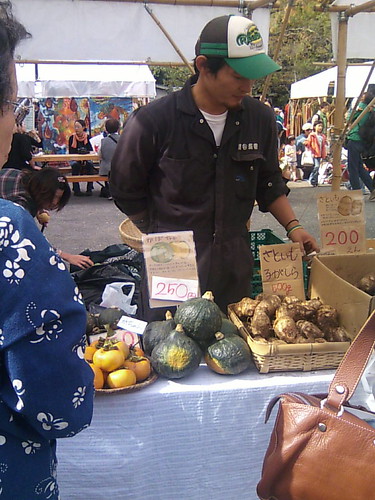 Here some stuff we bought : 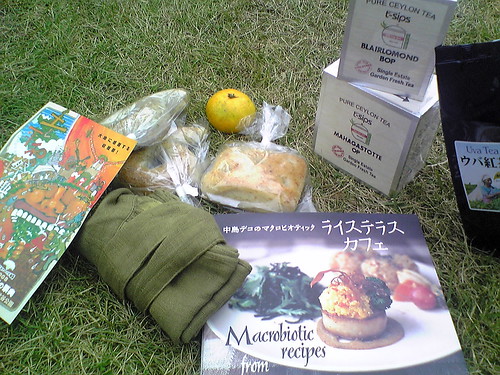 
Organic is a popular trend in Japan, some farmers now sell their product through the web or to a COOP organization. Then we can register as client to one of these COOP and order organic vegetables and be delivered at home which is quite convenient (Japan is a very convenient country usually).

If you have any questions about Wwoofing in Japan, don't hesitate!