The first time I've read about this market was in COG magazine but then completly forgot about it... 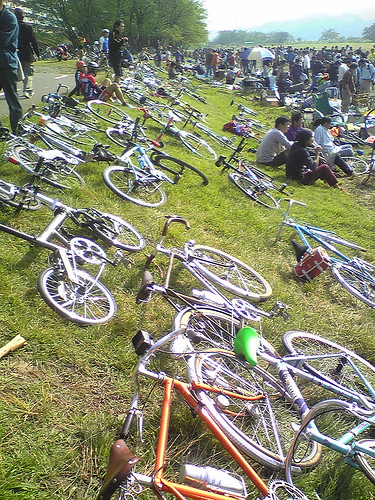 Thankfully, nico^p who also lives in Japan reminded me the event on the french fixed gear forum, pignonfixe.com.

So I sacrificed my usual morning sleep of the saturday and left home at 6:30AM, the market starts around 6 AM I think. I arrived at Nakagawara Station around 8A.M. 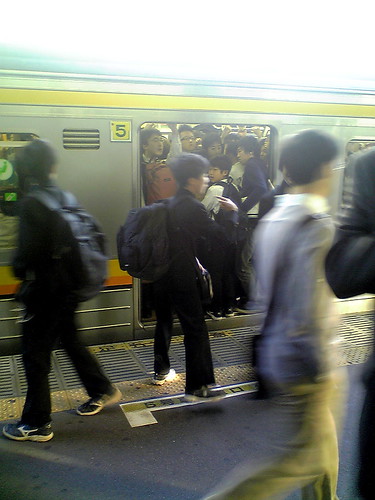 (Not related to the event, I was surprised that even on a saturday morning some trains were packed as hell!... luckyly after I got out of it...)

Weather was just great, the market takes place along the Tamagawa river, just near/under the Sekido bridge. Already many bicycle enthusiasts were here and many fixed gear were just lieing on the grass (like their owners :). 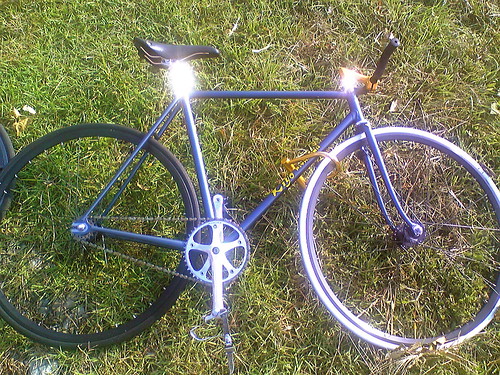 I guess some rode a part of the night and then came to the market in the early morning.
Anyway all these shiny frames made me crave for one more than ever... 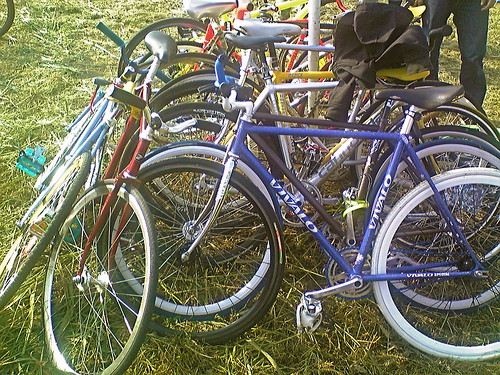 But unfortunately I did not spend any money today. If the place is great to find all kind of vintage parts, and other accessories, for frames it is not the same story. Maybe it was better before but this time I could not find so many track frames. 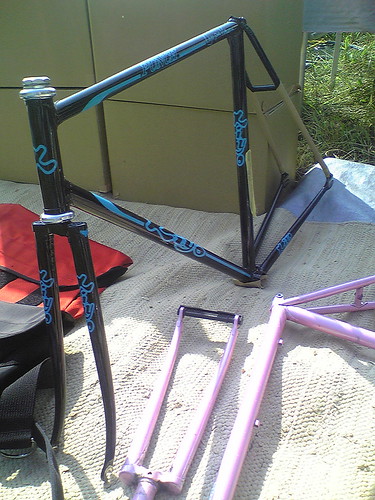 This one caught my attention, as it was my size and had a fresh paint but it was 78000 yens. Maybe some of you think it is cheap, but not me...

Anyway it was a very nice morning, I don't regret I woke up early!
I talked a little bit with the guy of velostuf.com coming from Minnesota especially for the market (whao!).
I also spotted 2 other gaijins based in Japan selling some vintage parts. 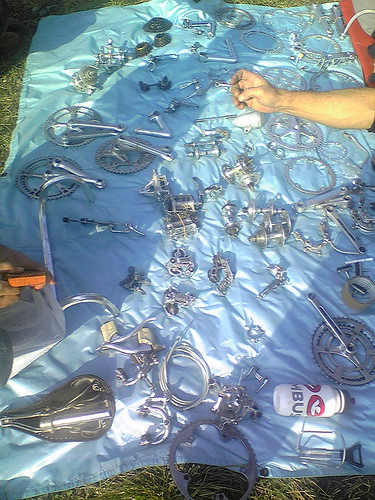 I took a load of photos with my Canonet, I will put them in my gallery as soon as they will be developed.
Coming back home I met Eric who bought a clean classic handlebar. He told me that 5 years ago he could have fixed gear for free and had many of them at home!! glurps...He even gave some to his friends, they must be grateful to him now... As for me I guess I am 5 years too late!

PS : the market is not dedicated to fixed gear, most of the parts sold are vintage road race parts I think.