Tuesday morning I sent a special tweet, with a "subliminal" message in it:

So much subliminal that almost no one noticed it... ah!

Tuesday was a beautiful morning and Sayoko and I got married!

We woke up early, walked to the city hall of Hodogaya Ku,

took a ticket with a number and waited for our turn.

Then the city officer checked the documents we collected from France and Tottori (now you know why those articles about Tottori:)

(Around Daisen in Tottori. Osusume desu!)

After about 30mn, it was done! We were officially married. Then I took a train

and went to work as usual.

Ok, I can see your face. Now you think : this is the worst wedding ever. Isn't it?

Actually there was an Episode 0 to this story (it is a Star Wars Wedding Story). When we decided to get married, we went to the local shrine (Shinto) and exchanged our vows. It was our own personal wedding!

This "Episode 1" made it official for the Japanese law. And the Episode 2 aka the "Family Ceremony" will take place later in the year. It will be much more interesting from a photographic point of view but you will have to wait October...

PS :
* Since we got married I was wondering why this date, February 17, sounded already familiar to me. I was thinking of someone's birthday but no : it was just the day of the Tokyo Marathon last year!

* Sorry, no pictures of us. Anyway I know you just want to see Sayoko but not this time...maybe in October. We will look like this :) 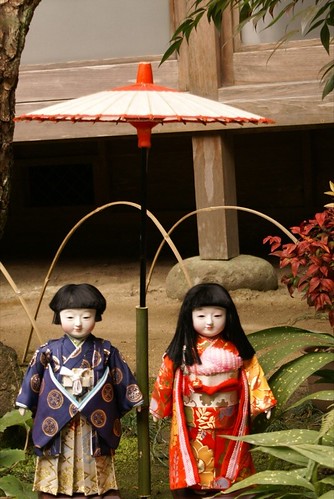