Three weeks ago I participated to the Daisen Hillclimb race. That was my third participation already! 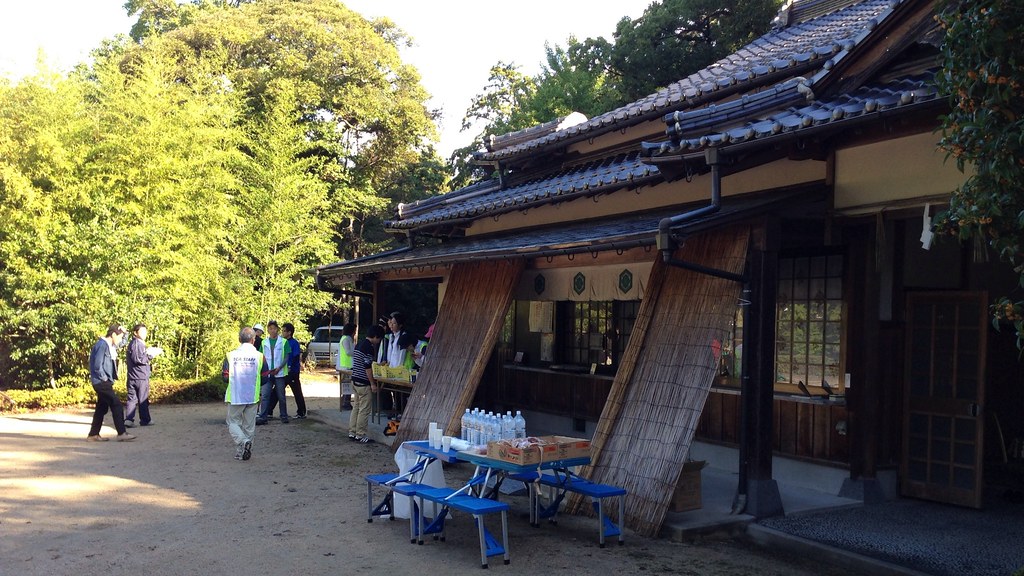 [Arriving early morning to get the race number plate etc...]

Yes, time is flying! For my first participation in 2011 I had only a couple of month of training after 5 years off from serious training. But I did quite well back then considering it, with a 28th place. Last year I was tired after Sagashima triathlon and so participated without  much training for it, result was so so. 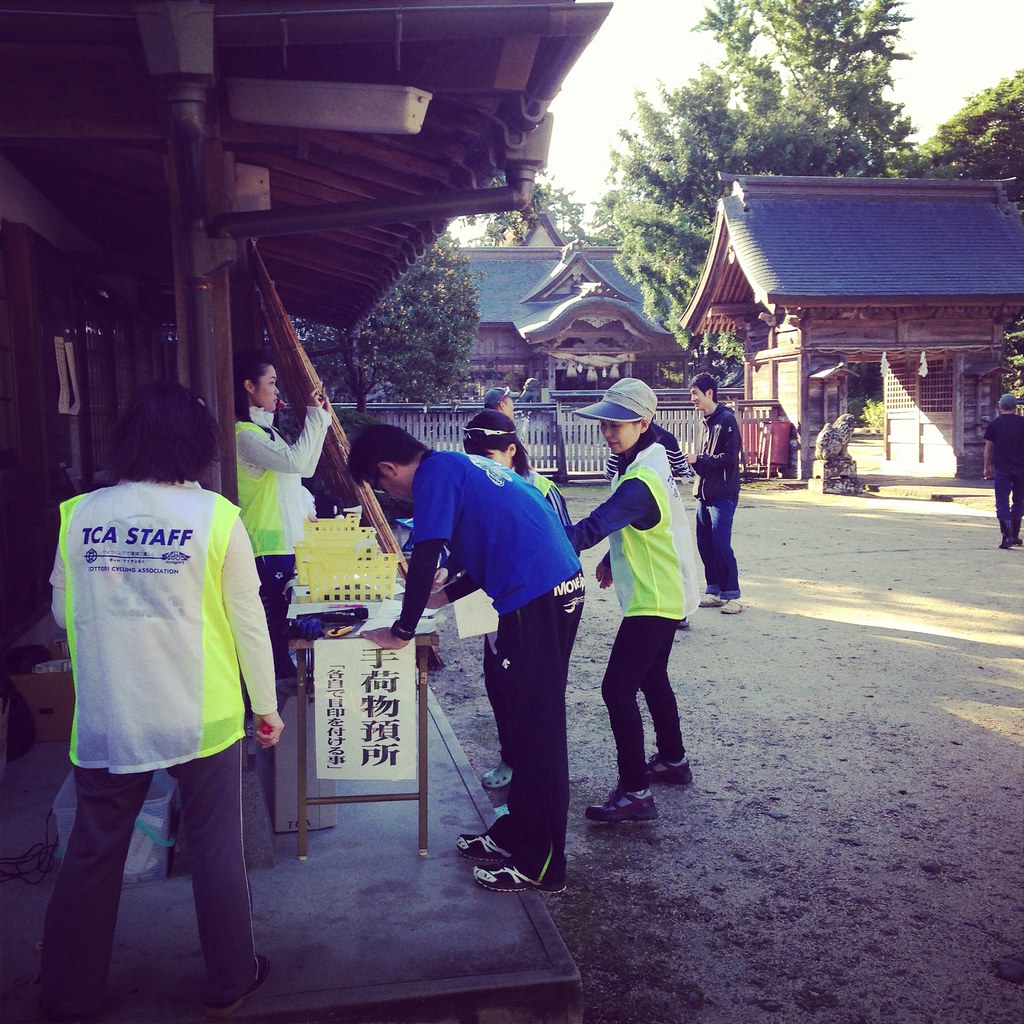 [Event is organized by the Tottori Cycling Association https://www.tottori-ca.jp/]

This year it took place just a week after Kasai triathlon so it was perfect. I could profit from the training  I did for Kasai. I just basically rested to recover during the following week to be fresh for the race day.
I knew I could do better than previous times as I was feeling good on the bike during summer training and breaking personal best in hard strava segments. 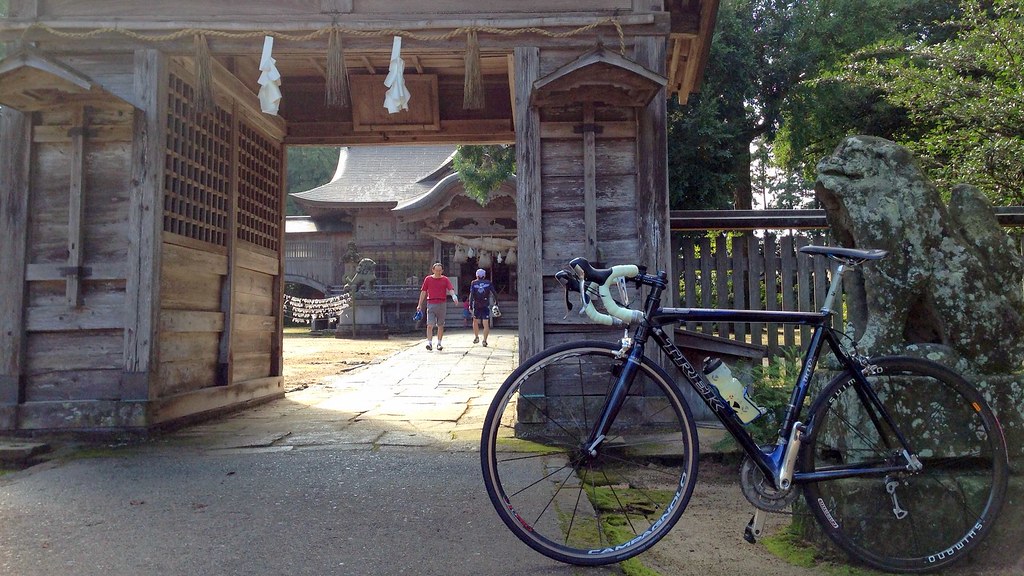 [Introducing the Madone to the Japanese Gods ;-)] 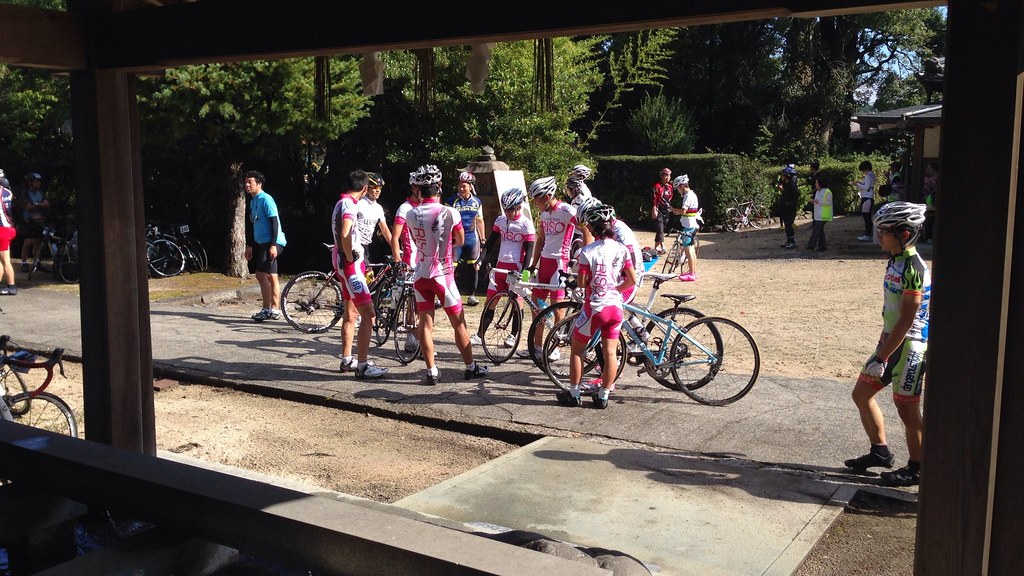 This year the start order was reversed, ’beginners’ groups started first followed with ‘middle’ groups to finish with the ’experts’. Each rider chose his group on registration, nothing official. This year I chose ‘expert’ and so took the start in the last group 7 minutes after the 1st one to leave.

The course was slightly changed this year with a start even lower in altitude, from Ogamiyama shrine, an awesome place for a start. 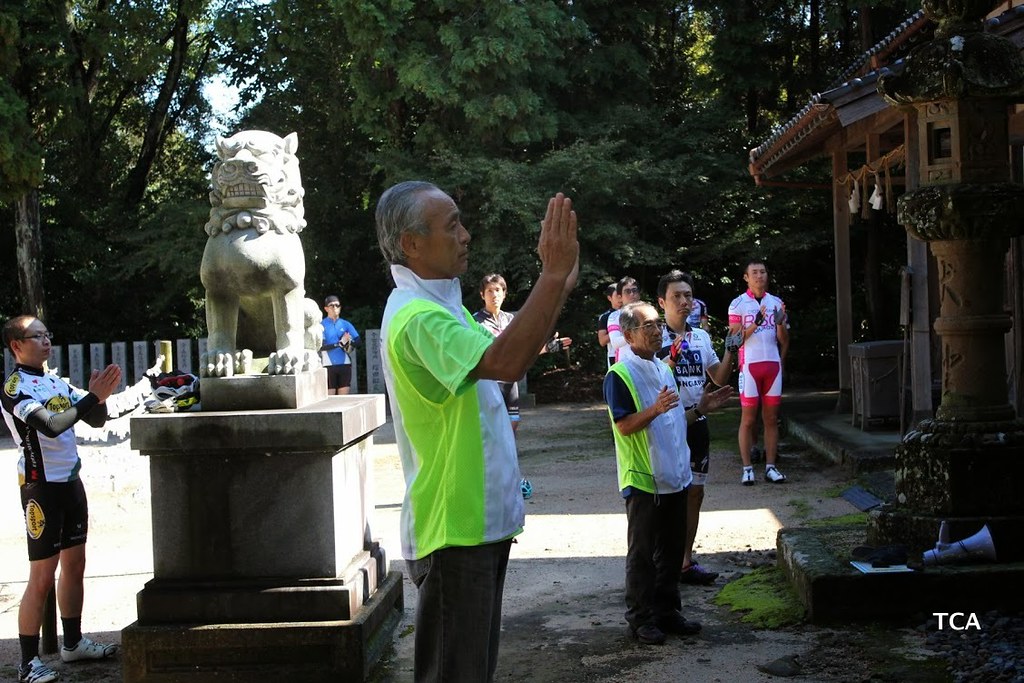 We were greeted with a short ceremony followed by race recommendations by M. Ishimizu, Tottori Cycle Association president. 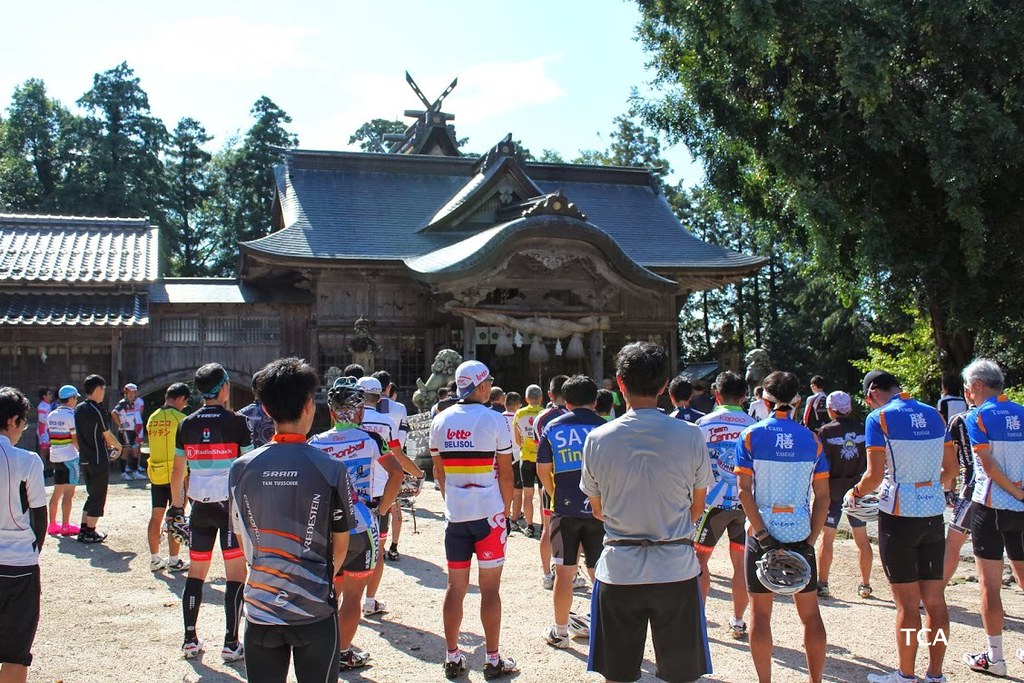 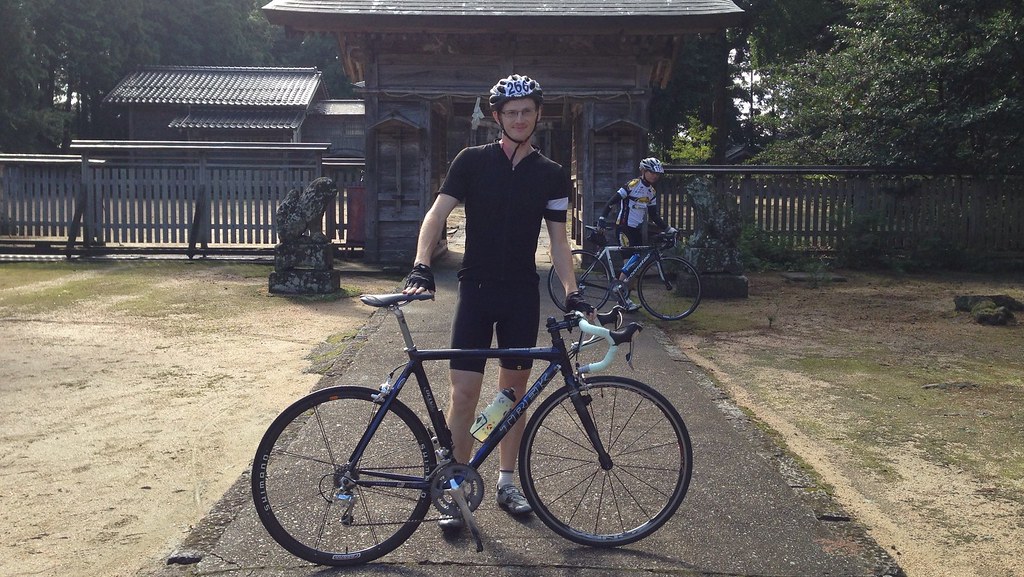 [Portrait for my old days] 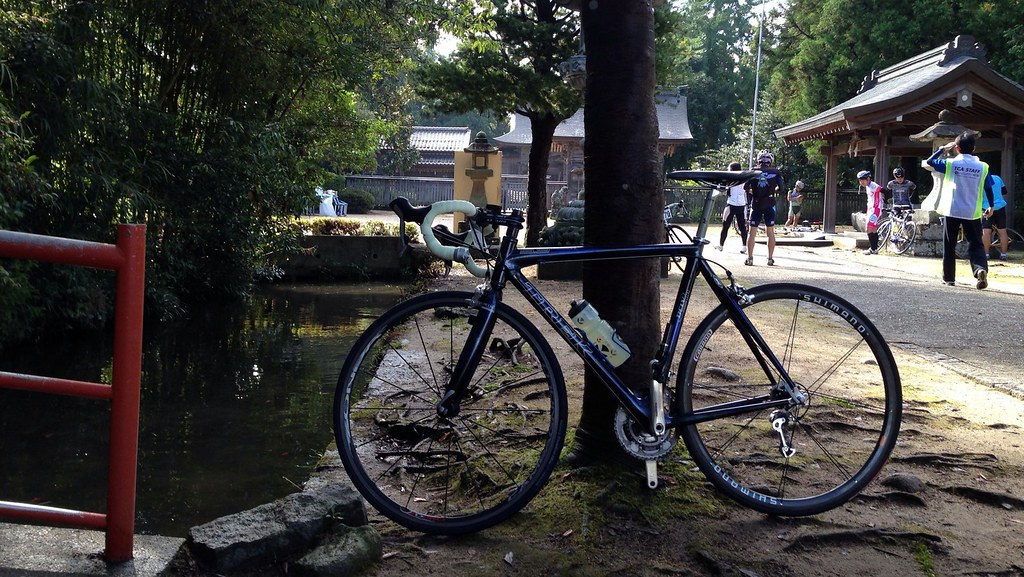 [Waiting for the start] 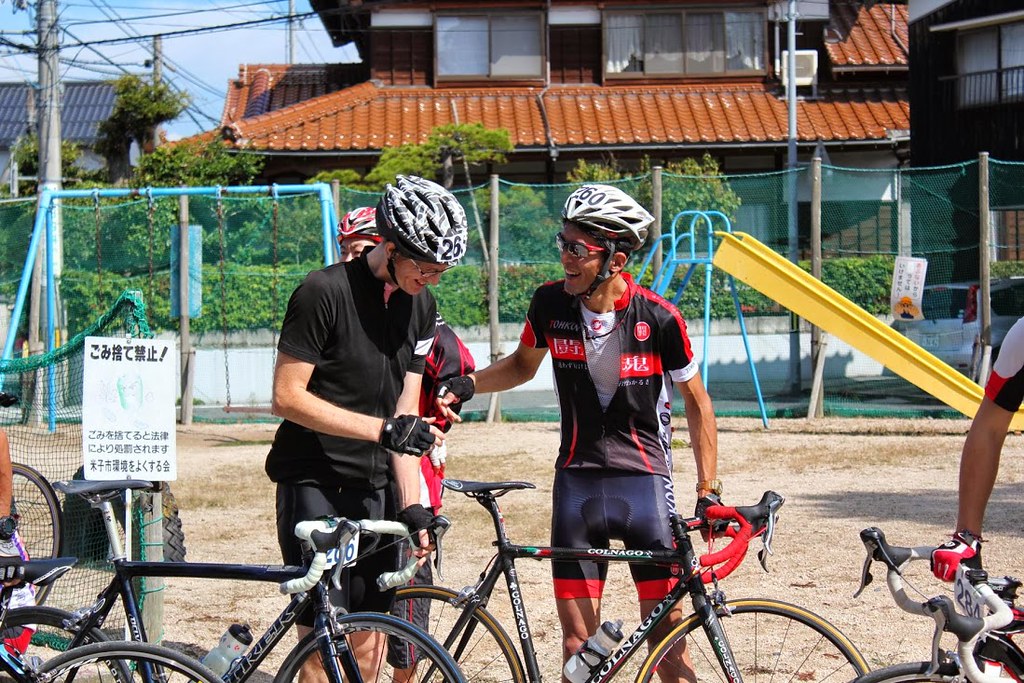 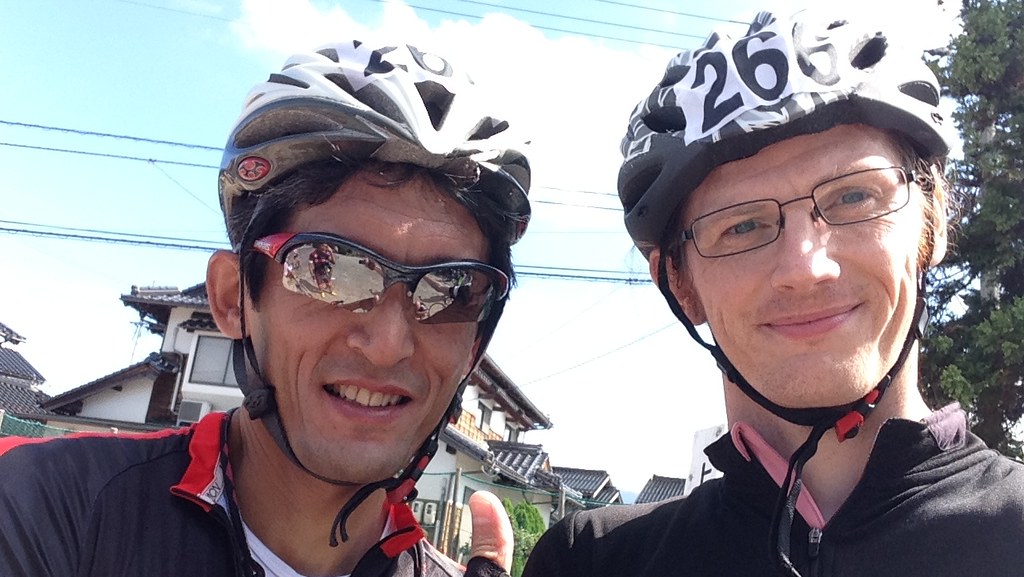 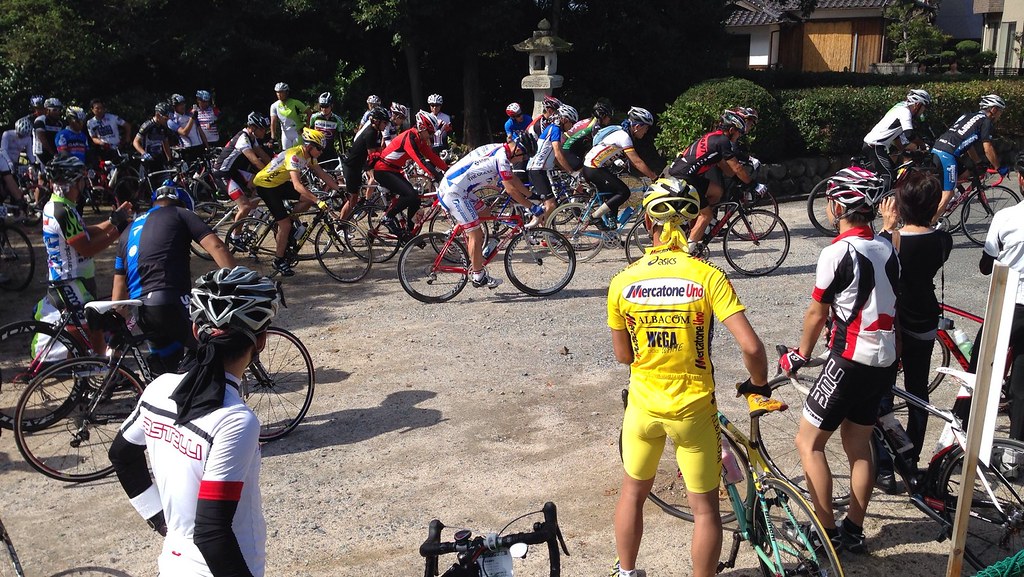 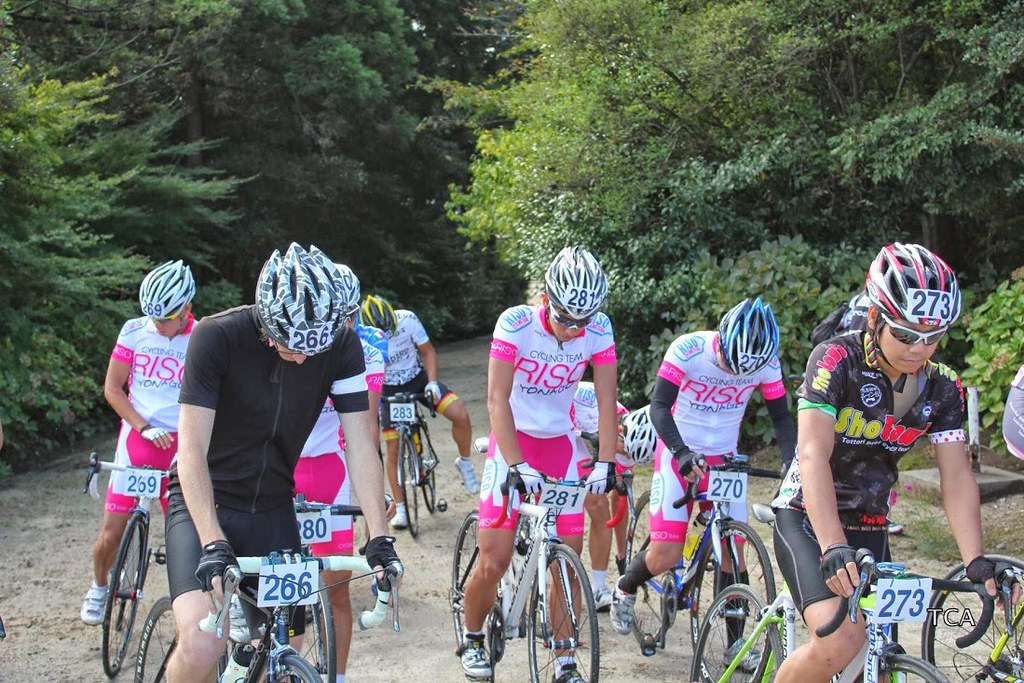 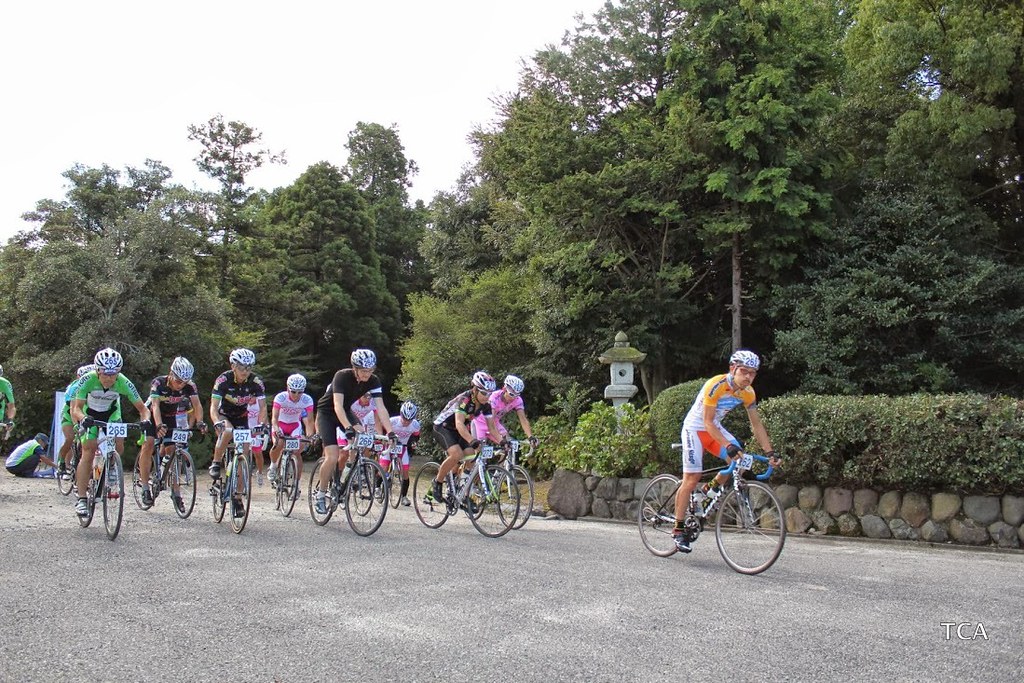 [Rider on the right takes the lead from the start...and we won't ever see him again! He was way faster than everyone, winning with almost 4 minutes ahead of second and third rider...]

Start was super fast. Just after a hundred meters we attacked a 1st slope that instantly broke our group. 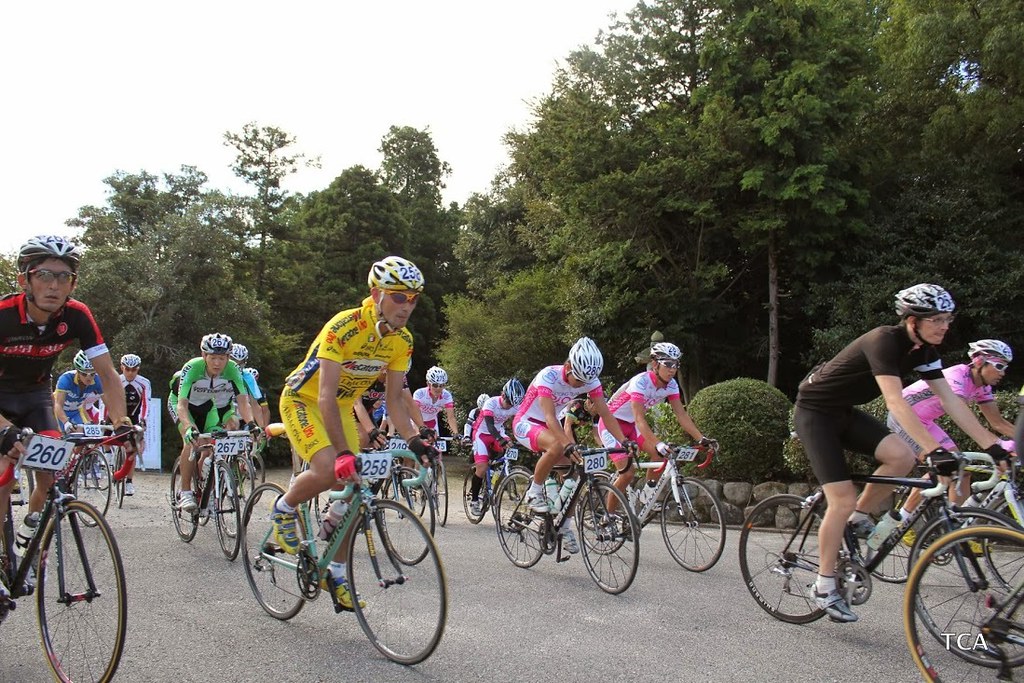 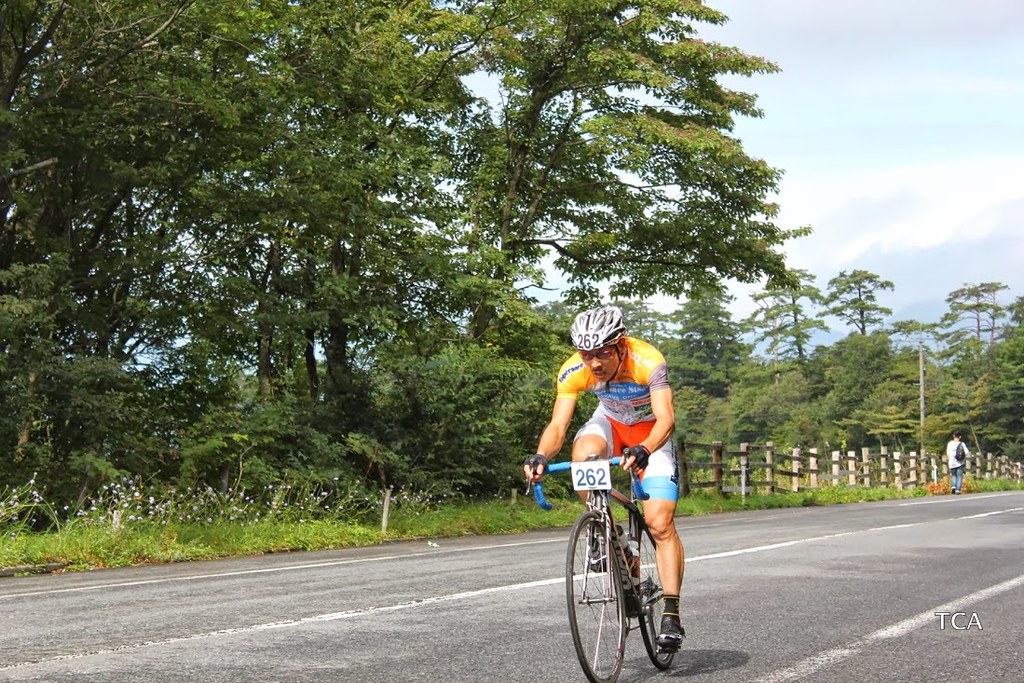 [On the way to the win, Shimizu San]

I tried to follow the fastest riders but in the next portion with a rough road I lost a bit of time. We were already also catching previous groups riders and it was a bit chaotic for a k or 2. 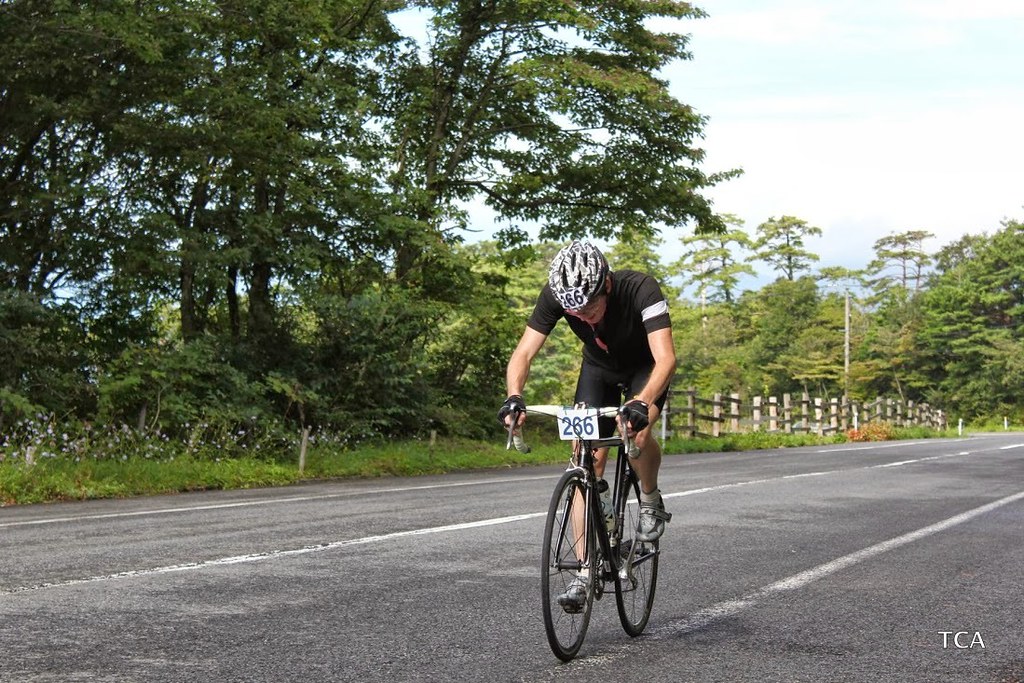 But once in the climbs I found my rhythm and caught back some riders from my group. Then it was a time trial to the end.
I felt stronger than previous years especially in the hardest percentages of the climb. 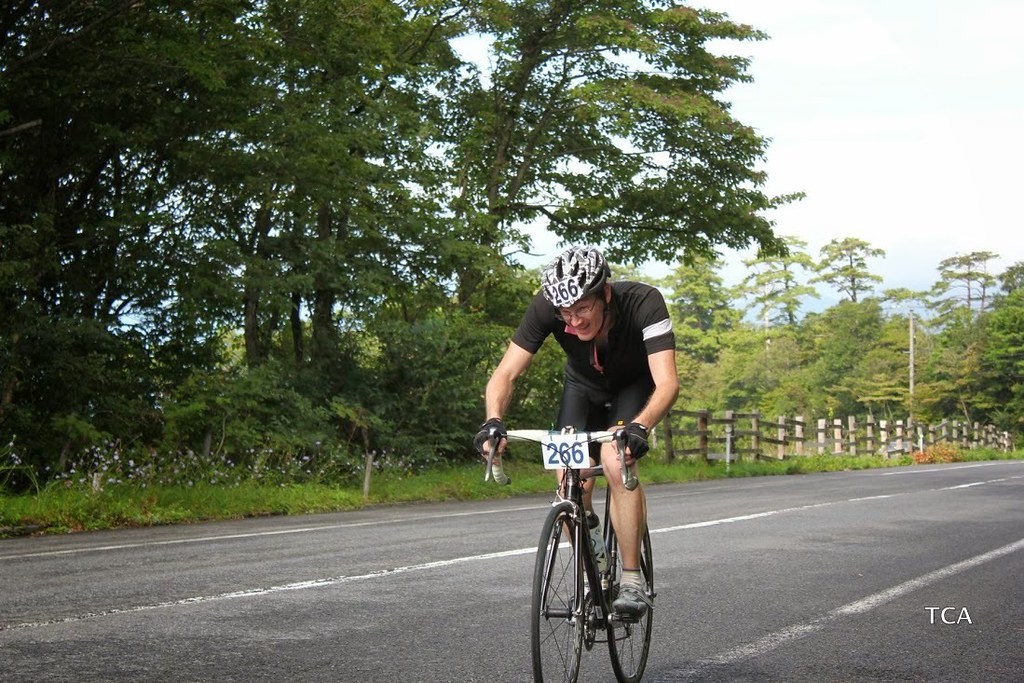 I like hill climbing but being 72kg for 182cm and competing with riders having 15cm and 15kg less (average) is quite hard :) 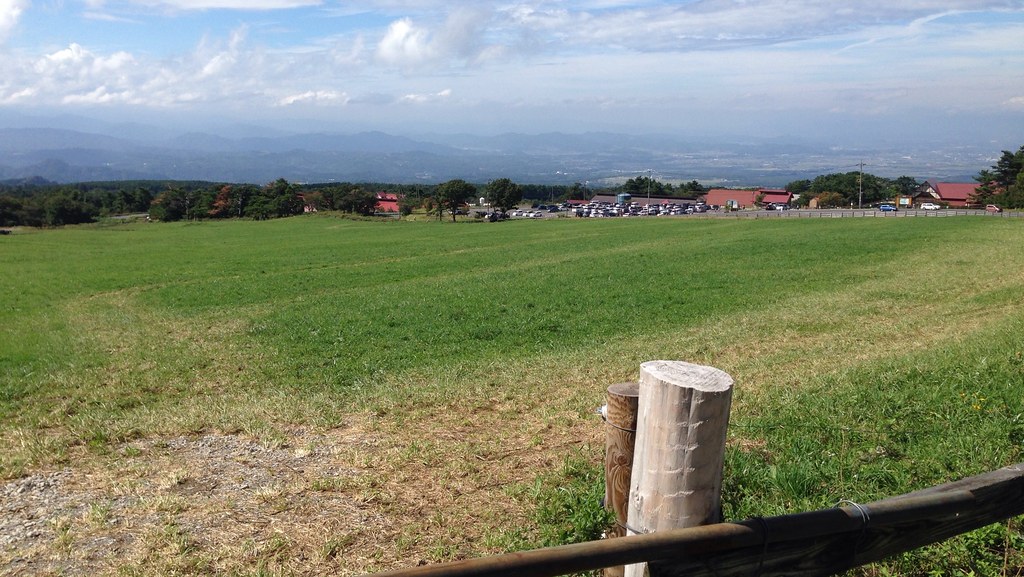 [Shot on the way back after the finish, that was really a beautiful day] 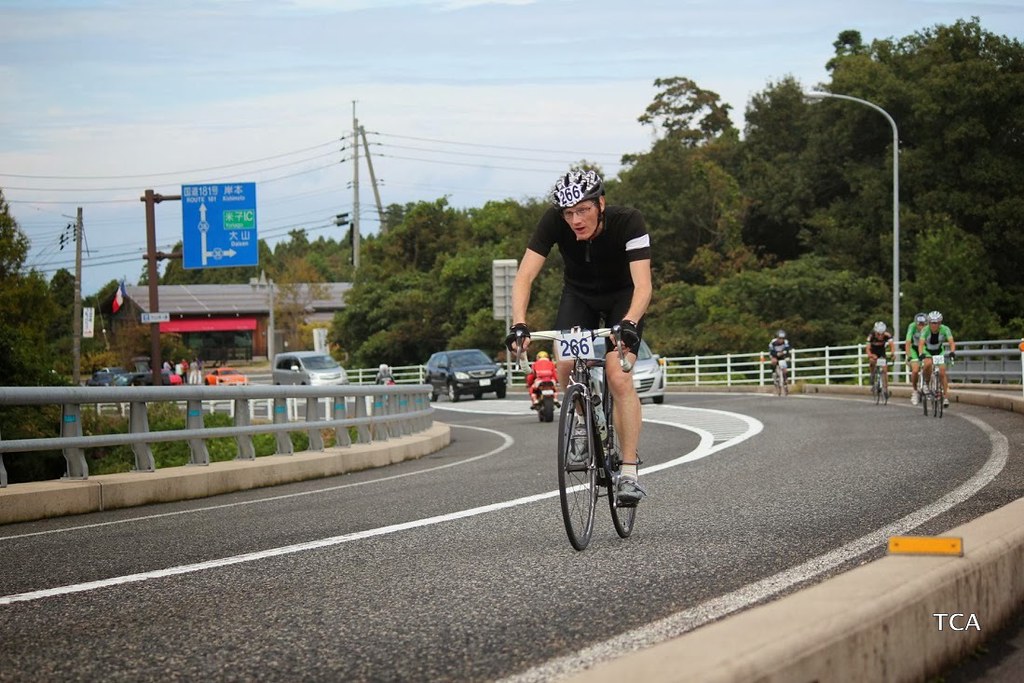 [3 years ago I was the only one wearing a Rapha jersey, this year 2 other riders were sporting the same as me. Next year I'll try to wear my own jersey, I have a little project about that]

I am pleased with my final result 18/147. 10 places better than 2 years ago and mainly 1kph faster!
Looking at previous results and comparing with other riders I gained between 1'30" and 2’.
Also I finished 1’ from the top ten and only 2’ from top 5, That's confirming my good result in Kasai (15th bike time). 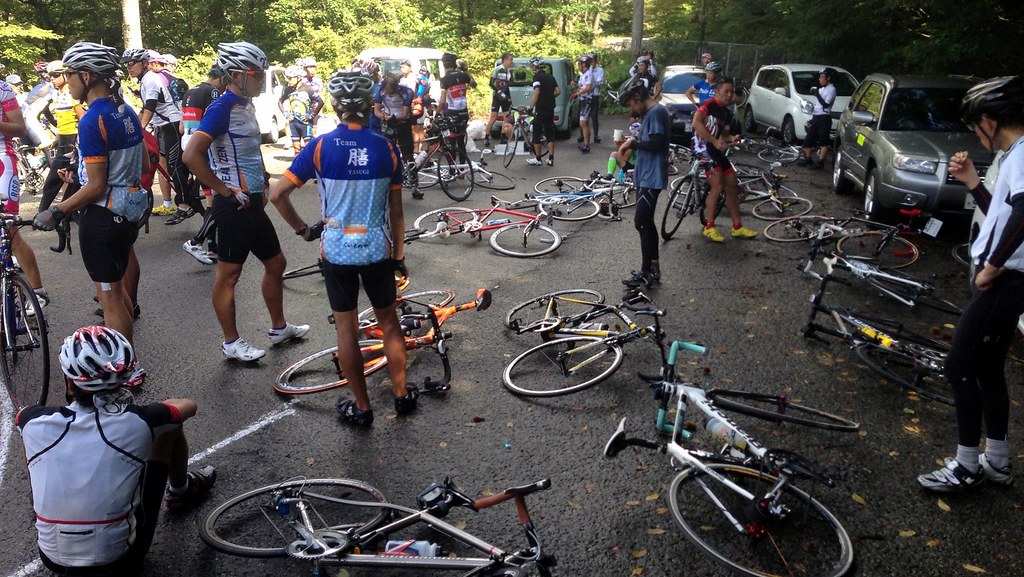 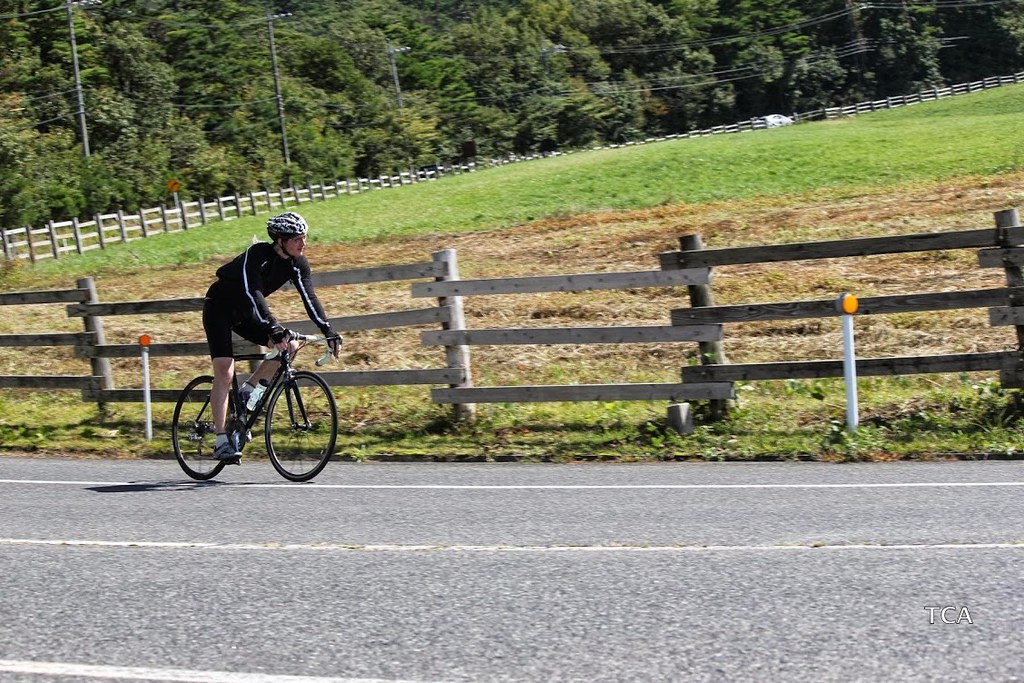 [After race, going back to the car and the local onsen!] 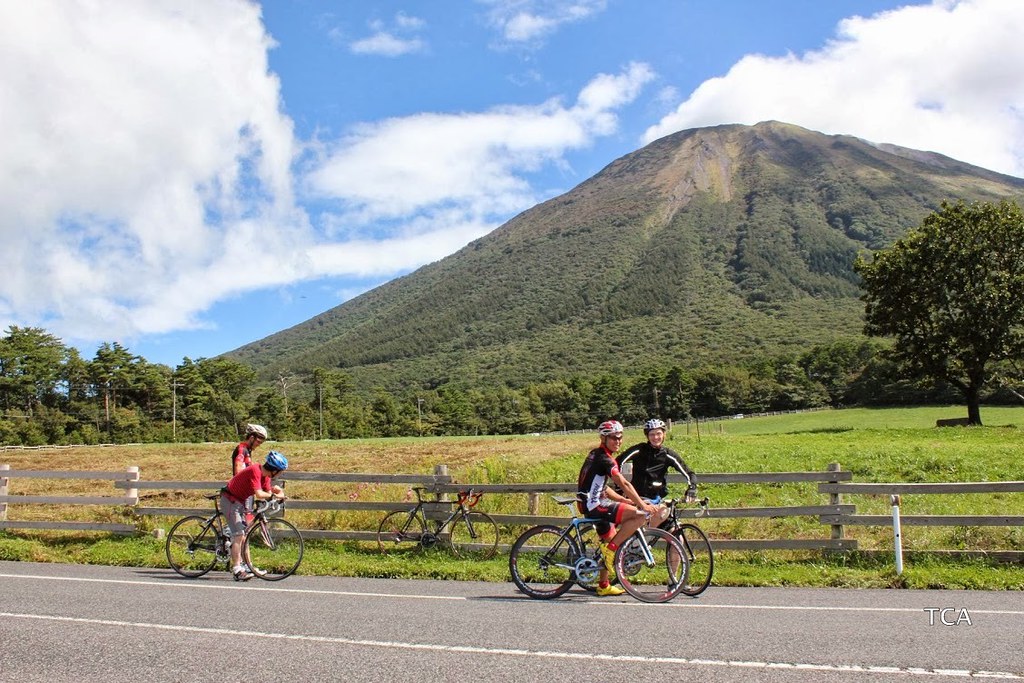 [Daisen in our back] 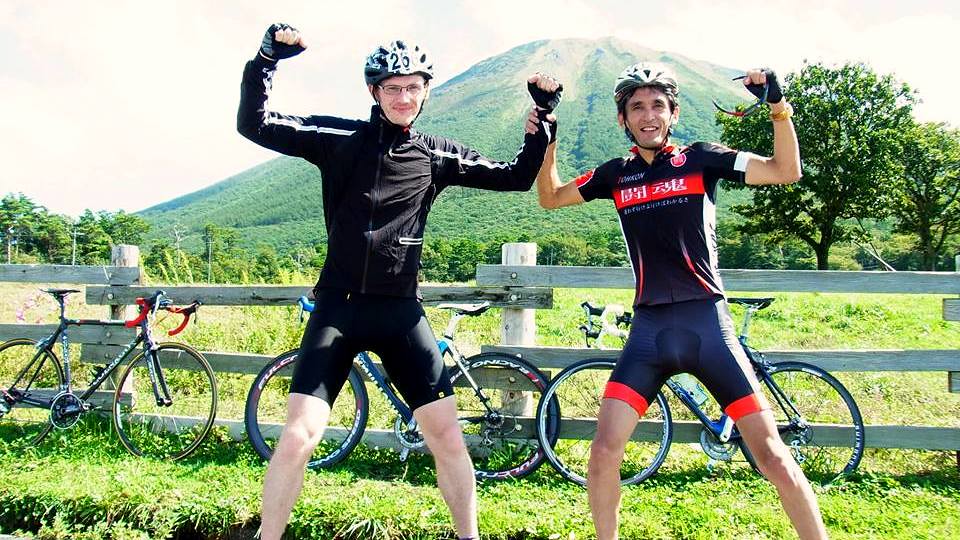 [posing with Hayami San who finished less than 2 minutes before me, I am getting closer!] 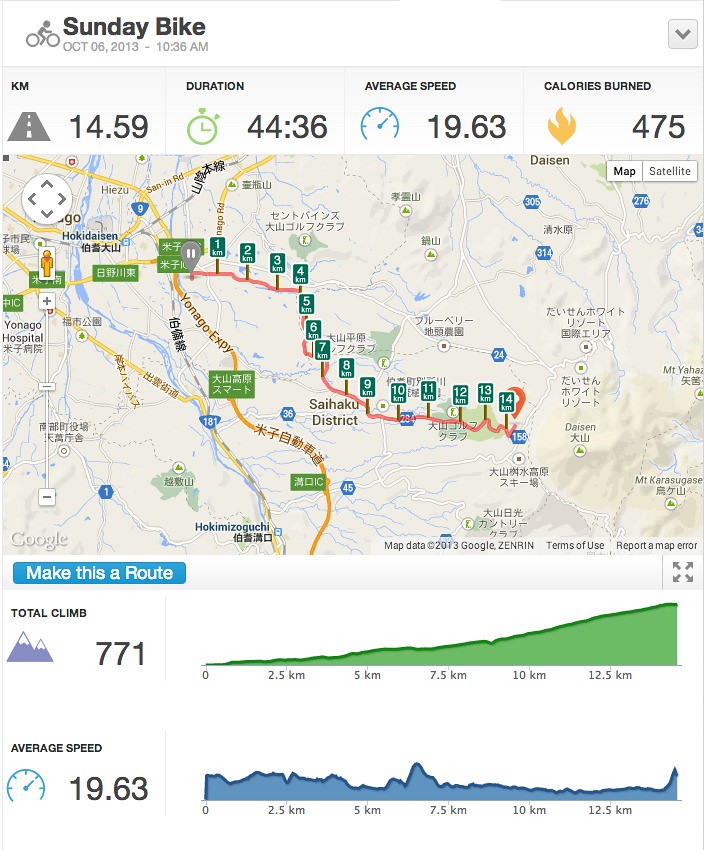 Now next challenges are running races. First this next week-end with an half-marathon. That’s not an objective in itself but more a test and training. The week after I’ll be participating in an 8.5k Ekiden so I need to keep energy. Then on November 24th will be my real half-marathon objective, in Shodoshima.
That should be all for this year concerning races, focusing then on building a stronger core for 2014 with maybe a special goal, an half-ironman.