This week of training was a bit unusual for me as I took part in the Rapha Rising Challenge - Circle of Death.

Well, between 15/07/2012 and 22/07/2012 the goal was to Climb 6,881 meters, the combined elevation of the Circle of Death.
You can read more about the Challenge and what is the Circle of Death here : https://app.strava.com/challenges/rapha-rising-circle-of-death
I joined the challenge because it's kind of fun and I started to use Strava recently (they have some good stuff that Runkeeper does not have...) and also completing the challenge allows to participate to a contest and possibly win a Trek Madone 6.9 which is the modern version of my Trek Madone 5.9 model 2006. 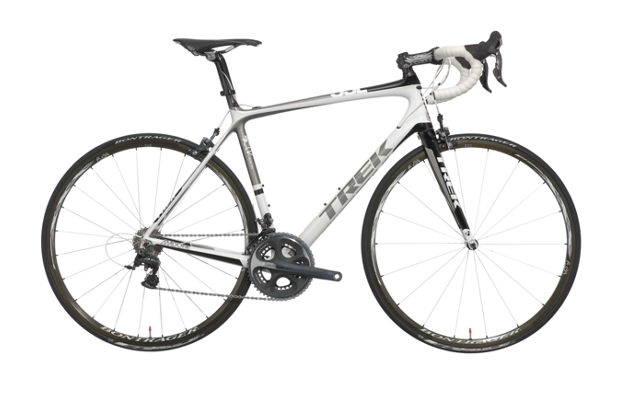 Surely the chance to win is small as it's going to be a one chance out of maybe 2000 or a bit more riders who will complete the challenge in the world.

6881m was in my range I thought though. When I go for some climbs I do only about 1500m of elevation in a couple of hours as I don't do very long distance training [I am aiming at being as fast as possible on 40k for now for triathlon. I will do more distance when I will target an half-ironman for example].

So in 8 days I did the following :

1st and second were the same path. I think that was the maximum elevation I could get in a 2 hours ride. 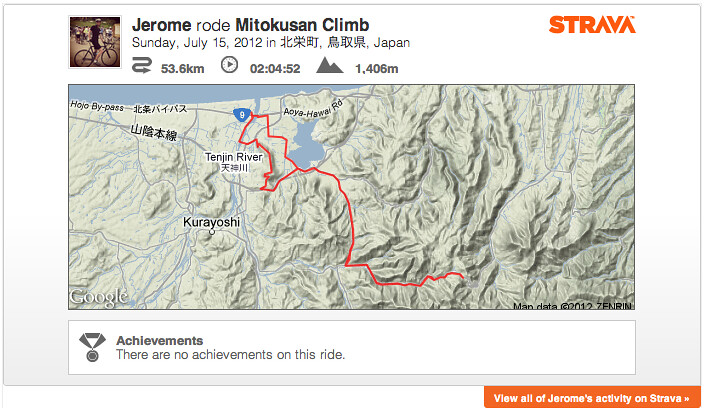 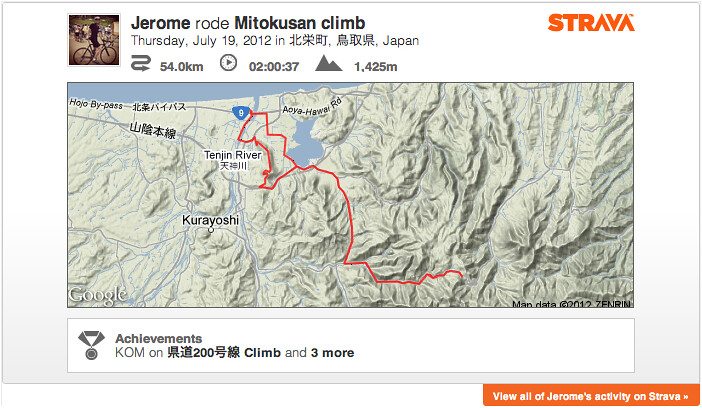 For the third I tried a new road and it was quite awesome. I did not go up to the top of this mountain (but reached almost 1000m) as it was rainy and quite the jungle up there; road was not clean (lots of branches) and as I had only one spare tube that was a bit risky. Anyway I will ride it again after studying more the road on a map.
Also when you are alone in the "wild" like this, some animals sounds are a bit scary :-) Not to mention the eagle (not a tombi, I know the difference) that flied over me (I guess the blue helmet is a sign for him that I am not a possible prey...hopefully).
I crossed also what was a kind of a ghost village, like a about 10 really old houses, I learned when back that it was a village founded by a samurai who escaped there for some reason and that some movies where shot there... I should have stopped to take a pic.

On the cute side I saw a little river crab crossing the road up there... 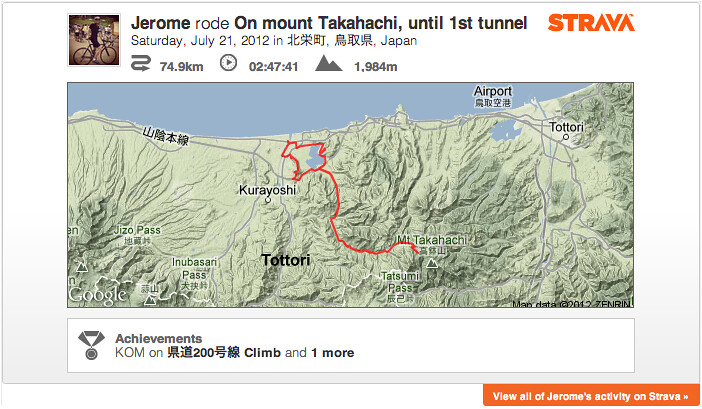 For the fourth ride, this morning I was aiming at a bit more than 2000m to just complete the challenge. So I climbed 2 of my favorite roads, Hachibuse with some high percentages and then one more time the road to Mitokusan. I rode maybe a bit too much hard in Hachibuse doing a PB there and I was bit out of energy in the second part of Mitokusan. 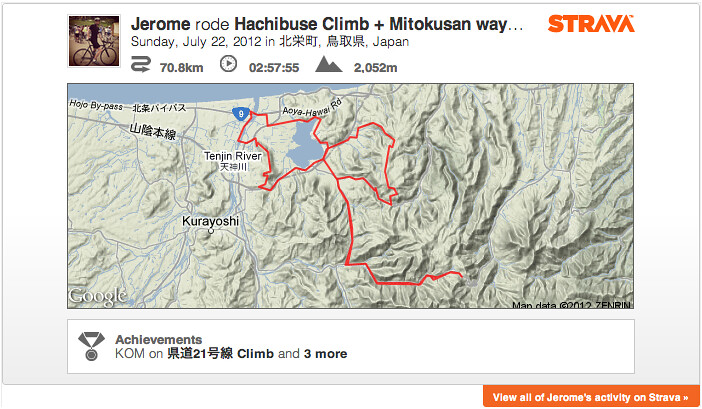 Pic of the bike at the top of Hachibuse shot just one day before the challenge actually started. I live way in the back just near the sea :) 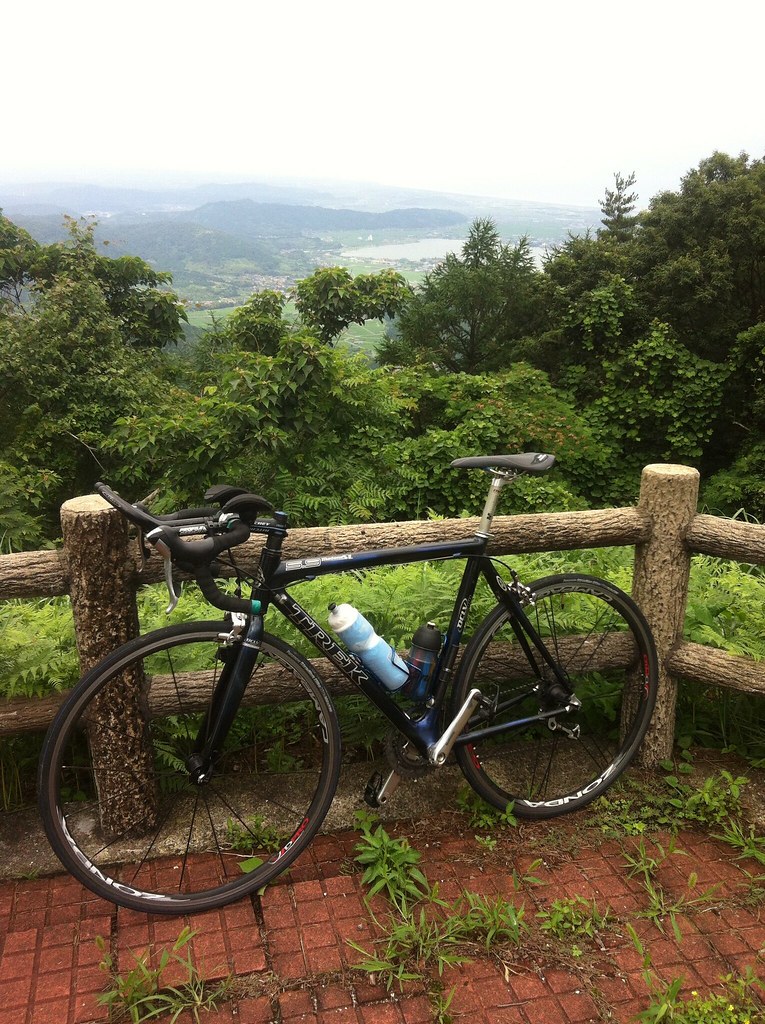 The irony is that with these 4 rides my total elevation is 13m short to reach 6881m! Right now I am ranked 1220/8888 and first at not completing the challenge :-)
Well I just have to ride the bike a couple of kilometers around to finish, I'll probably do that tonight on my way to the local matsuri :D

So the total numbers are :

Also I swam 2 times this week and on Tuesday I ran 19k. I guess that is a pretty good week. That said from next week I am going to do more specific training again towards Sagishima [Sagi Island in Hiroshima prefecture] Triathlon that will take place on August 19th.