Triathlon Training a Year After

Hello mid-summer and the not mid-temperatures!

Almost 10PM here and it's still 30 deg. Celsius out there… In the day time from 10AM it's about 33-36 deg. with humidity : not a nice weather to practice endurance sports, but I try anyway:-)

I try to start as early as possible my trainings even if I am not a natural early riser. Around 6PM it's also bearable to go for a jog before the night.

But before to go more into my current trainings I want to write a summary of my "come back to triathlon" journey, as it is just one year now that I (We) moved to Tottori prefecture and that I started to train again seriously. 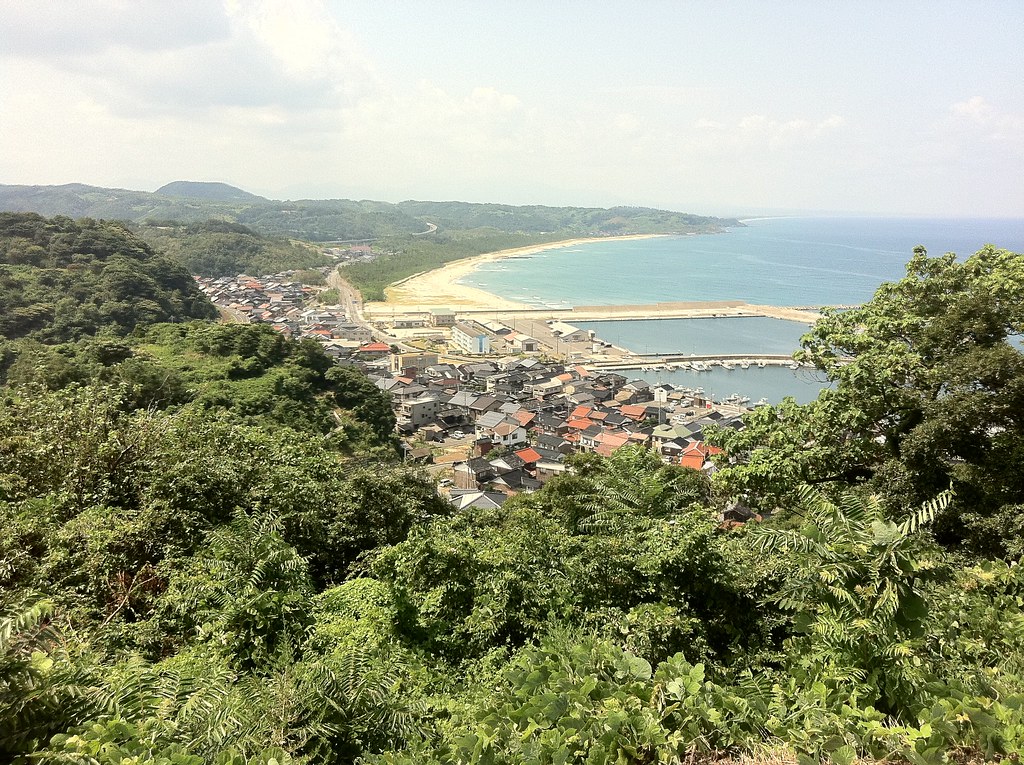 1 - Getting back in shape

I have not practiced any sports regularly for the past 5 years. I am not completely out of shape thanks to my daily fixed gear riding and also for some jogs or swim sessions I did during all that time but that was never really intense and even less planned and very irregular. Still I managed somehow to participate and finished 2 times Tokyo marathon with almost no training. And I had an "epic" day when I rode on a Fuji Track from Yokohama to Mount Fuji [138k] in 2010.

I am 182cm tall and was about 72/73kg, that sounds not too bad except I had 'no muscles' and that includes my heart which was quite out of shape. My body fat % was around 18%. Not great for triathlon...

You can read about the 1st 2 months of training here : Triathlon training the first 2 months. Training distances were quite short and pace "comfortable". With no surprise bike 'skill' was the first to show up again though.

Goal was to get back in shape, nothing competitive yet but that was a necessary first stage, building a good base for later. 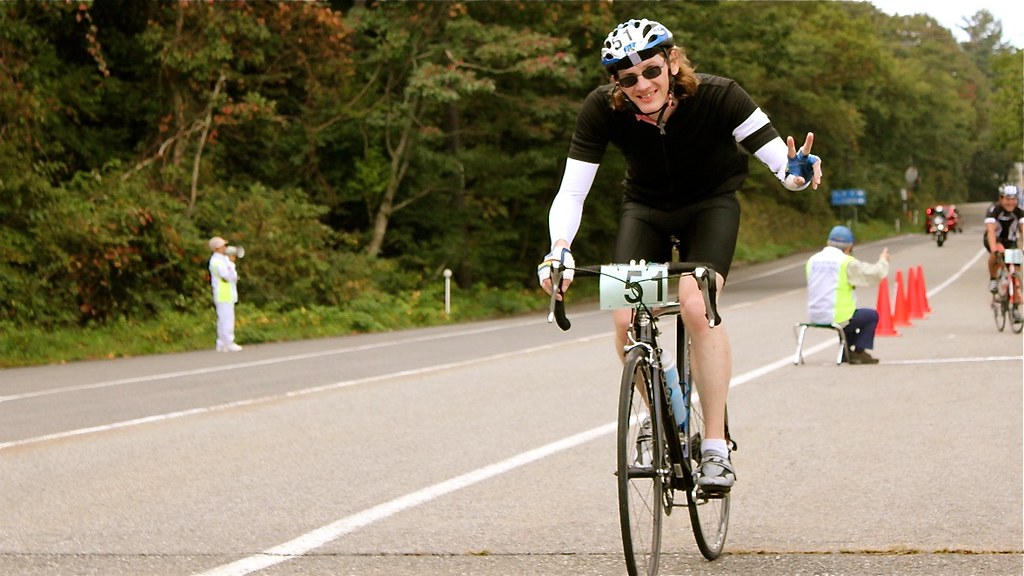 Even with not so much power and fitness I managed to finish The Daisen Climb (October the 16th, so 2.5 months of training) at the 28th position [198 finishers] that was good for motivation. 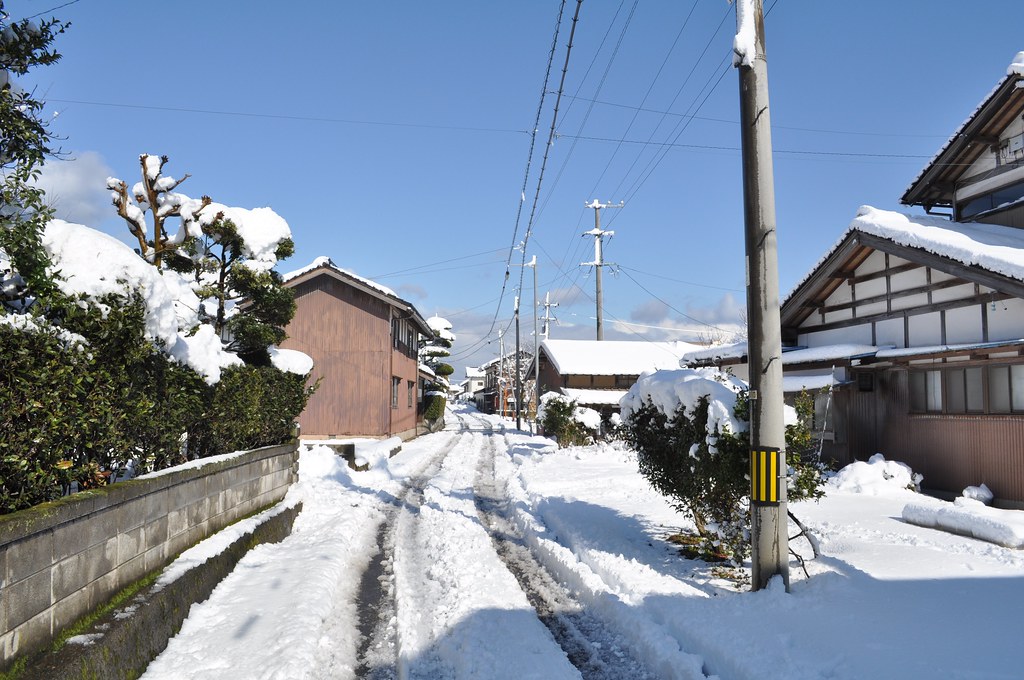 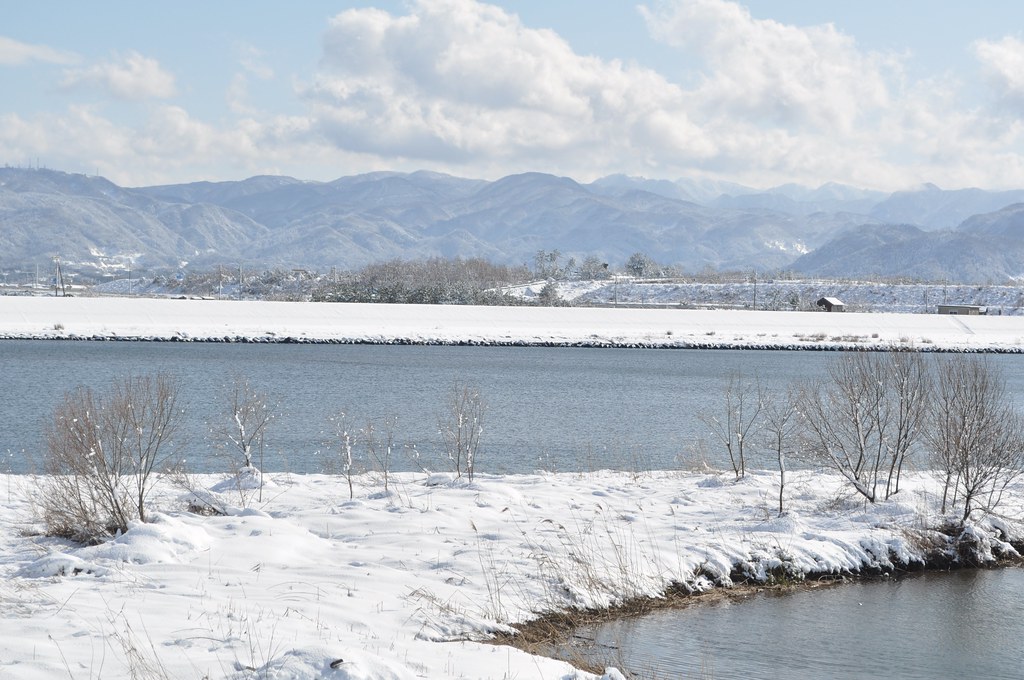 At the end of 2011, I was feeling better than in a long time. With no real goal and difficult weather [heavy snow], my training faded slowly but surely with winter. Moreover the local swimming pool was closed for maintenance for a month. In February and March 2012 I almost did nothing… Not very good, I know already I won't repeat that next winter.

2 - Working on the endurance

Thankfully I was not completely out of shape when winter ended but I had to build the basis again. 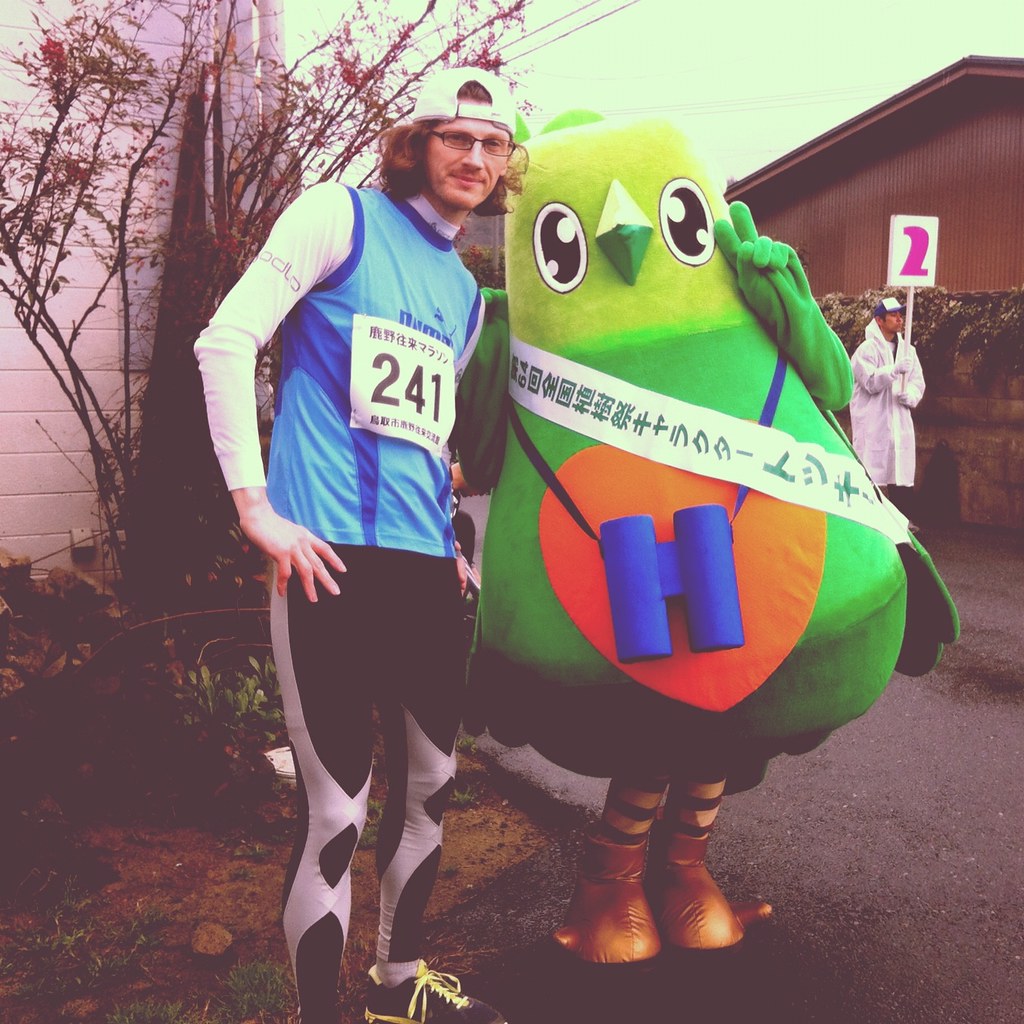 My first test after a couple of runs was to complete the Shikano running race, about 10.5k with a climb of 230m in the first 6k and then a downhill to the end. That was tuff without much training and I finished just under 50' [See the run here : https://app.strava.com/activities/13696259] That was on the first of April and really the start of 2012 training.

From then I trained very regularly and adding through the weeks. 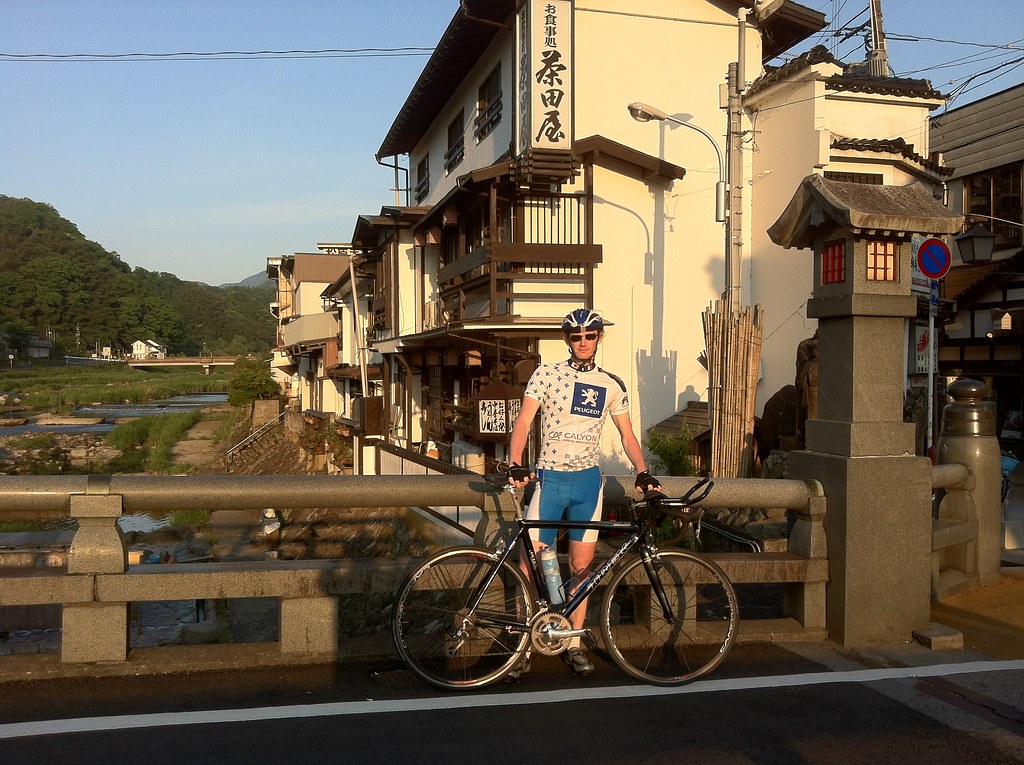 In Misasa after an evening training in spring

In May I rode the Tour de Daisen, that was a good test and I finished 23th out of 548 finishers. I was definitely not at my peak of form but was feeling ok and happy with the result. 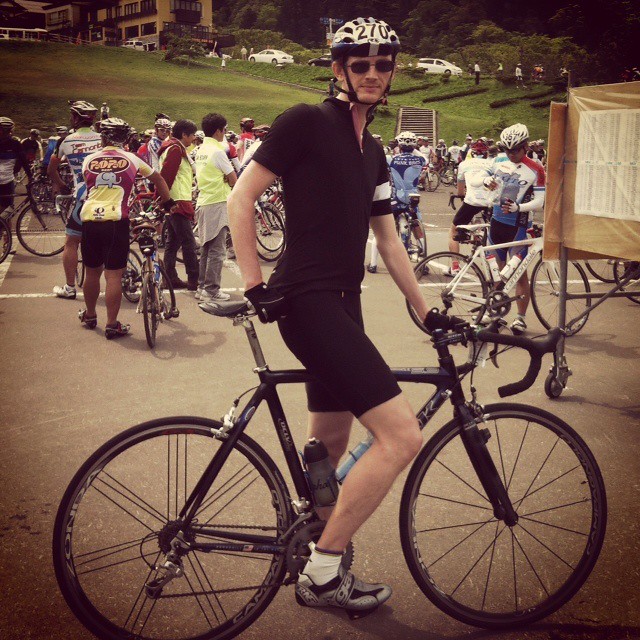 Of course I was training also my run and swim as well with Yurihama triathlon as a main 1st goal for 2012.

After Daisen I was confident I had enough endurance to complete the triathlon but I needed more power on the bike and speed on the run. I knew my swim would not be great this year yet but I did my best.

Yurihama triathlon : you can read the report here.

To sum-up : mediocre swim [mainly because of the course], good bike, awful run but I finished and became a triathlete again after 7 years! I was a bit disappointed with the result, 67th/305 finishers and 15th/76 in my age group, mainly because of my inaptitude to really run that day [lost 30 places just on the run…]. But for a 'come back' that was not so bad actually. That also pumped me to continue a serious training towards next race.

4 - Adding strength and getting fitter

My goal after my trip to Taiwan at the beginning of July was to get fitter, gain some muscles and be more resistant.

The next race being Sagi Island (Sagishima) triathlon on August the 19th.

The course is challenging [I will blog on that later] and it will be very hot I am sure. So I must be prepared for that : adding some tough rides and also longer run even in the heat sometimes [not really a choice anyway currently, unless to wake up at 4AM].

I joined the Strava Rapha Rising Challenge [link] which was a good motivation to climb the mountains around, logged some good kilometers at good pace. That brought me a better fitness.

Then I tried to complete an other Strava challenge : running 50k in 3 days. But I could not run on the first day so it became 50k in 2 days for me… I gave up at 37k on 2nd day as I was feeling my recovery would be too long if I wanted to complete the challenge. But these kilometers were some very good resistance training, something I will need during Sagishima triathlon run part.

Now I am at about 13/14% of body fat, still 69/70kg. Legs are getting stronger but my upper body is not really following as I haven't trained enough for the swim. So I am adding some strength exercises, I am using the Gain fitness iPhone app. and chose a beginner level, I'll see how it's going to affect me. [I would need a real coach for that part actually…].

I still have about 10 days of serious training before the tapper week race.This time the swim will take place in the sea. I am a bit in the unknown for the swim part as I did not train as hard as on the bike for example. Of course I will do my best though, I don't plan on resting during the swim :-) [I noticed last year swimmers time was quite long for many (more than 30 minutes. I wonder what is the actual distance, fastest was in almost 24' ! It must be more than 1.5k)].

This time I decided I won't push too much on the bike as it will be hot and the course [42k] is made of up and downs. I will need energy to have a proper run this time which is my main goal [same course as the bike, 10,5k with 2 climbs...]. 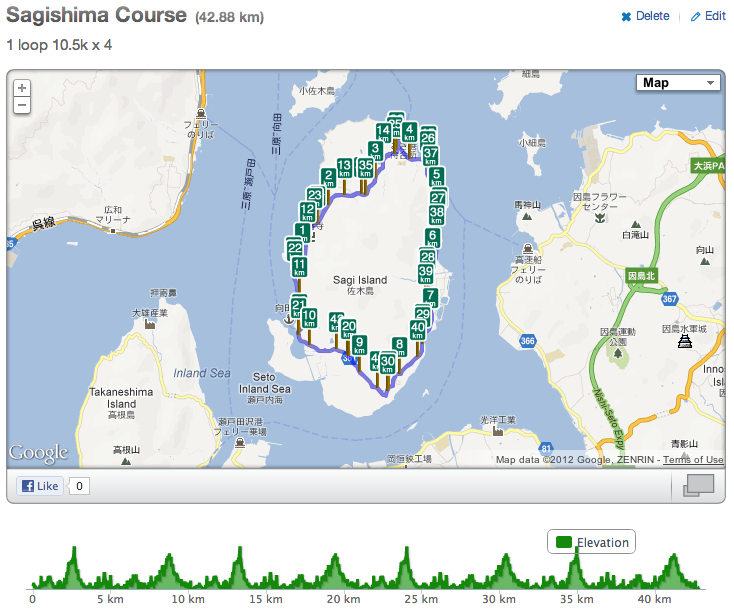 Ok, anyway 2 weeks until race day, I can't wait for it, it will be also my first time in Hiroshima prefecture.

I have few goals for the rest of the year, including an half marathon, Daisen Climb again, possibly a 10k run race and also one big project (that would be in November) but this one is not confirmed yet.