Last post let us in November (phew...) when I ran the Shodoshima half-marathon. Since then was the usual winter break and spring back to training : with no competition before April and a tougher weather, I often preferred to stay under the kotatsu in winter:-) 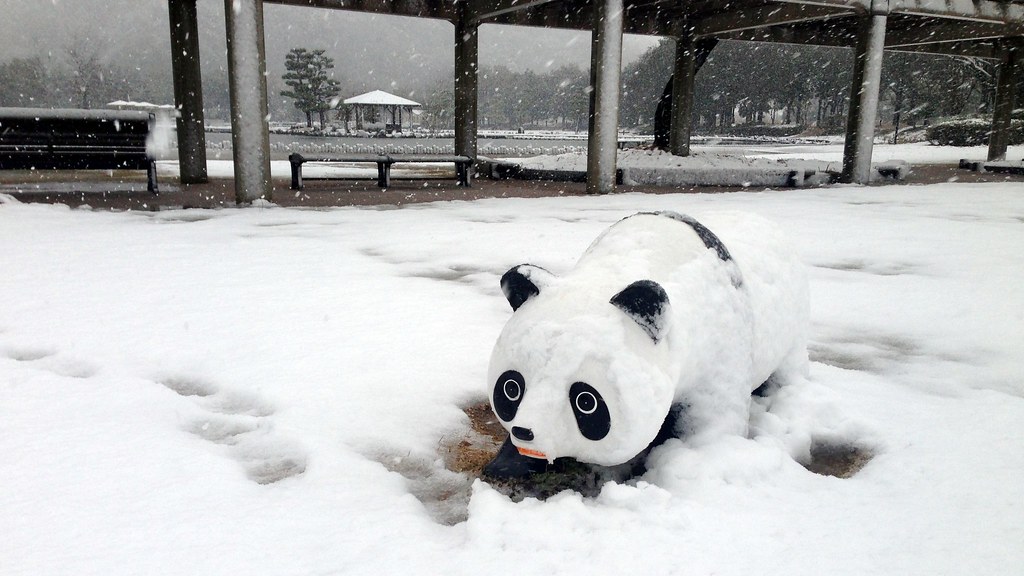 [We got actually only few days of snow this year] 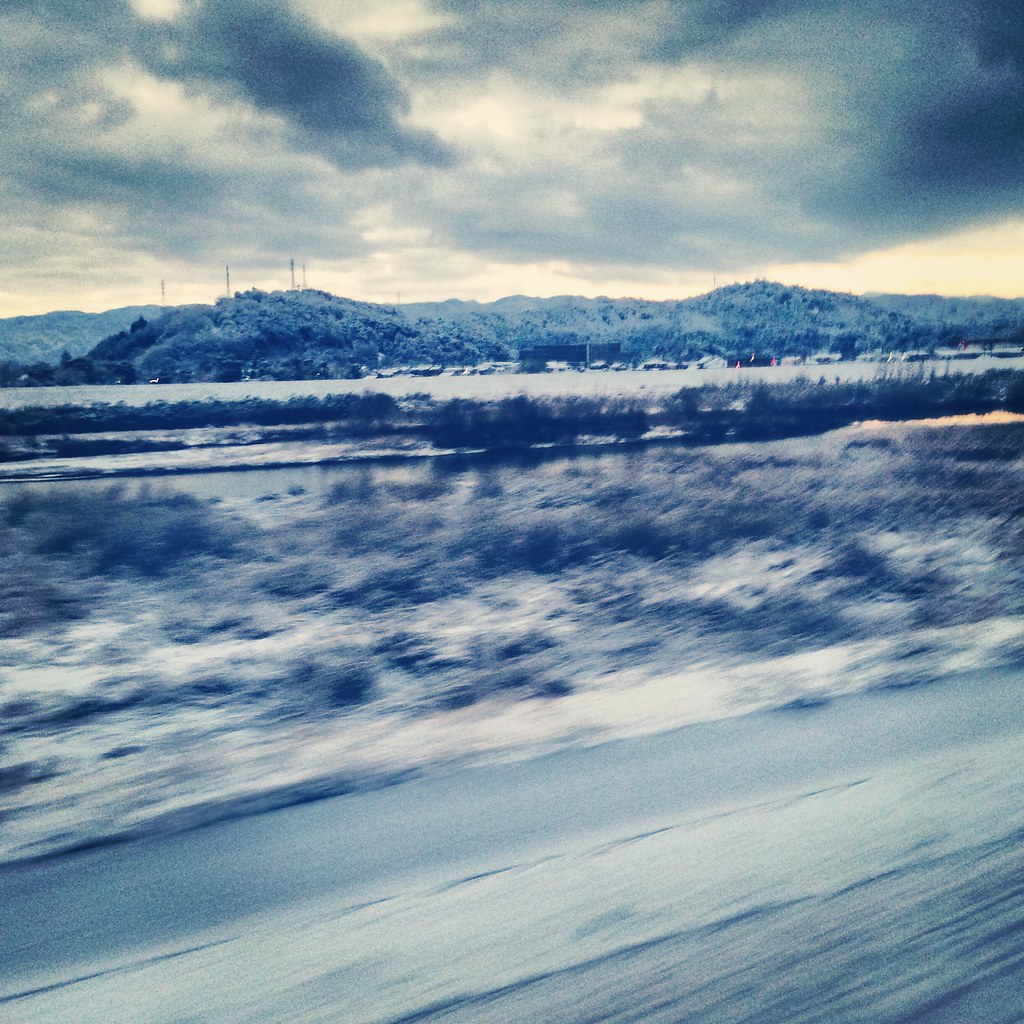 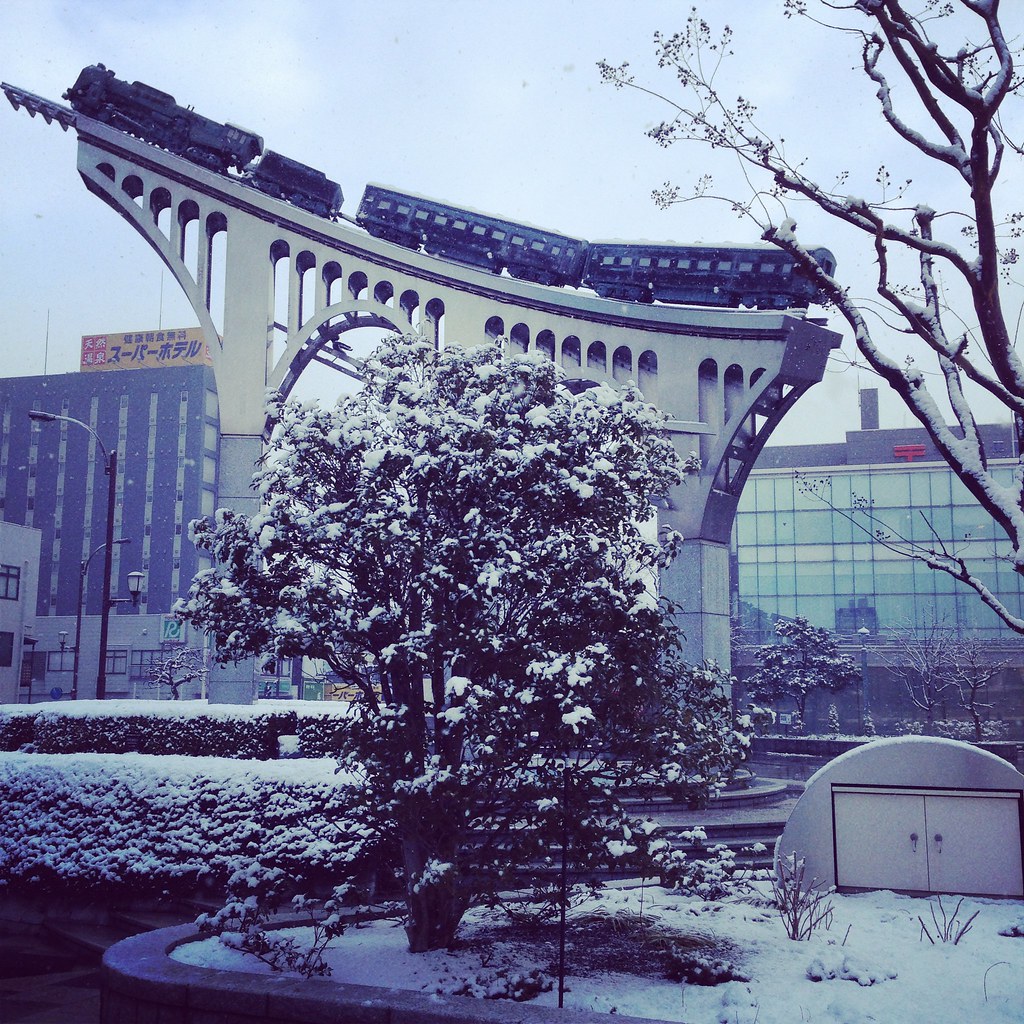 Also until March 17th I was still working for the Prefecture promoting the eco-tourism in Tottori and basically did not see the light during the week days as leaving from 7am to be back at 7pm... 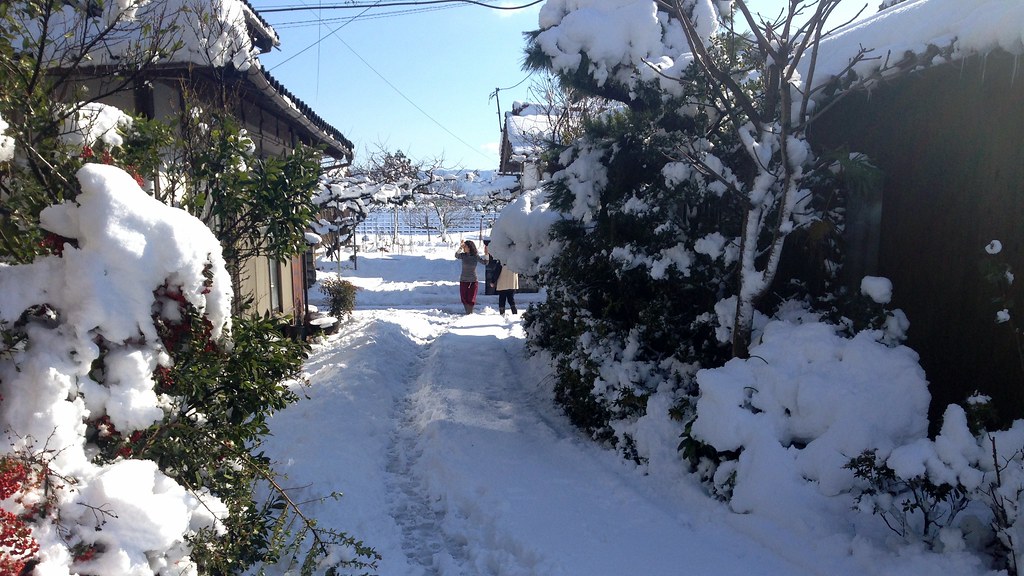 [Days like this despite a clear blue sky, is no bike...] 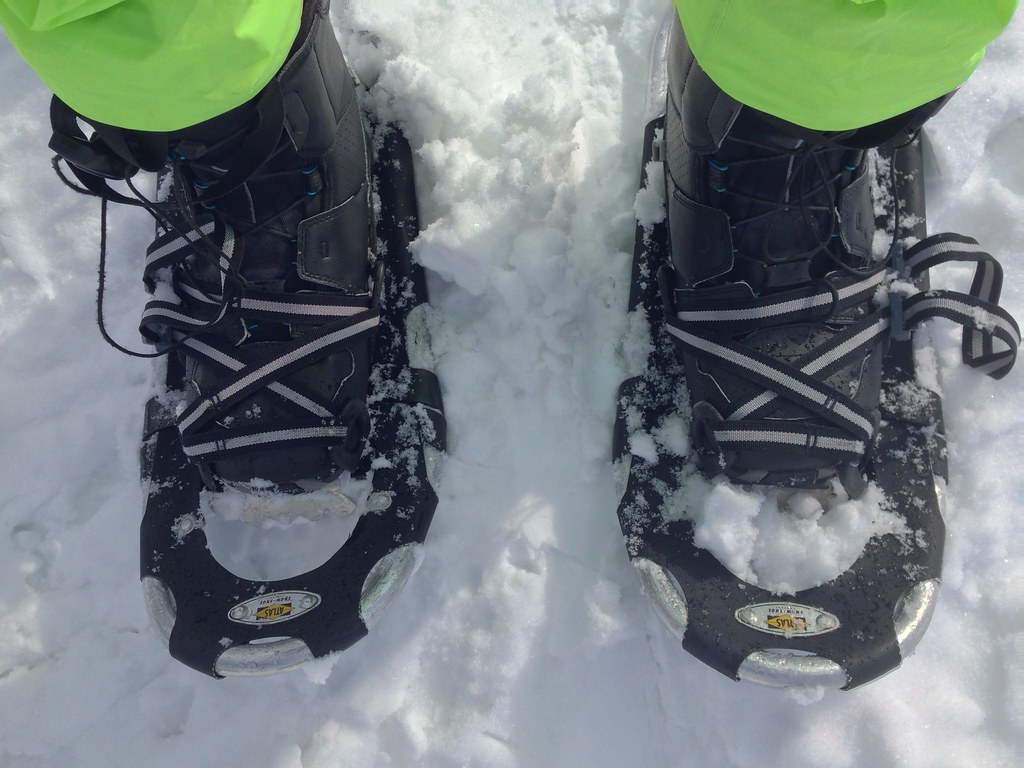 That said I did not want to be resting all the time like previous years. This last winter I wanted a better preparation before attacking spring training. I only participate to few triathlons in a year mainly because of costs and travel distances. I am lucky enough the Hawai triathlon in Yurihama is taking place just few km from home.

[Thanks to the work for the prefecture I discovered the joy of snow-shoeing in our local mountain, Daisen : lots of fun!]

Last year with work and a too late preparation I ended to be quite slow at Yurihama triathlon and felt it was a bit stupid to waste one of my few (2...) triathlons of the year. Thankfully I did much better in October at Kasai triathlon with a better summer preparation.

So my goal this winter was to keep a minimal good condition, not getting 3kg heavier like last year and be ready to climb the surrounding mountains in Spring.

But for that I thought I needed a goal to force me to train in even cold and sometimes rainy snowy conditions *Music of Rocky 1 here*. Therefore I subscribed to the Tottori City Marathon that took place in mid-March.

I am not a real marathoner, I prefer shorter distances, 21k being I think my max in terms of maintaining a certain speed for the distance. My previous experiences on marathon were not very successful to say the least, mainly because after 1h45 of running I am boring and my hips start to really hurt (my parents said it's probably due to an issue I had as a baby...).

But even knowing that I hardly found the motivation to train for long this time again. This is what I did the 10 weeks before the marathon :


Yep it's light and I knew I could run 20k but after was kind of unknown. I still had in mind my good result at Shodoshima 21,1k on a hilly course (1h30'), but this time the legs were not the same yet.

I don't want to go lengthly on it so let's say it "ended" at the 25k mark : I was in pain in my thighs and hips and wanted to retire from the race. But my wife was there on the course with her bike and asked me gently but firmly to finish it. It looks like she's the boss :-)... What followed was a long alternation of walks, rests (probably something like 20/25 minutes overall) and semi-jogs... I only found some energy to run the last k (which turned to be awkward as a lady thought I was racing her and kind of sprinted with me...). 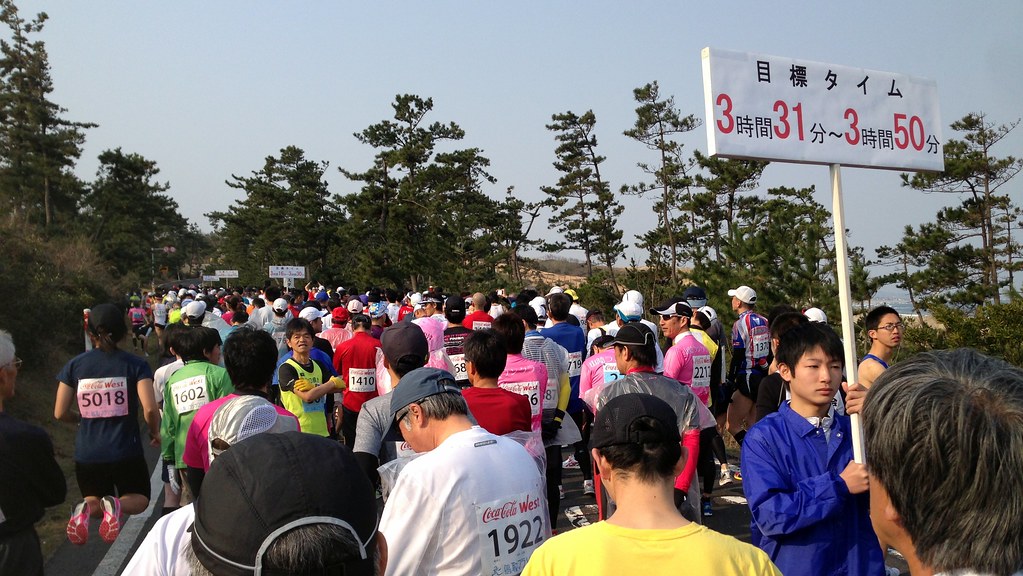 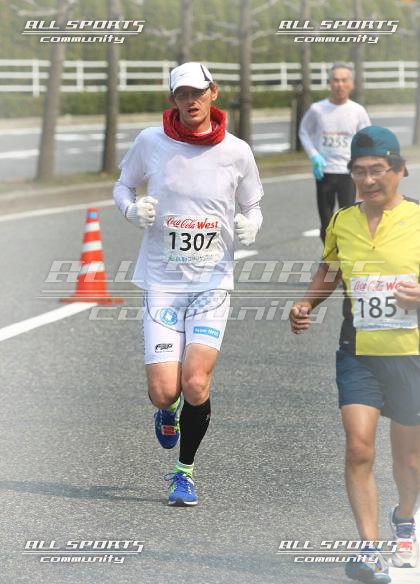 Progression : (or regression as a matter of a fact):


My first decision after the race was to never run a marathon again and asked my wife to punch me in the face hard if I ever bring back again the idea in the future :-)

I prefer to stick at what I really enjoy and am a bit better : triathlons, multi-sports, cycling and road run until 21k. I like to feel a minimum speed. I don't have what is needed to run a proper marathon.

Just a couple of words about the course itself : windy and not flat! [winner in 'only' 2:31:49, head wind was quite terrible for everyone]

That said there was a couple of good things in this story: first I managed to keep my weight constant this winter and also I maintained a certain fitness, that's good.

Also for the first time, during the marathon I wore some sleeves that compress a bit the calves. I did not expect miracles from it really but the next day of the "marathon" I was super surprised to not have any pain at all in my calves! I could walk almost normally.


Next objective to end winter was the Shikano Quarter Marathon 10.5k : much more in my range of races. I like this one also because it's a 2 parts race, first a climb until the 4.5/5k and then almost all the way down. This year was my 3rd participation. It took place 3 weeks after the marathon so I could recover and felt pretty good on d-day. I though I could run faster than the previous times. 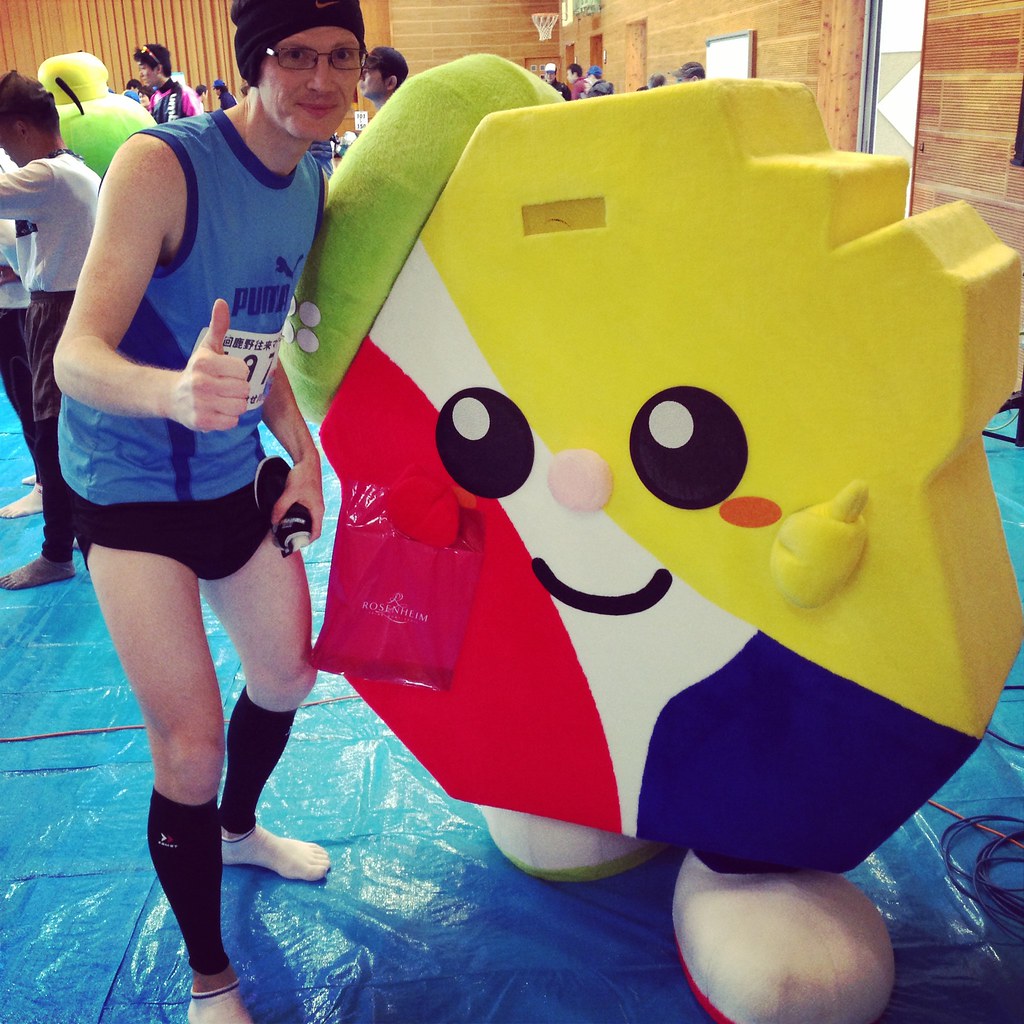 [Each year at this race, I got my pic with a different YuruChara. I don't know the name of this one though...] 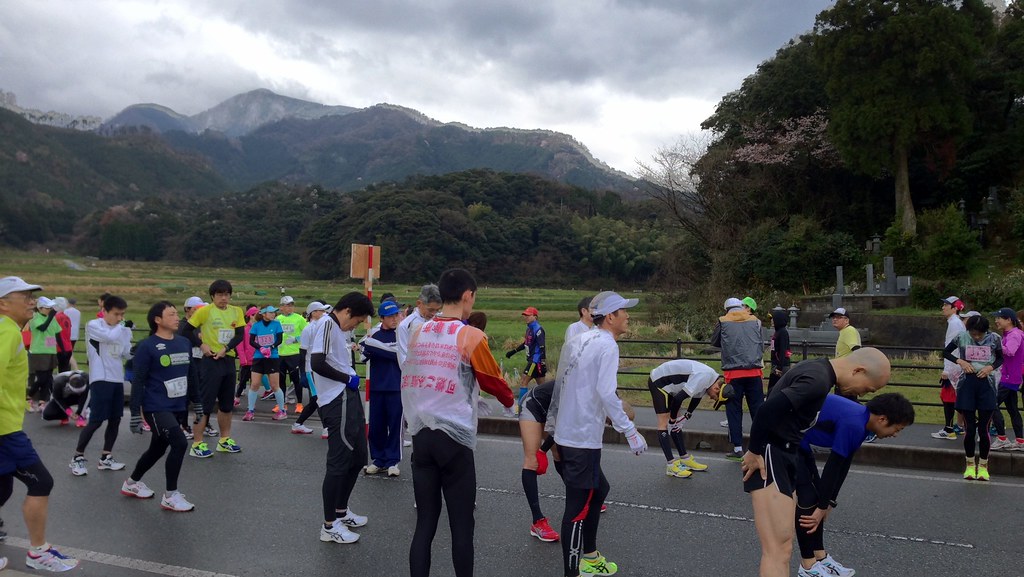 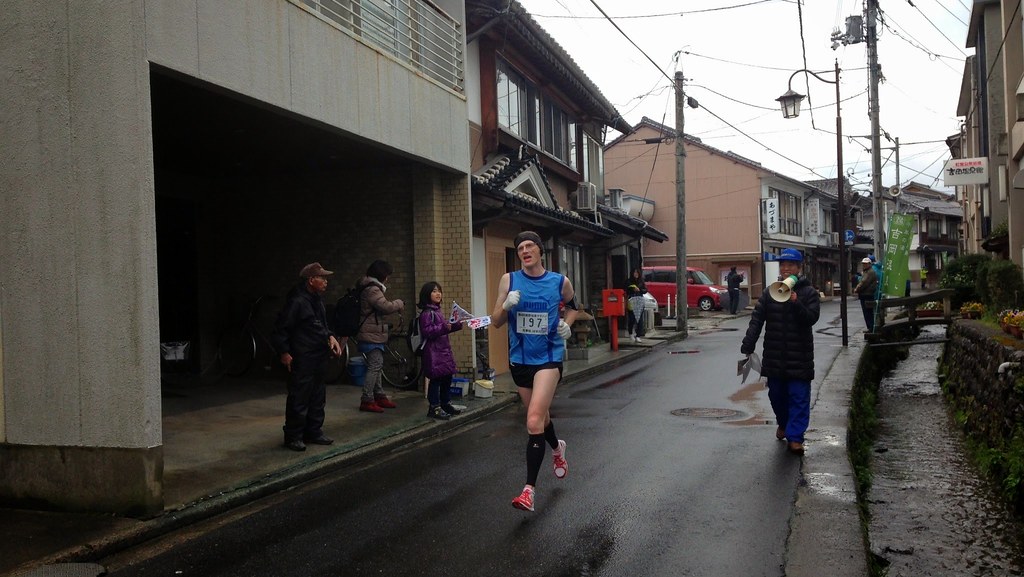 Result : I beat my *personal record* by more than 2 minutes. Like last year we had some rain too but it was not so cold. 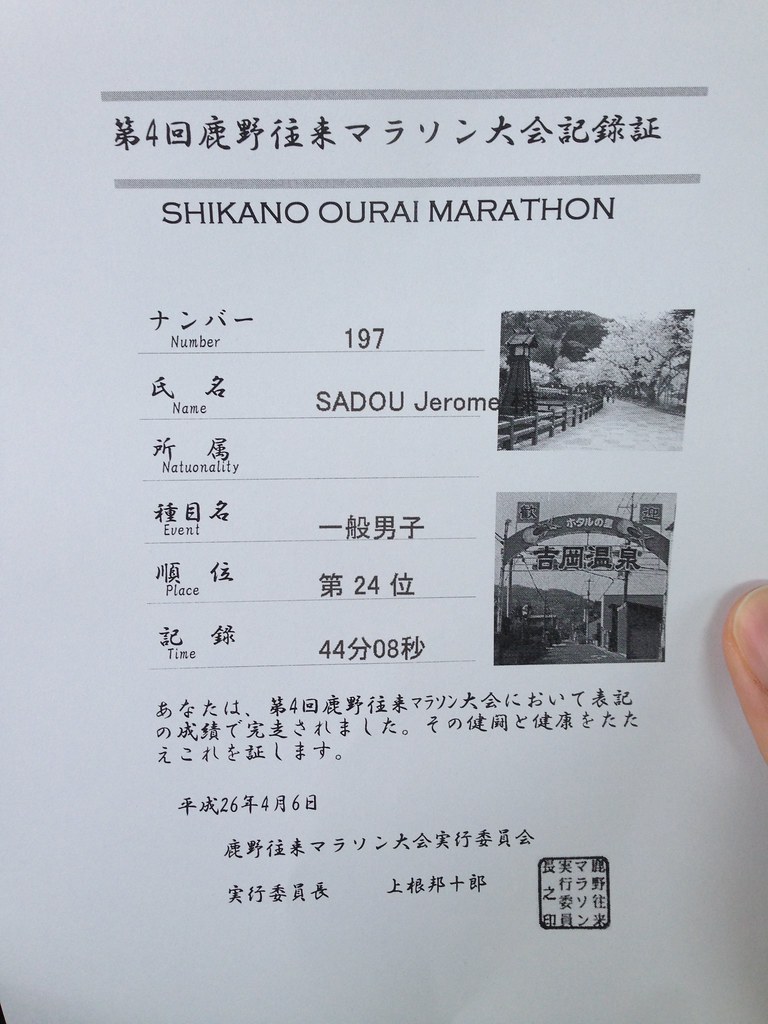 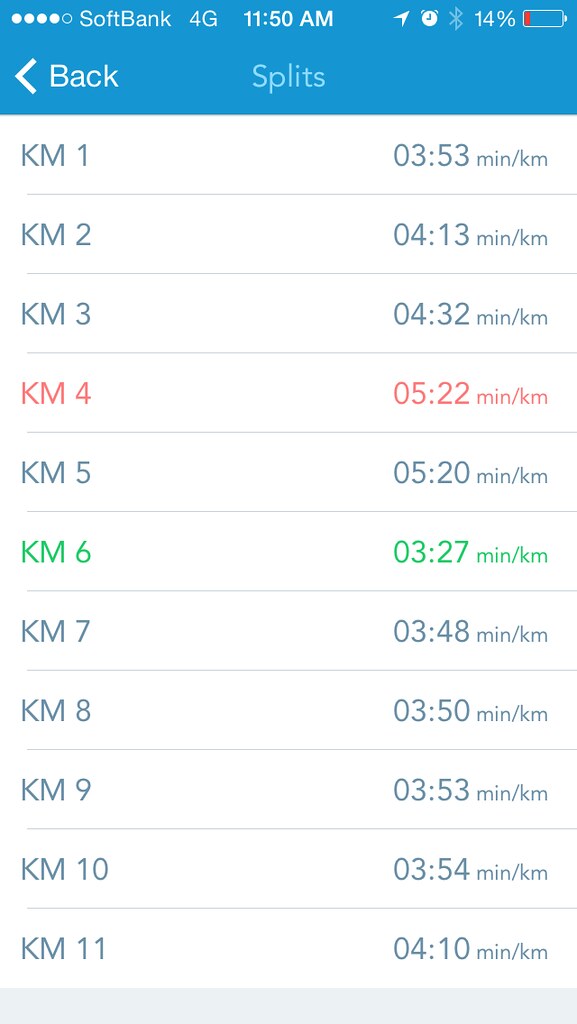 I was really happy with my condition, legs and heart were responding well and could push till the end. I finished in 44'08" and at the 24th position among 187 runners. The level is not super high but still a good result. (Winner who can run about 32' on flat course ran the 10.5k in 36'29").
That was a good test and gave me already confidence for the training to come.

[One good thing in winter and especially after a good training or a race is to recover at an onsen : best thing in the world then, only for that I love Japan :-)]

Then during spring I was back to regular swims/rides/runs(a bit less) and already start to feeling well. I could see some good times on my favorite local segments on Strava for example, which is quite unusual for me during Spring.
My pace and feelings were already showing some good indicators. Let's see how it worked in the next post! 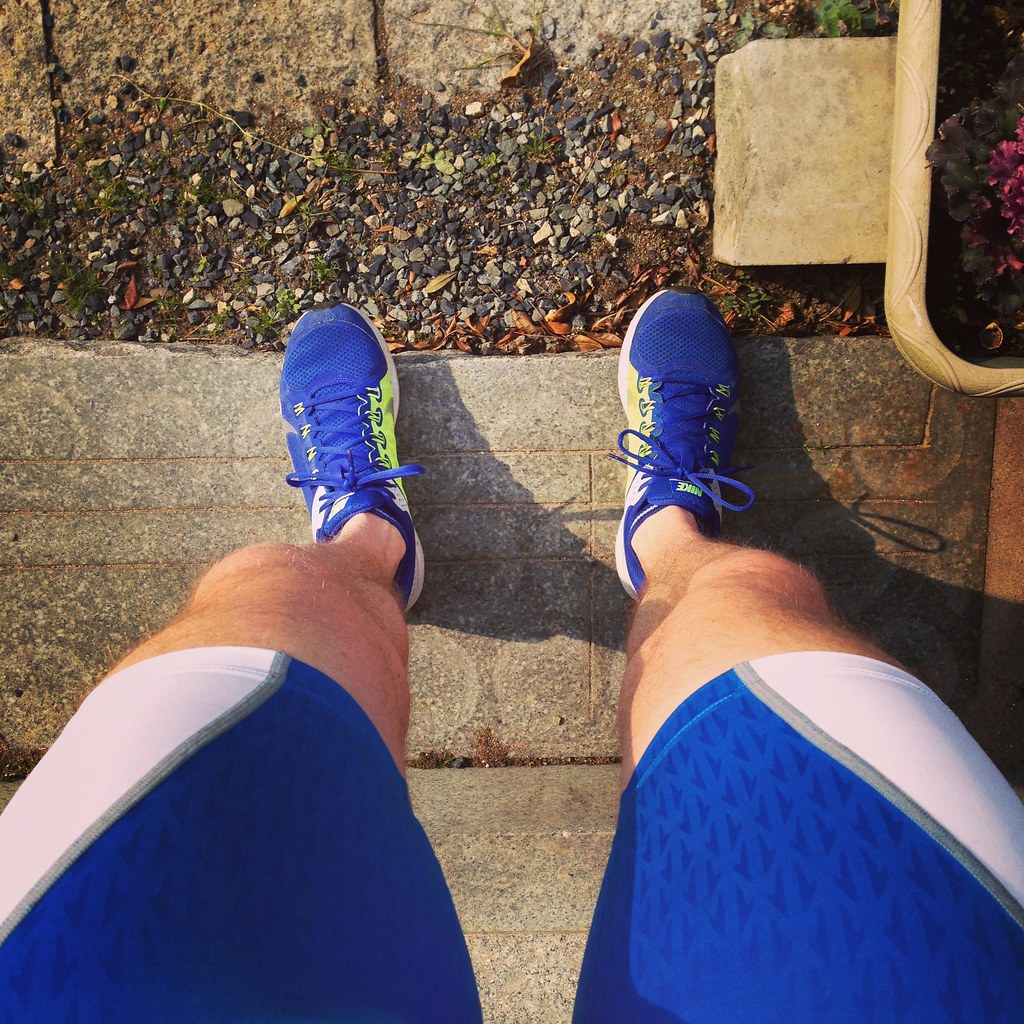 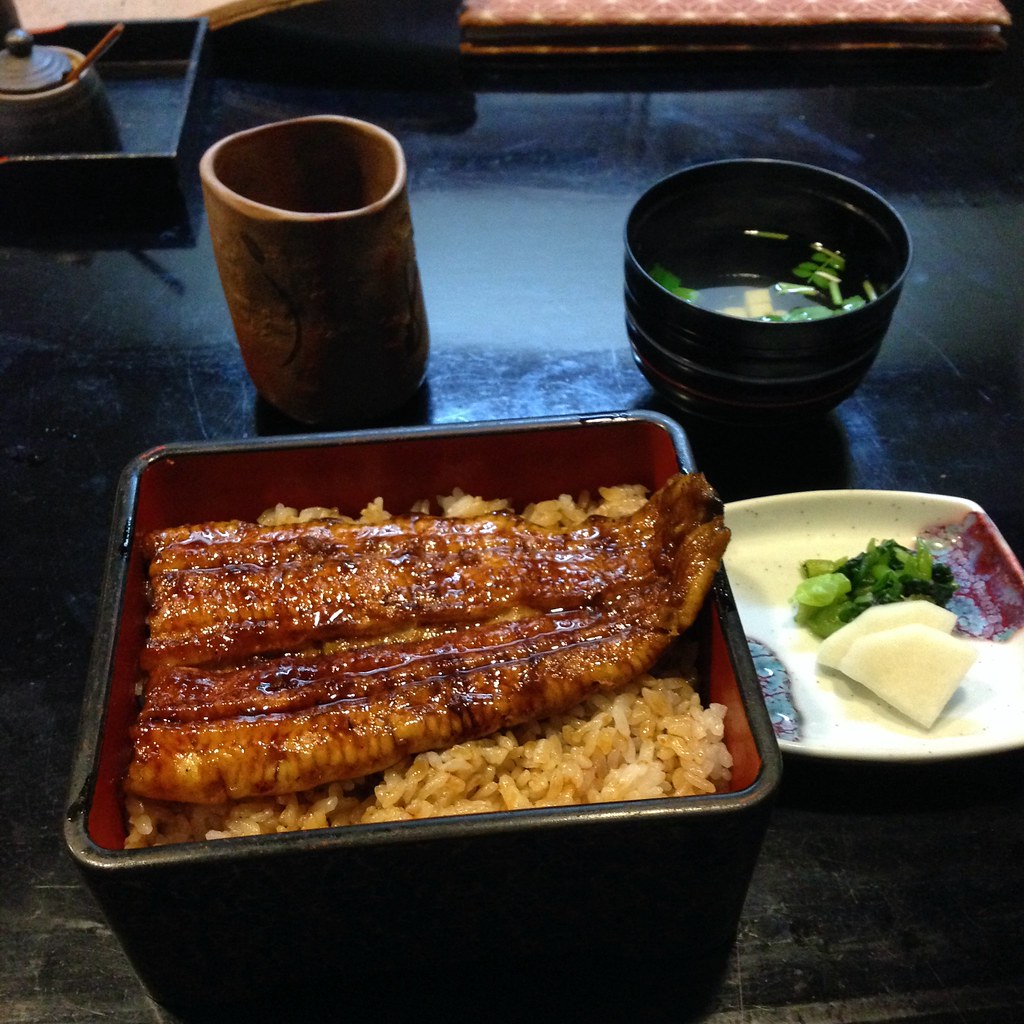 [On the right: Unagi, the Japanese eel : full of good things, it tastes great and has some awesome properties : eat some! :-)] 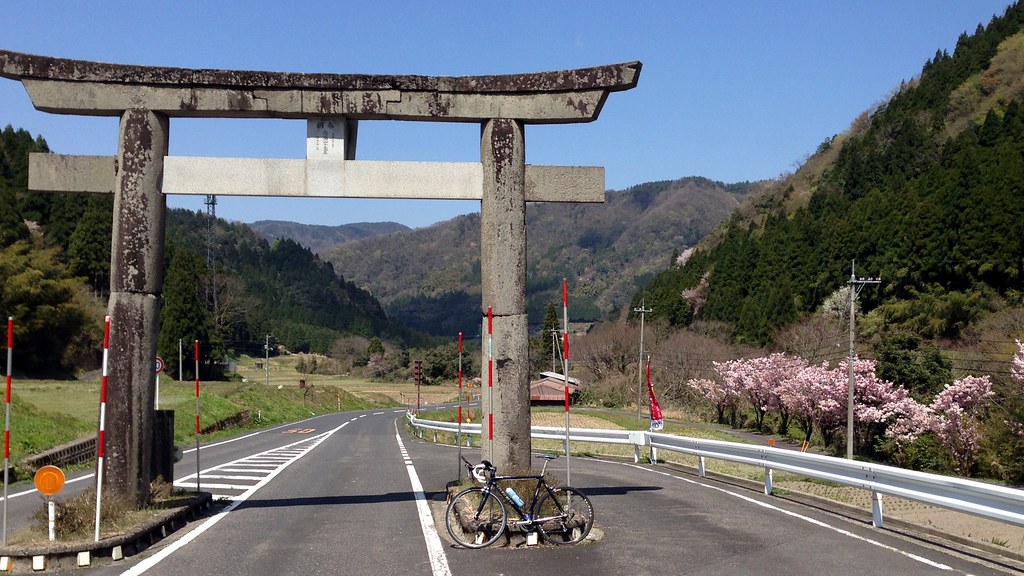 Enjoying a beautiful spring, riding the slopes of Mount Mitoku. 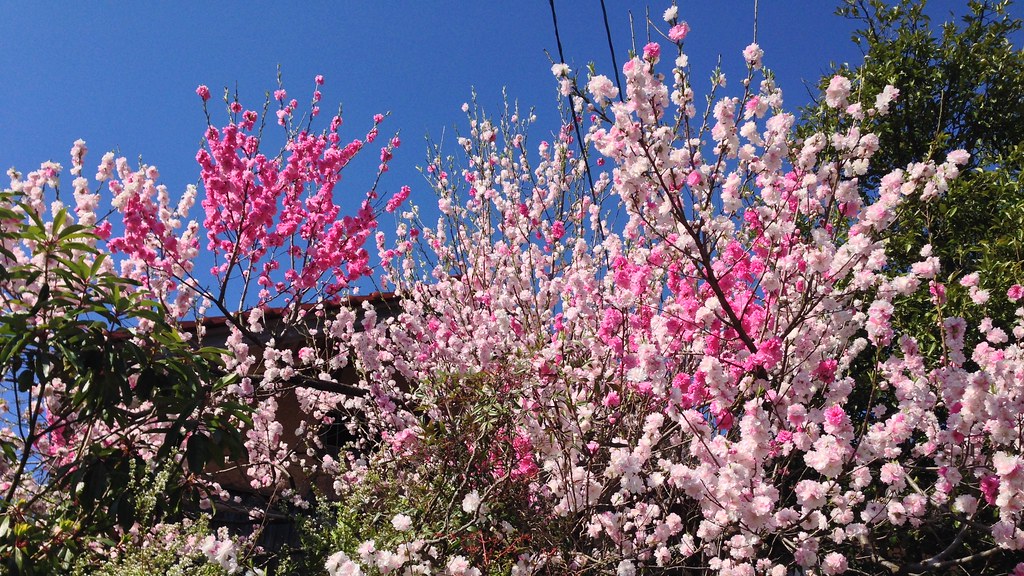 [Or riding along the Sea of Japan, some great roads to ride with few cars (as long as you don't take the by-pass road which is the main road traversing Tottori fro east to west, I see often riders on it, it is quite dangerous in my humble opinion. I rode on it a couple of times, not my cup of tea. Especially that we have so much more choice around) 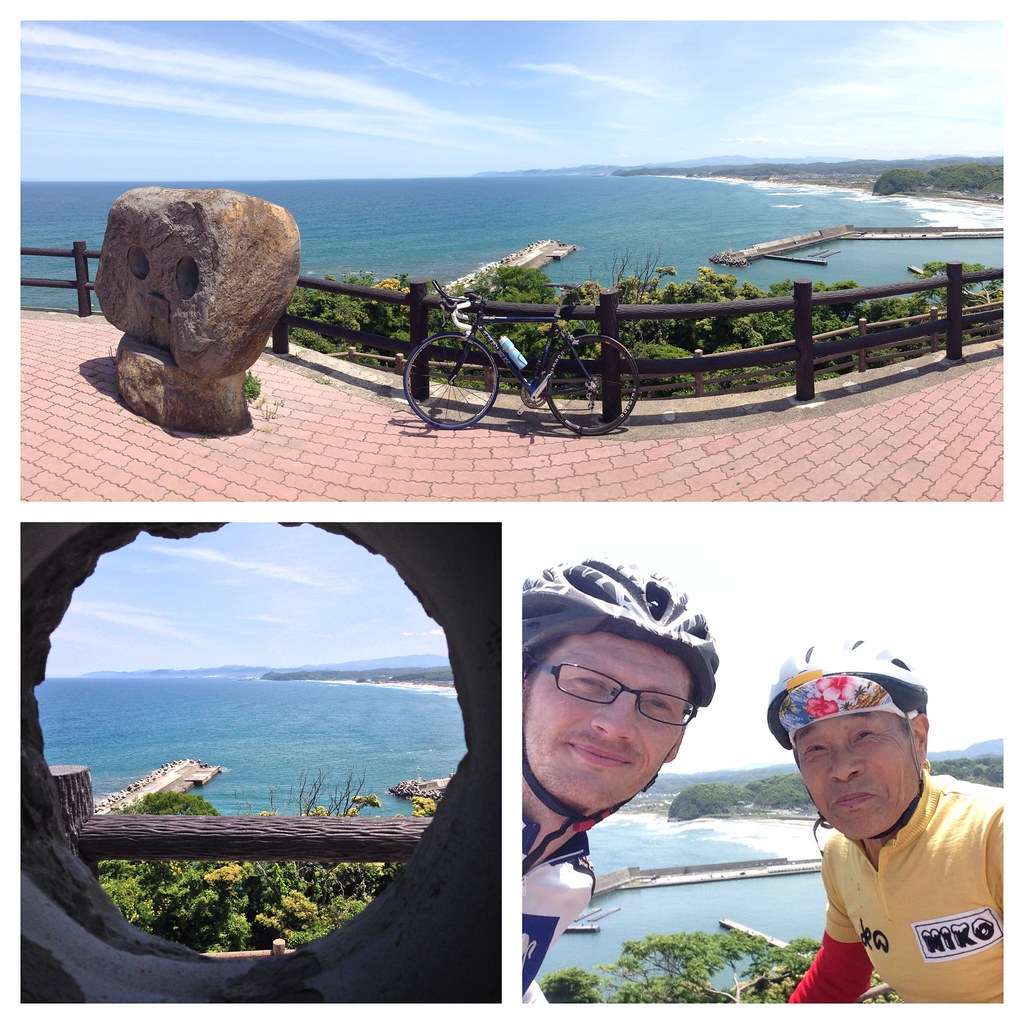 [Pic with a grand-pa who was riding the opposite way, you've got to love his style.] 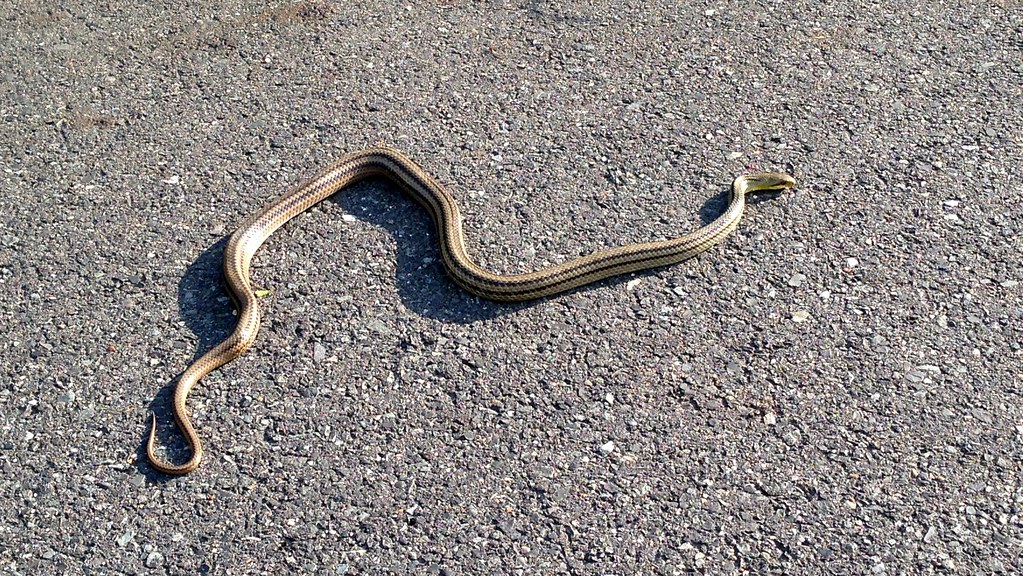 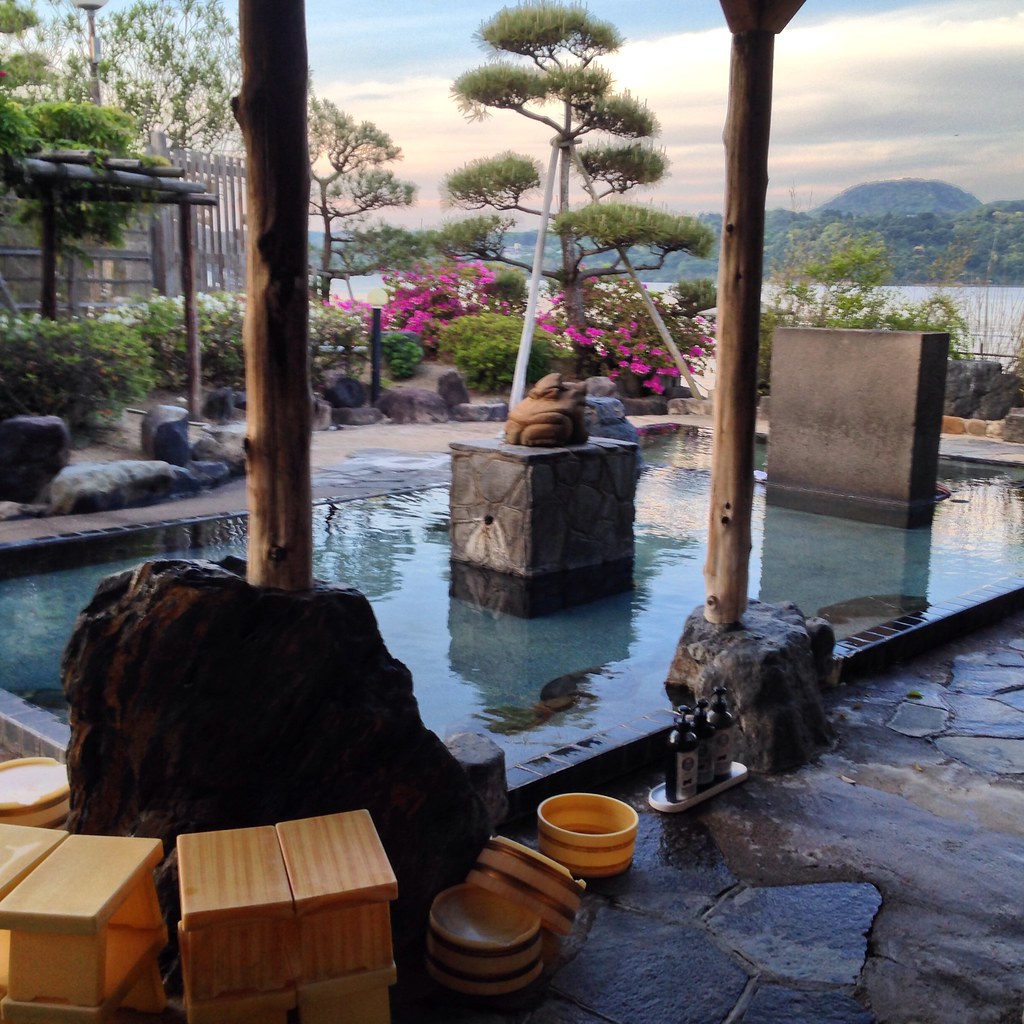 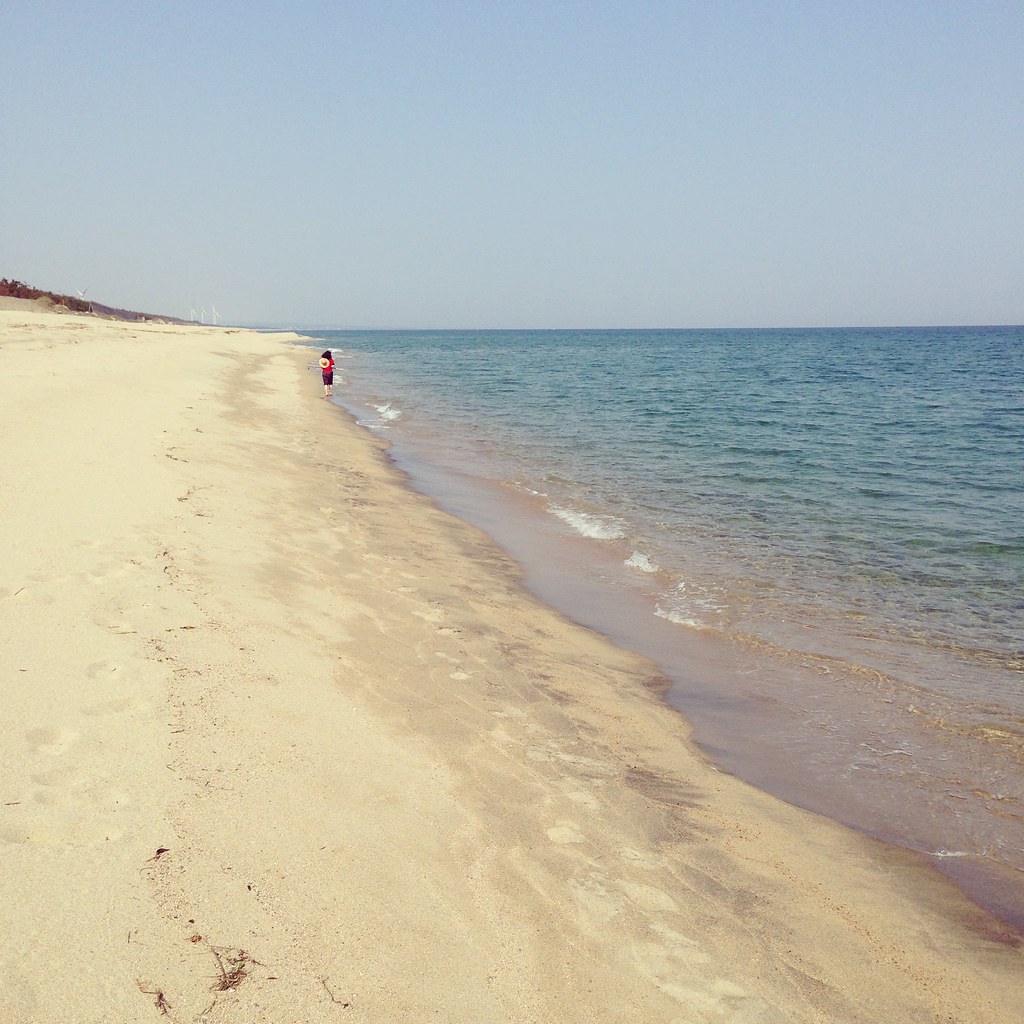 [Left : an other great Onsen near Lake Togo, Right : the beach, 500m from home, nice but can't really swim here because it's near the river and it's a bit dangerous, that said it's perfect for a splash after a hot summer ride/run. I can swim just few Km from here anyway.] 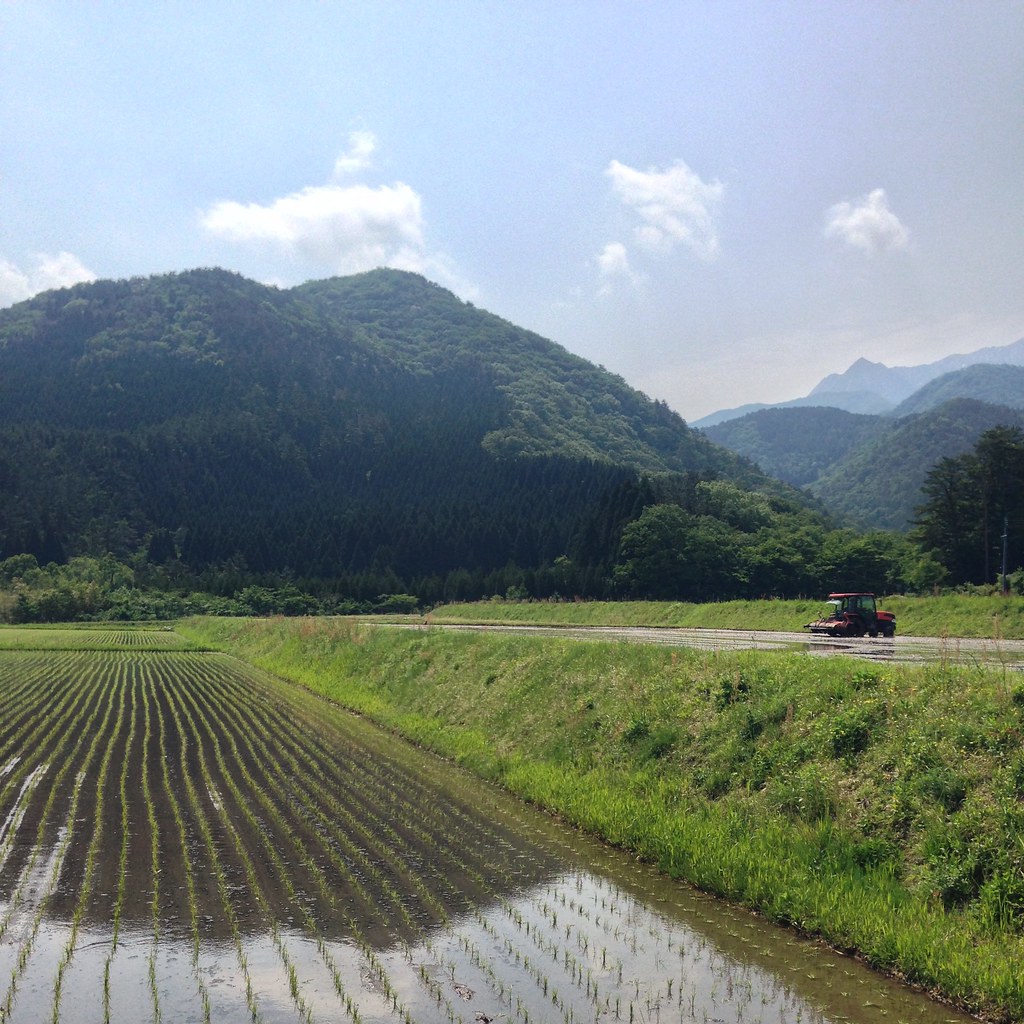 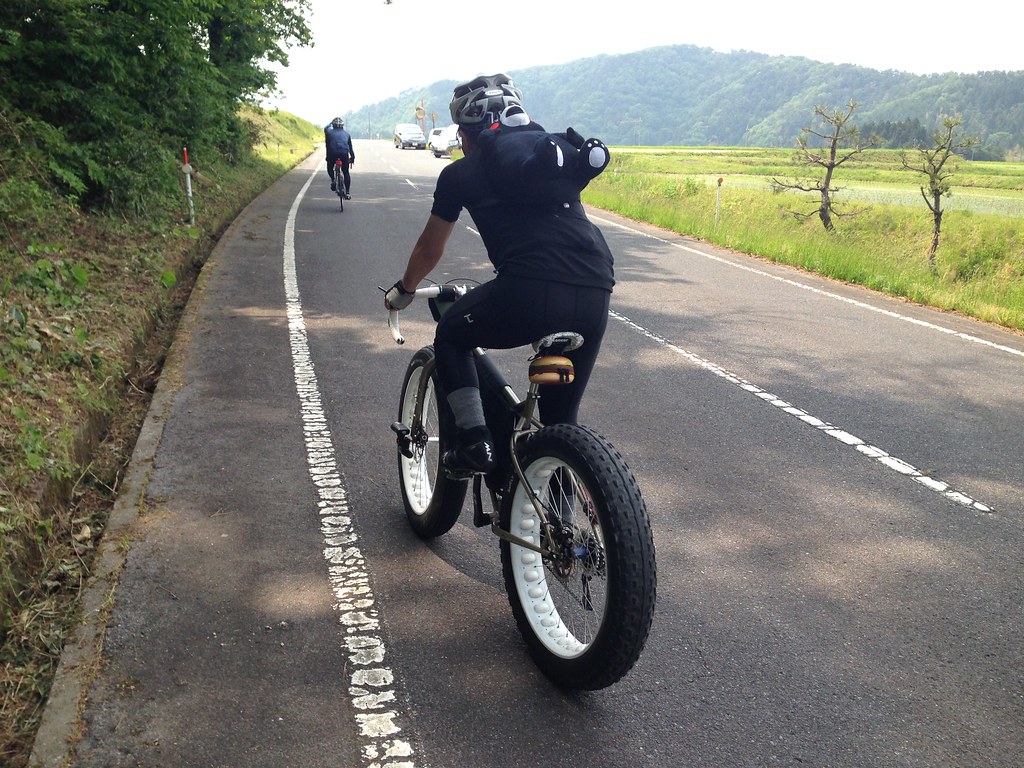 [In May I stupidly missed the registration for the Tour de Daisen, really too bad as it was a great day, I eventually volunteered on the course at an aid booth, the rider on the right amazed me, riding such a bike for 83k of mountains...wow...]

Well next post (coming soon I hope) will be about my race at the Hawai Triathlon in Yurihama.

I was ready for it, even already got my recovery drinks ahead of it at the Daisen Beer Fes' ;-) 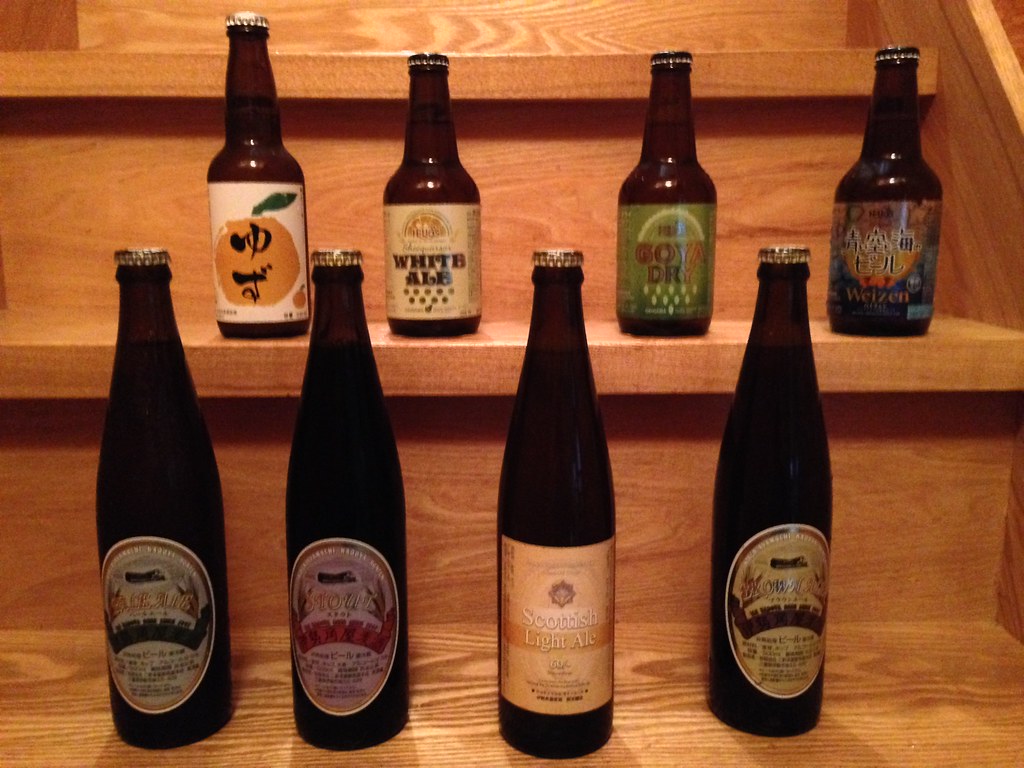 Only local beers from different places in Japan